With stunning scenery, captivating regional history and one-of-a-kind destinations, the Mountain State is sure to intrigue student groups. Whether seeking an unforgettable outdoor journey or a look into America’s past, students will discover endless educational experiences in West Virginia.

Lose yourself at Lost World Caverns in Lewisburg. A National Natural Landmark, these underground natural series of caverns offer students endless educational opportunities. Filled with stalagmites, flowstone, curtains, rimstone, dome pits and waterfalls, here students can descend 120 feet below earth’s surface and explore the wondrous caves. Different formations include Snowy Chandelier, one of the nation’s largest compound stalactite or War Club, a 28-foot stalagmite made famous in 1971 when Bob Addis became a Guinness Book of World Record holder for sitting on the structure for nearly 16 days. 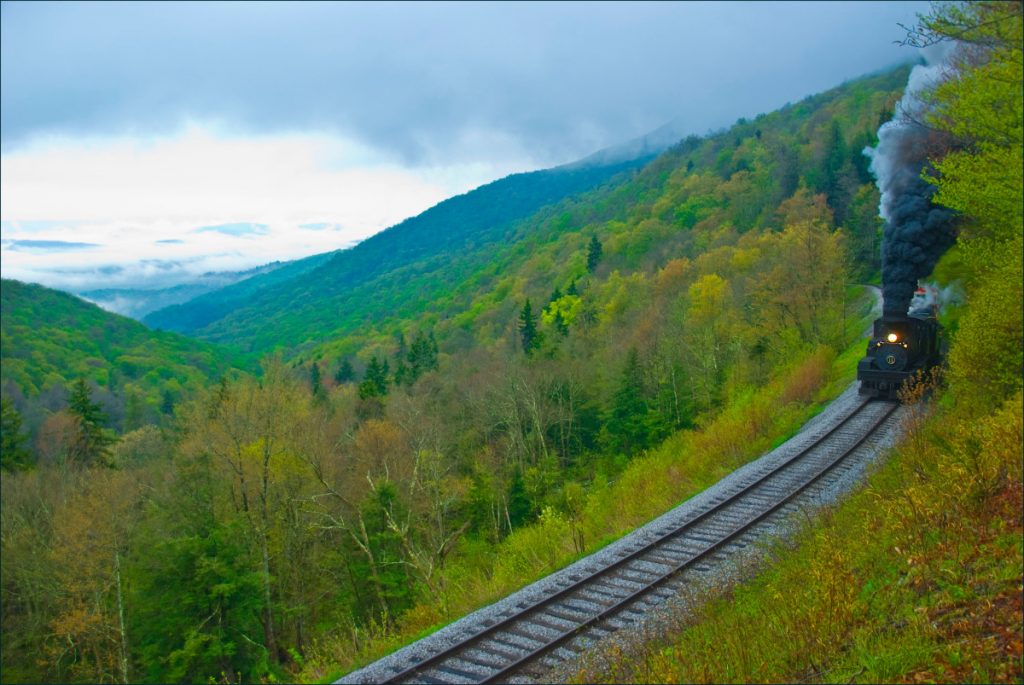 Discover West Virginia’s breathtaking scenery at Cass Scenic Railroad State Park. A steam-driven locomotive will transport students to an abundant land of history and nostalgia while they observe the state’s vast wilderness. Student groups can choose between a two-hour journey to Whittaker Station, a five-hour round trip to the ghost town of Spruce or a five-hour round trip to Bald Knob, the third highest point in West Virginia. 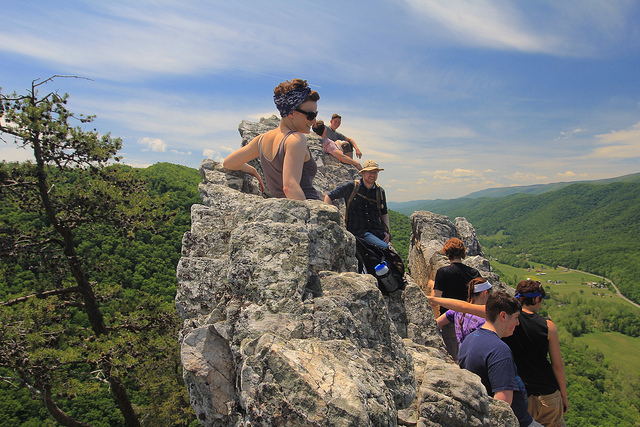 Declared a National Historical Park in 1963, Harpers Ferry National Historical Park is a perfect destination for student group travelers. Visit the Lower Town and students can explore the exact site where George Washington persuaded the government to form a national armory and arsenal. The park contains historical museums and sites, including the location where John Brown led his famous raid in 1859, John Brown’s fort, the John Brown Museum, the Civil War Museum and the Industry and Restoration Museum.

Established in 1976, the Cultural Center in Charleston provides students educational experiences pertaining to West Virginia’s artistic, cultural and historic heritage. The center also houses the West Virginia State Museum, providing lesson plans to teachers such as “A Sense of West Virginia,” “Time Warp from Frontier to Prehistory” and “War, What is it Good For?” where students use online resources and their museum experience to answer questions about West Virginia’s role in the Civil War. 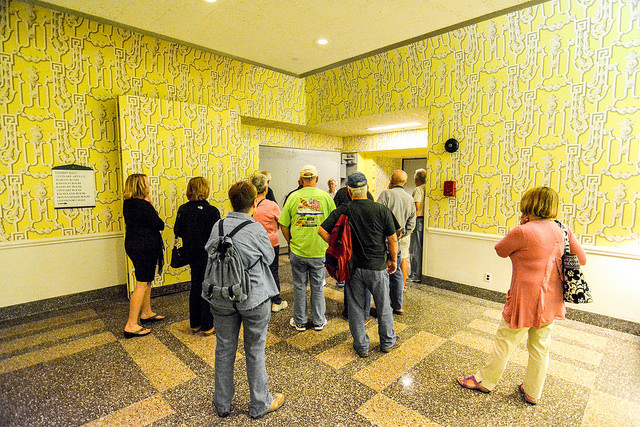 The Congressional Bunker in White Sulphur Springs is sure to fascinate any history buff. During the Cold War, a time when the country lived in constant fear of nuclear bombing, West Virginia sheltered a top secret survival bunker built with U.S. tax dollars in order to protect members of the U.S. Senate and House of Representatives. The bunker remained a secret until 1992 and began providing educational tours in 1995. After passing through the bunker’s indestructible vault door, student groups will be taken only to certain areas of the bunker, including the decontamination area, the Spartan dormitories, the cafeteria and the hospital.

Only in West Virginia 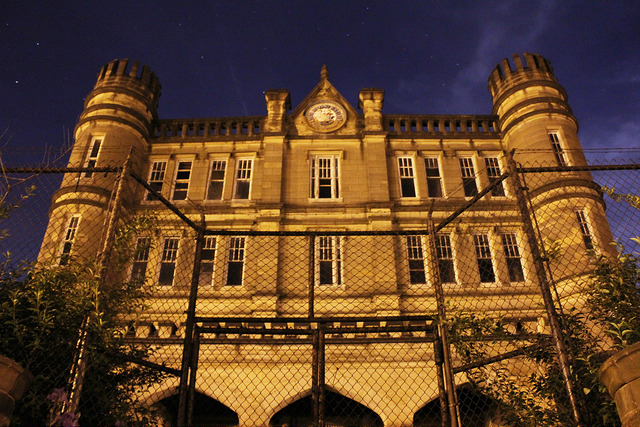 For thrill-seeking student group travelers, visit West Virginia Penitentiary in Moundsville. Established in 1876, this gothic prison is filled with educational experiences and is listed on the U.S. National Register of Historic Places. Students can learn why the prison was initially built, what types of jobs prisoners had at the time, the story behind Ronald Turney Williams’ prison break in 1979 and the original “Old Sparky” execution chair. Aside from the daily tour, student groups also have the opportunity to take a “Twilight Tour”, a 90-minute exploration tour providing students historical and paranormal information and a chance to independently roam the halls of the so-called haunted prison. 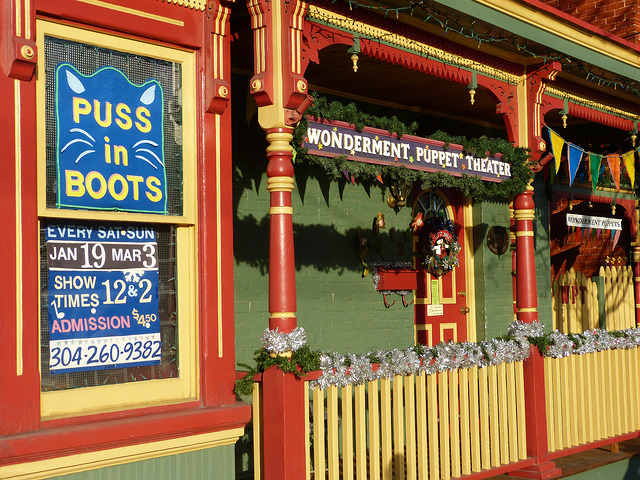 The Wonderment Puppet Theater in Martinsburg is a one-of-a-kind destination only to be found in West Virginia. Founder Joe Santoro had been performing puppet shows for years throughout state parks, county fairs, TV shows and private parties, but wanted an official establishment for his craft. Due to this, he opened his own puppet theater in 2007. Today, student groups can attend various puppet shows, including “Rabbit Saves the Day,” “Nutty Nutcracker” and “The Three Pigs Circus” with acts including singing ducks, a dancing robot clown and a shark who thinks he’s a cat. 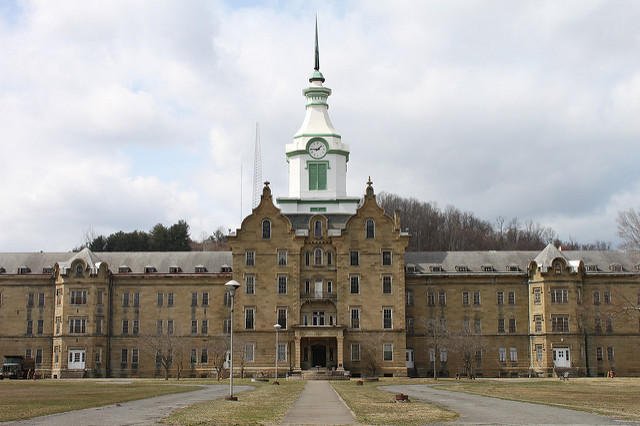 With sightings, strange sounds, mysterious voices and reports of paranormal activity, the Trans-Allegheny Lunatic Museum in Weston is an ideal destination for any adrenaline junkie. Established in 1864, this Kirkbride psychiatric hospital served as a sanctuary for the mentally ill for over 100 years. A National Historic Landmark, the museum holds historic tours highlighting the history of the treatment of the insane, the national effect of the Kirkbride Theory, the Civil War section of the museum, architectural history of the facility and medical procedures used throughout the years.