Offering students an in-depth educational experience, aquariums provide an up-close look at marine life and insight into animal preservation. But students will see more than fish—many aquariums are home to birds and mammals as well. Here is a dozen top aquariums around the country:

With more than 16,000 animals, from turtles and stingrays to monkeys and sloths, this aquarium offers hours of fun for student groups. The new exhibit “Jellies Invasion: Oceans out of Balance” allows visitors to gawk at colorful jellyfish and learn about their place in the ecosystem. One exhibit not to miss is the interactive “Australia: Wild Extremes,” with its free-flying birds, freshwater crocodiles, turtles, fishes, snakes and lizards, all as you stroll through the bottom of a gorge. The exhibit “Maryland: Mountains to the Sea” houses bullfrogs, blue crabs, turtles and various fish.
One option for student groups is the chance to create a specialized aquarium adventure with the “customized programs” offer. With this option student planners can pick a few special exhibits such as behind-the-scenes tours, scavenger hunts and shark presentations to accompany the general admission. 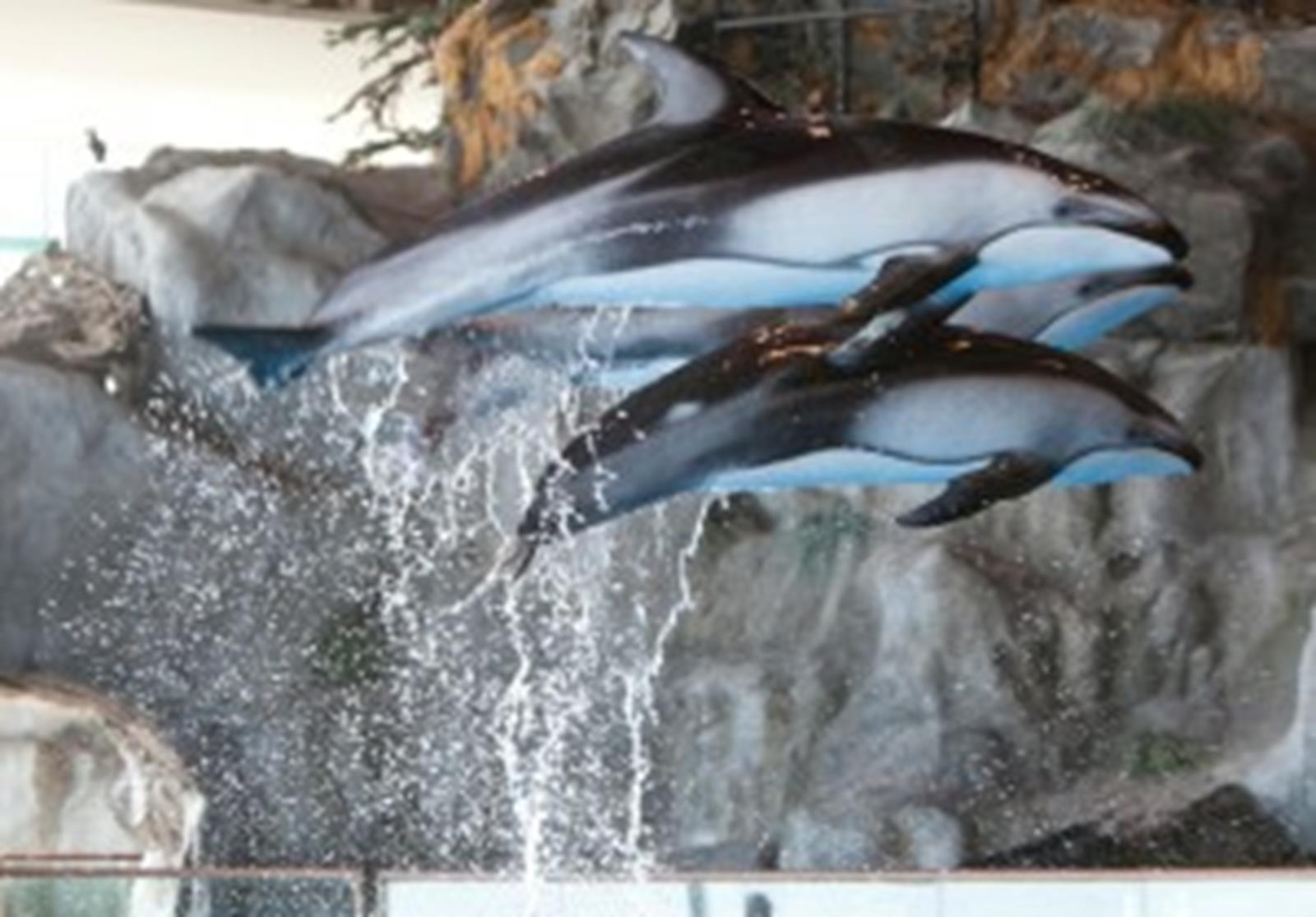 The Abbott Oceanarium, the aquarium’s showpiece, is split into two levels, above the waterline and below. From bleacher seats see a dolphin show and perhaps get splashed. The back windows provide a view of Lake Michigan. Below the waterline, watch the Beluga whales, dolphins and otters.

Taking a saunter through the aquarium, visit the “Caribbean Reef,” where a diver interacts with animals in the tank (like a green sea turtle or moray eel) while speaking to visitors through a microphone.

Other exhibits are “Amazon Rising,” which showcases anacondas, piranhas and spiders, and “Waters of the World,” where visitors can travel the world through 80 different habitats, from rivers to oceans.

Ever have the desire to touch a shark? That desire can be fulfilled here. With more than 70 sharks, Adventure Aquarium has one of the largest shark exhibits on the East Coast. Visitors are able to touch white-spotted and brown-banded bamboo sharks, coral cat sharks and zebra bullhead sharks. If the up-close and personal experience isn’t for you, view the creatures in a 40-foot shark tunnel.

Aquarium of the Pacific

Visitors can see more than 19 major habitats representing all parts of the Pacific Ocean. In the “Southern California and Baja” section, witness species like the giant spined sea stars and California scorpion fish as well as a sea lion and seal exhibit. “Shorebird Sanctuary” is home to birds, fish, and native plants. The sea otter habitat is a highlight of the “Northern Pacific” gallery. In the “Lorikeet Forest” students are transported to the coastal lowlands of Australia with a winding path lined by a waterfall and trees where free-flying lorikeets can land on them. By purchasing a small cup of nectar, students can feed the lorikeets. 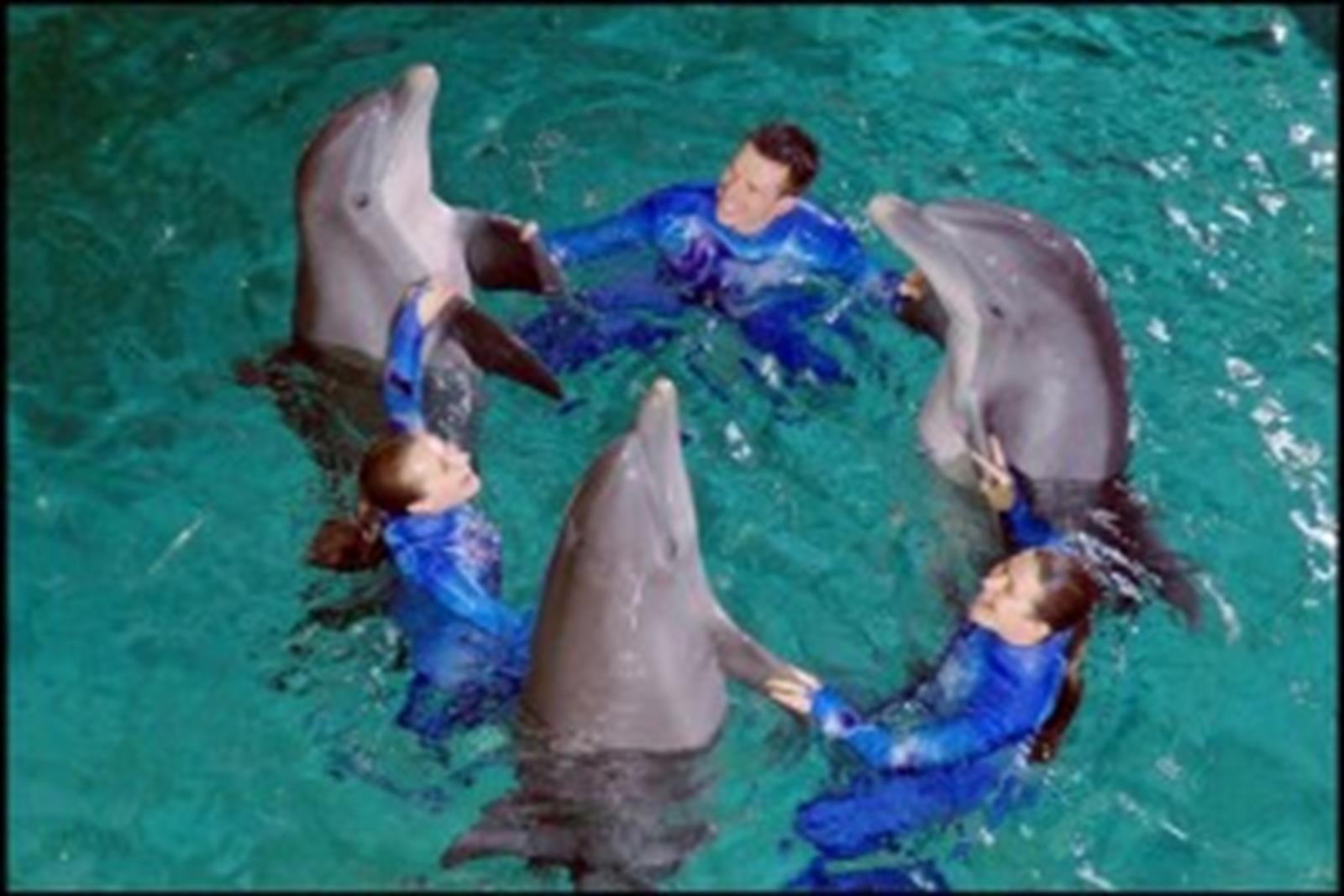 The “AT&T Dolphin Tale” show features actors and dolphins coming together to perform a play that reflects the importance of maintaining a balance between animals and humans. In the “Georgia Explorer Exhibit” visitors can touch horseshoe crabs, sea stars, stingrays and shrimp in the touch pools. The newly opened “Frogs—A Chorus of Colors” is home to 15 different species including the colorful poisonous dart frog. A pathway with a waterfall and rock ledges exposes visitors to the sights and sounds of the frogs in their natural habitats.

Students can learn how to operate a large aquarium through the educational program “Aquarium 101.” “Animal Behavior” shows students a few training methods and offers tips on maintaining the animals’ health and safety.

Begin the experience in the world’s largest freshwater aquarium with the “River Journey,” where visitors can see river otters, turtles, alligators, giant catfish and thousands of other freshwater wonders. In the new exhibit “River Giants,” they can see prehistoric-looking fish. In “Ocean Journey” students can see penguins and sharks, and perhaps interact with scuba divers. Jewel-toned butterflies flutter around guests in the Butterfly Garden.

Educational films in the six-story IMAX Theater show fish, sharks and other species that seem to jump off the screen and into the seats. With the “Lunch-n-Learn” program, students view one of the films while enjoying a lunch provided by the aquarium. 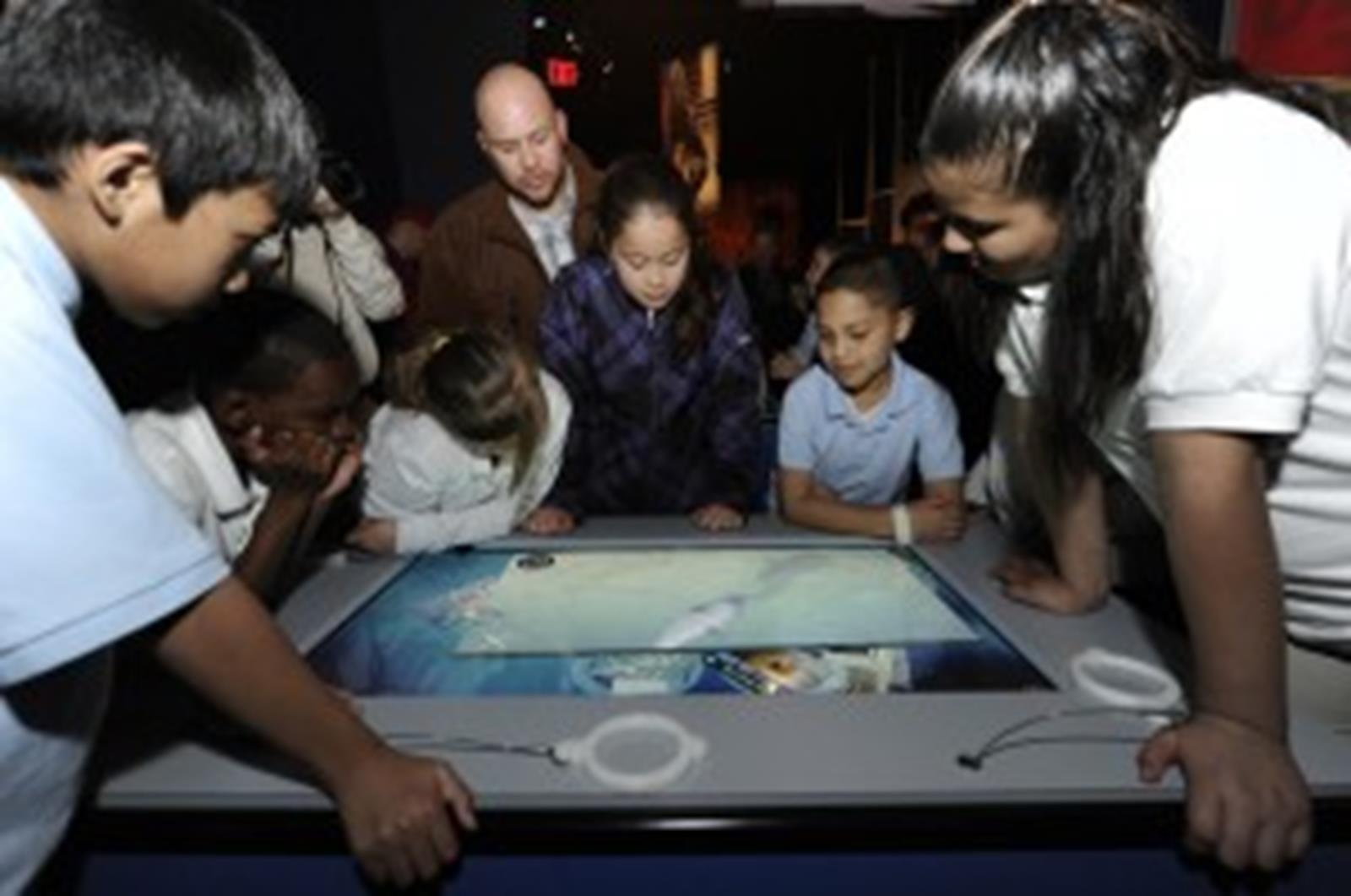 For a unique look into the Titanic, visit the “Titanic—12,450 Feet Below” exhibit, where students can view its entire history; from its construction and the night it sank to recent discoveries.

In one of the exhibits is a lighted iceberg sculpture—cold to the touch—where the sounds of Morse code fill the room and facts about the fateful night appear on the walls. Students also can view footage of finding the ship and interviews with Dr. Robert Ballard, who discovered the Titanic. One portion of the exhibit is dedicated to the passengers.

Be sure to visit the sea lions, as they have added three new pups, and view the California sea lions that star in the daily shows.

Upon entering the large central atrium, see the “Giant Ocean Tank,” a simulated Caribbean reef that houses sharks, sea turtles, stingrays, eels, barracudas and other fish. Look out for Myrtle, the resident sea turtle that has lived in the aquarium since the 1970s. Student groups can participate in a “Giant Ocean Tank Talk” or watch the divers feed the animals.

“The Trust Family Shark and Ray Touch Tank” allows guests to reach out and gently stroke cownose rays, bonnethead sharks, Atlantic rays and epaulette sharks as they swim through the mangrove-themed tank.

This six-acre building is home to more than 200 species of aquatic life. In the “Louisiana Swamp,” students can explore the marsh and bayous of the Gulf Coast, home to gators, alligators, snapping turtles, spotted gar, crayfish and catfish. Travel back to an old Mayan temple in the “Sunken Temple” exhibit where tarantulas and puffer fish live. Don’t miss the tiger reticulated python, which is over 20 feet long. Explore the “Discovery Rig,” where the shark nursery houses baby bamboo sharks and shark eggs.

A unique exhibit is the “White Tigers of the Maharaja’s Temple,” where students can view white tigers resting and playing in the ruins of an ancient temple. The aquarium offers conservation information on how to help the tiger cousins in the wild.

This aquarium is part of the Audubon Nature Institute, which also maintains a zoo and an insectarium. “Parakeet Pointe” is home to more than 100 parakeets; purchase a seed packet and feed the birds as they fly around. Another highlight is the penguin exhibit, home to rockhoppers from South America and African penguins.

Walking around the “Mississippi River Gallery,” gaze into the blue eyes of Spot, the famous white alligator. Thought to be albino, he’s really luecistic, a gene mutation that gives him his lack of color. Also be sure to see the catfish, sturgeon and paddlefish. 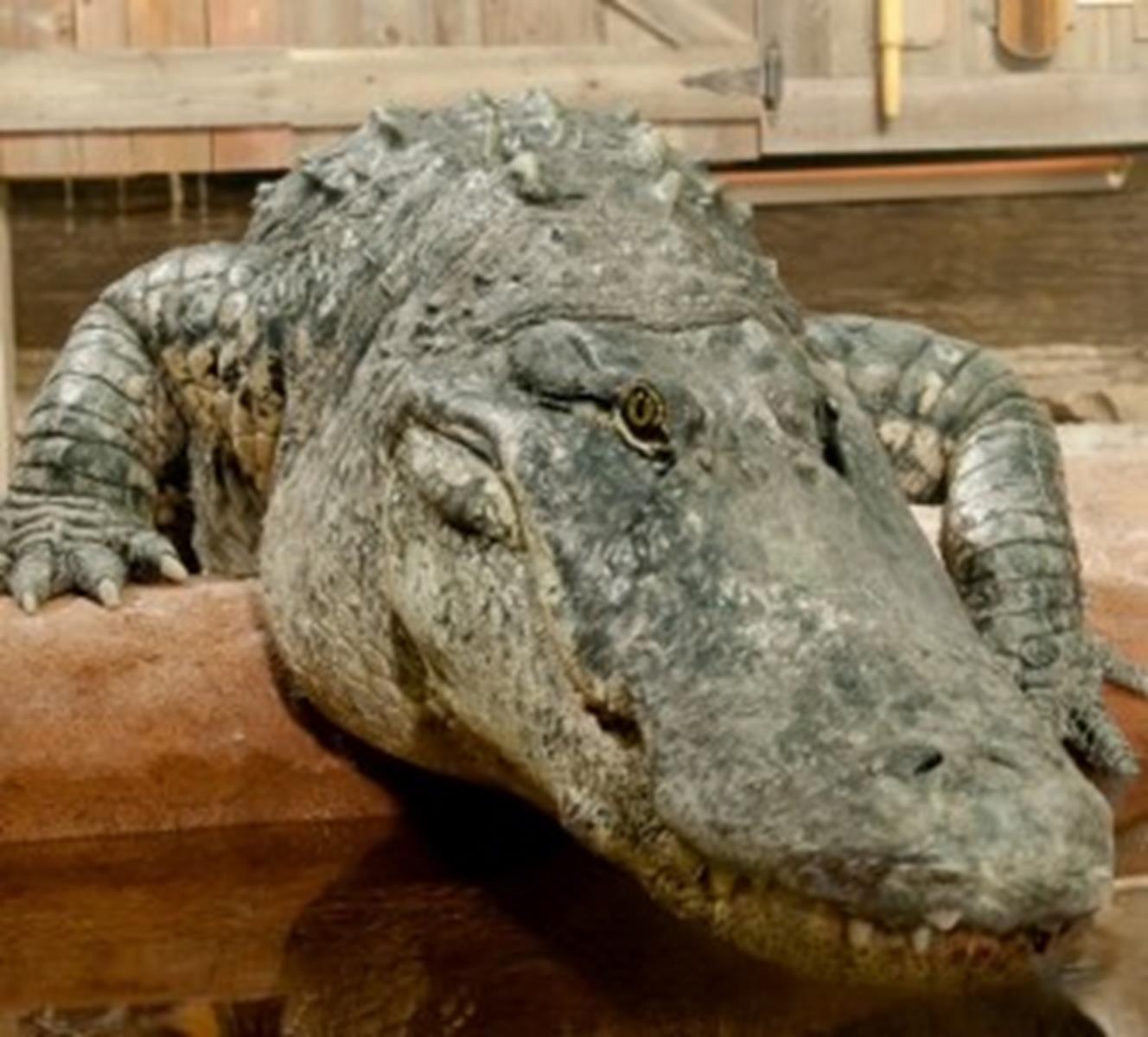 Among the aquarium’s 70 exhibits in 14 galleries is “Dangerous and Deadly,” which features the misunderstood inhabitants of the aquatic world, such as the stonefish, lionfish and piranha; also see a 100-year-old alligator snapping turtle named Thunder. Take a trip down “Gator Alley,” where students can meet Mighty Mike, a 14-foot, 800-pound gator. In the “Shore Gallery” students can discover fish that have four eyes and fish that can walk right out of the water. In the Kroger Penguin Palooza, witness the penguins of the Antarctic.

Special opportunities for students are the “Learning Adventure” options that allow planners to choose from a variety of up-close and personal experiences such as, “Croc Talk,” “Fabulous Frogs,” “Sharks for Real” and “All about Penguins.”

In the “Wetlands Gallery,” students walk through a glass-paneled dome that allows natural sunlight and warmth for the animals and foliage to survive in this “natural” exhibit. The gallery contains free-flying blue herons and white ibis. View one of the daily otter shows or “Animal Encounter” shows at the Wetland stage.

At the “Coral Reef” exhibit, students have the opportunity to “Swim with the Fishes” or “Dive with the Sharks.” Students can see Flip, the endangered green sea turtle or a large sand tiger shark. The Coral Reef exhibit is home to more than 100 species, a majority native to Florida.