Adventure Lures Students to the Land of Lincoln 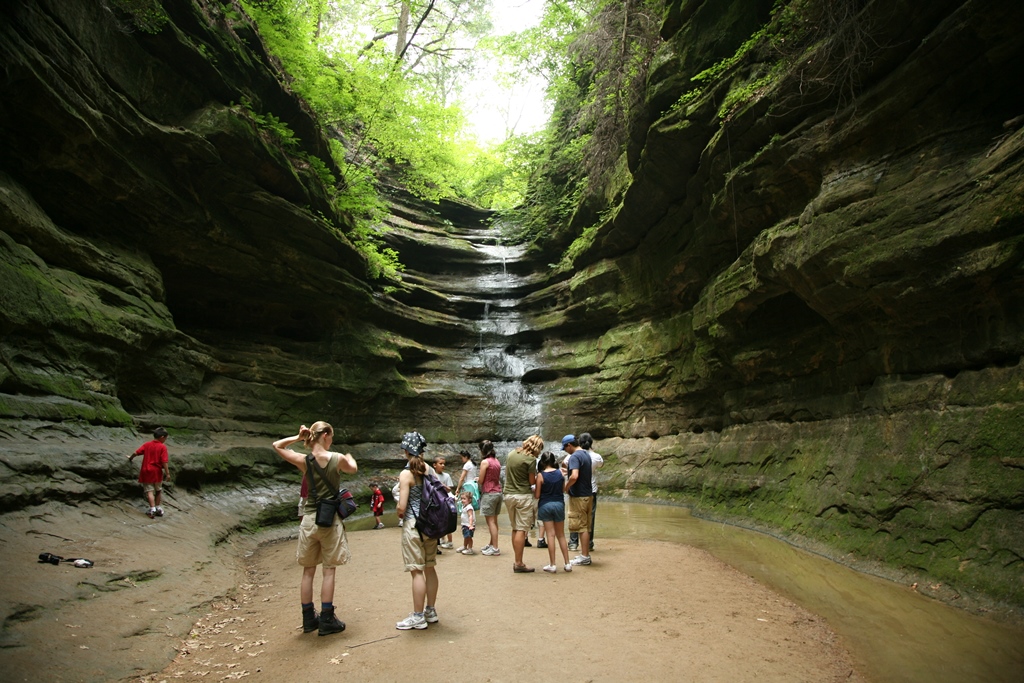 Cursed sports teams. Deep dish pizza. Al Capone. The Sears Willis Tower. Every year, millions of people flock to Chicago from all around the globe to experience one of the most culturally diverse cities in the world. However, many of these tourists might be surprised to find out that the humbler parts of Illinois offer just as much excitement as the Windy City. From rocky bluffs where Native Americans roamed to the impressive tomb that protects the remains of Abe Lincoln, Illinois is overflowing with attractions that your students are sure to love.

Chicago: Museum Capital of the US

Take a hike through our solar system at Adler Planetarium. Meet the planets, comets, moons and asteroids that orbit around our sun and learn how the U.S. put the first man on the moon. See the constellations that graced the Chicago sky back in 1913, and discover celestial wonders that are now blocked out by light pollution. Afterwards, swing by the planetarium’s Through the Looking Glass exhibit and learn about the world’s most important telescopes. 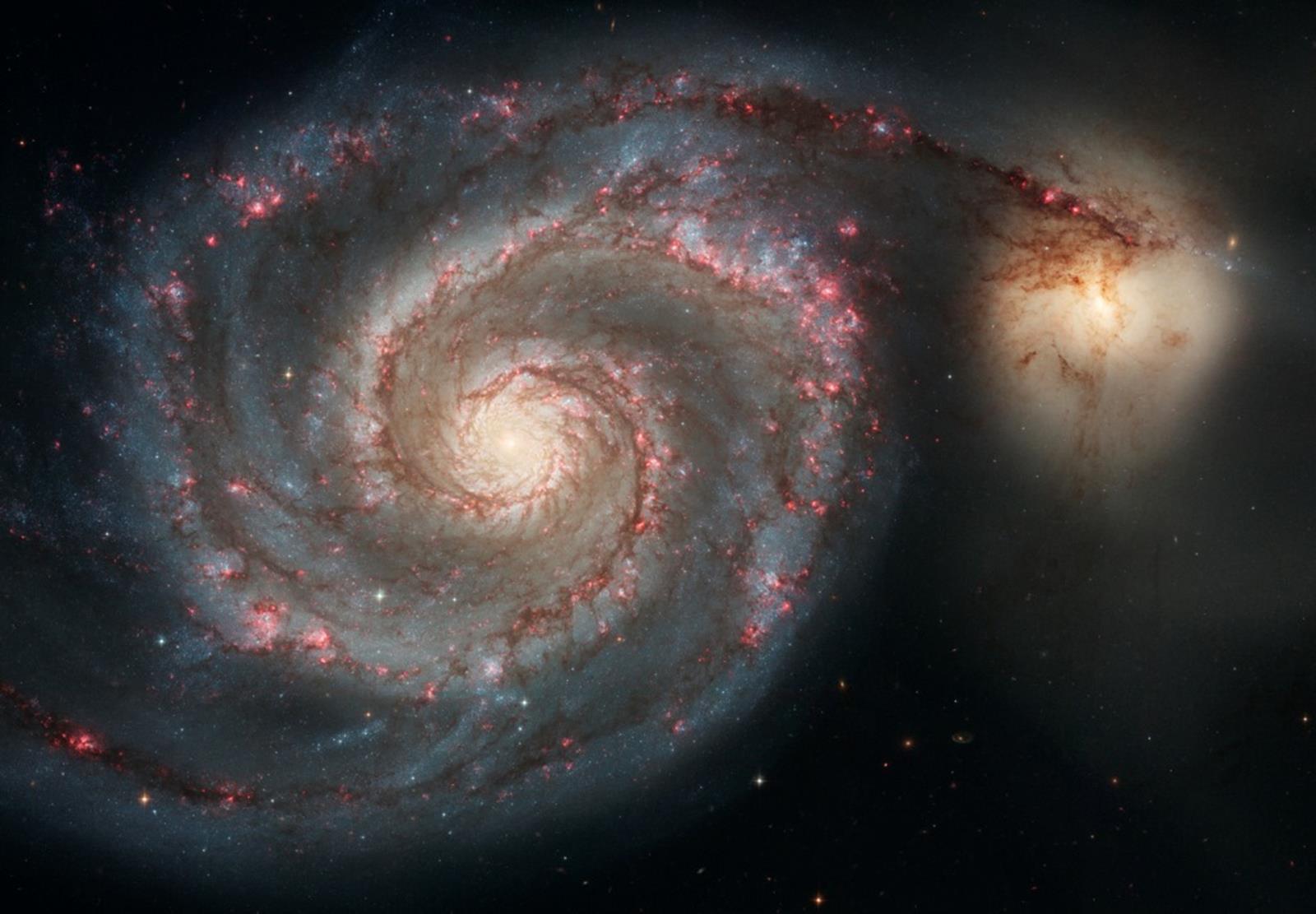 The Whirlpool galaxy, as seen from one of the world’s best telescopes. Credit: Adler Planetarium

Introduce your students to cutting-edge robots at The Museum of Science and Industry. Learn about the physics and chemistry behind natural disasters like avalanches and tornadoes and explore how man has used science to bend materials to his will. The museum offers an extensive array of hands-on opportunities in almost every scientific area and provides a variety of engaging and educational tours.

Dive into the depths of Shedd Aquarium and explore the waters of the five oceans, the Amazon, the Artic and the Midwest’s Great Lakes. Let a tour guide introduce your students to a newborn dolphin or teach them about sting rays as they pet the graceful creatures. Sit back and watch sea lions and beluga whales put on a fun and informative show, and see penguins, hammerheads and a variety of amphibians enjoy their habitats. Can’t get enough? Have your students spend a night at the museum and sleep alongside the fish.

Meet the largest T. rex that has ever been found. Shrink down to the size of bug and experience the world through their eyes. Discover a gentler side to the Vikings with the help of over 500 artifacts. Descend into the tomb of a pharaoh’s son and explore the icy world of mammoth hunters. All of this and more can be accomplished at The Field Museum, home to one of the greatest collections of historical artifacts in the entire world and is sure to impress students of all ages. 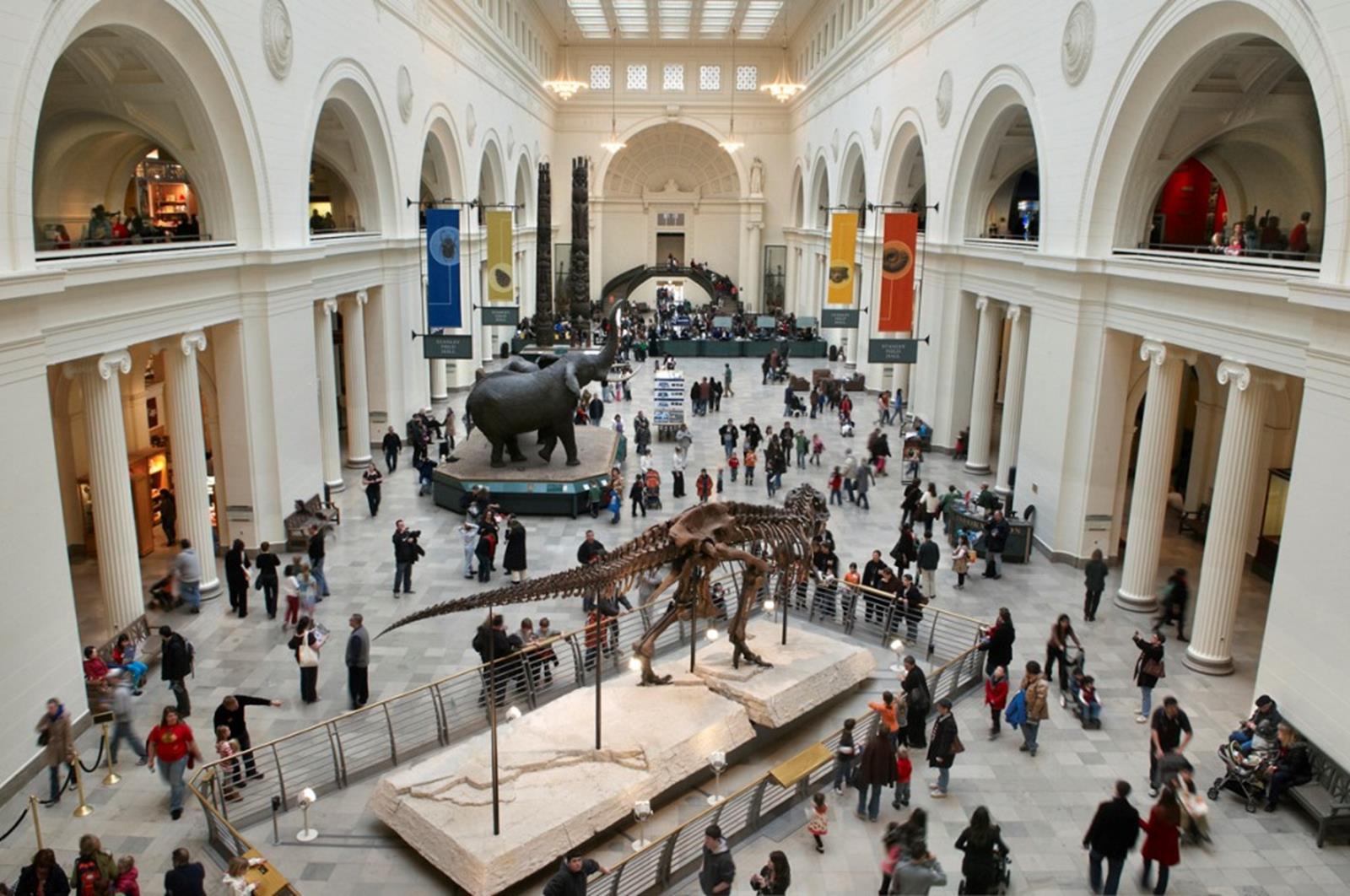 What was South America like when the Spanish governed the Andes? How did the Japanese express their religious devotion? What’s the difference between Greek, Roman and Byzantine art? Find the answers to all of these questions in the paintings and sculptures at The Art Institute of Chicago. Housing thousands of works created by cultures all across the globe, the museum is considered to be the best art museum in the entire nation.

Insider tip: save over 50% on museum admission and snag a Chicago City Pass. Spend an unforgettable nine days visiting the museums listed above, and end your experience with a scenic view of the entire city from the Willis Tower’s Skydeck. 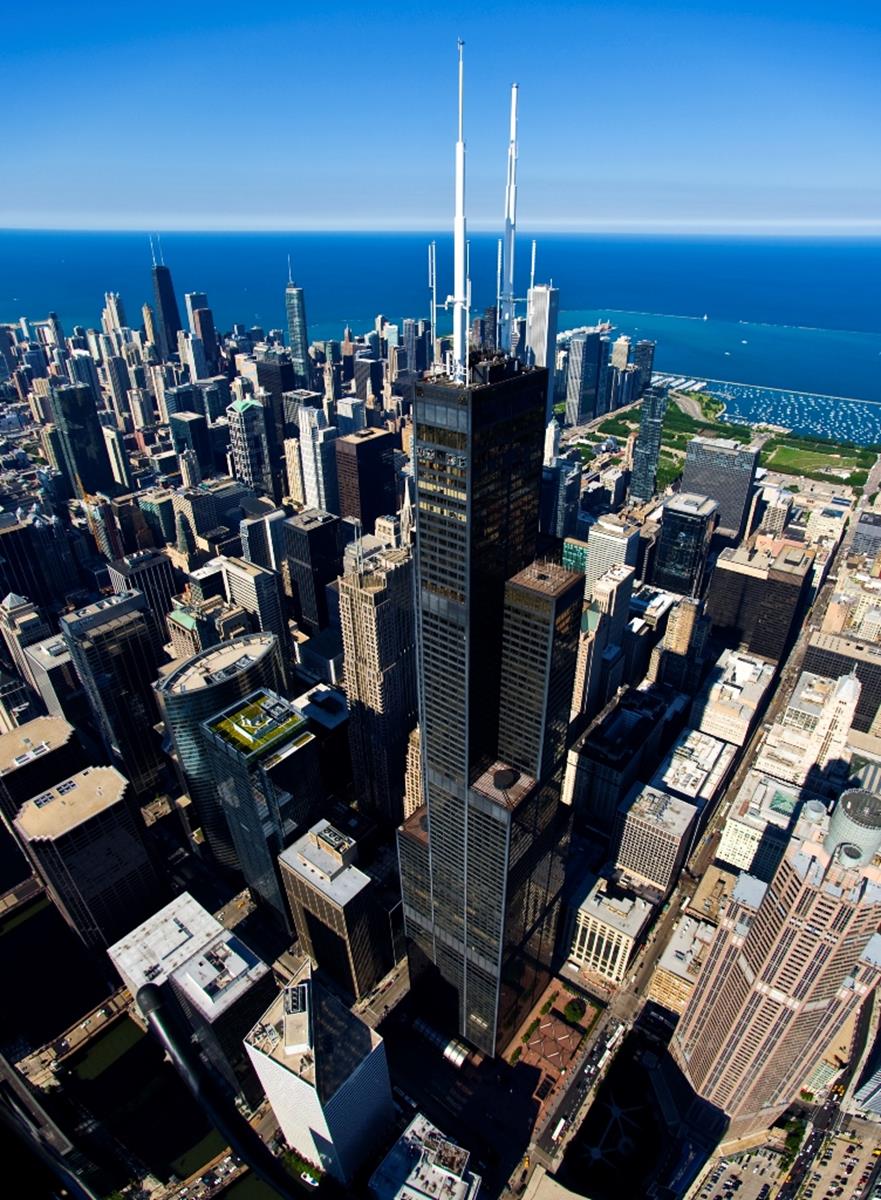 Not All Those Who Wander are Lost

My Kind of Town Tours & Events offer you and your students a plethora of tours that combine history, architecture, culture and art as you explore Chicago. Experience  food that’s almost as diverse as the city itself on the Tastee Tour. Walk through a few of the city’s beautiful gardens on the Natural North Shore Tour, or get a taste for life in 1920s on the Roaring 20’s Tour. Travel through Chinatown, Greektown, Little Italy and other famous ethnic neighborhoods on the Real Chicago Tour. Try your hand at making pizza, stroll through iconic Wrigley Field and more.

Discover Chicago’s most famous attractions on an Absolutely Chicago Segway Tour. Roll around town and let your Segway do the work as your group explores the city by day or night. Enjoy the company of a friendly and knowledgeable tour guide as you enjoy breathtaking views of Chicago’s skyline, lakefront and parks. Well-loved tours include the Haunted Tour and the Gangster Tour.

Adventures Just Outside the City

Encounter a wilder side of Illinois at Starved Rock State Park in Oglesby. Learn about the park’s treacherous history and discover the Native American tribes who gave Starved Rock its name back in the 1700s. Explore 13 miles of trails that meander over and under waterfalls and keep an eye out for some ofthe thousands of eagles who migrate to the park each year. Kayak along the bluffs of Starved Rock or explore the area’s valleys and creeks on a horseback tour that stops at a Civil War era cemetery. 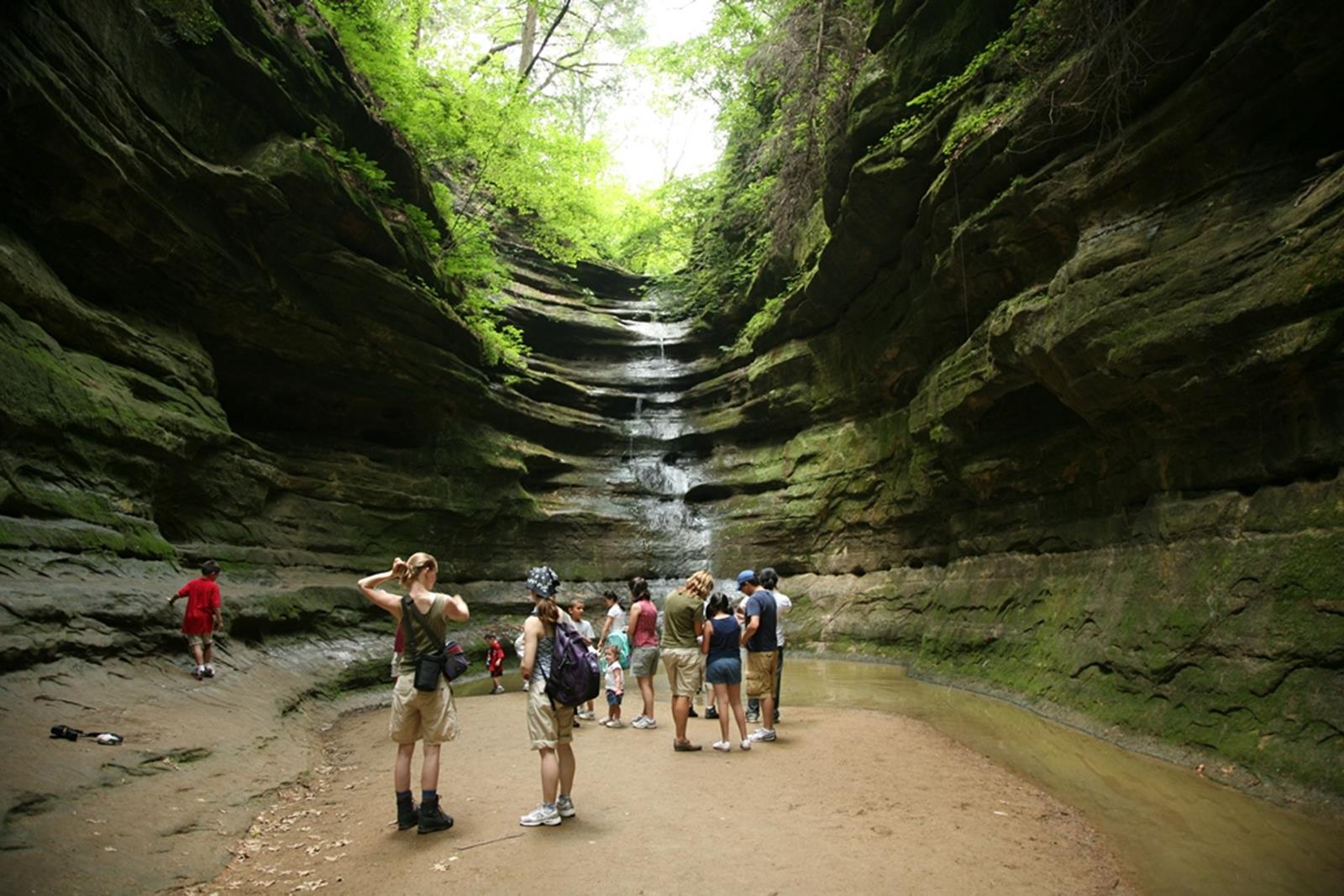 Visitors explore one of Starved Rock’s many waterfalls.

Head to Collinsville and continue to learn about the ancient peoples of Illinois at Cahokia Mounds Historic Site. At its prime, the city boasted 20,000 people and was larger than London. Today, you and your students can explore remnants of the city with an expert guide or take an audio tour the mounds. The site also offers a recreation of the village and several displays of artifacts that Cahokia’s inhabitants left behind.

Transport your students back in time to the trenches of WWI at First Division Museum in Cantigny Park, located in Wheaton. Duck and cover as you make your way along the WWII beaches of Normandy, and step lightly as you trek through the canopied jungles of Vietnam and avoid landmines. See an extensive collection of soldiers’ uniforms, awards and personal effects as well an inventory of weapons and vehicles. At the end of your adventure, step outside and explore the 500-acre park’s famous gardens and tanks. While you’re at Cantigny, make sure not to miss out on a tour of Robert R. McCormick Museum, the former estate of Chicago Tribune publisher Colonel Robert R. McCormick. The mansion’s secret meeting room is always a huge hit with students. 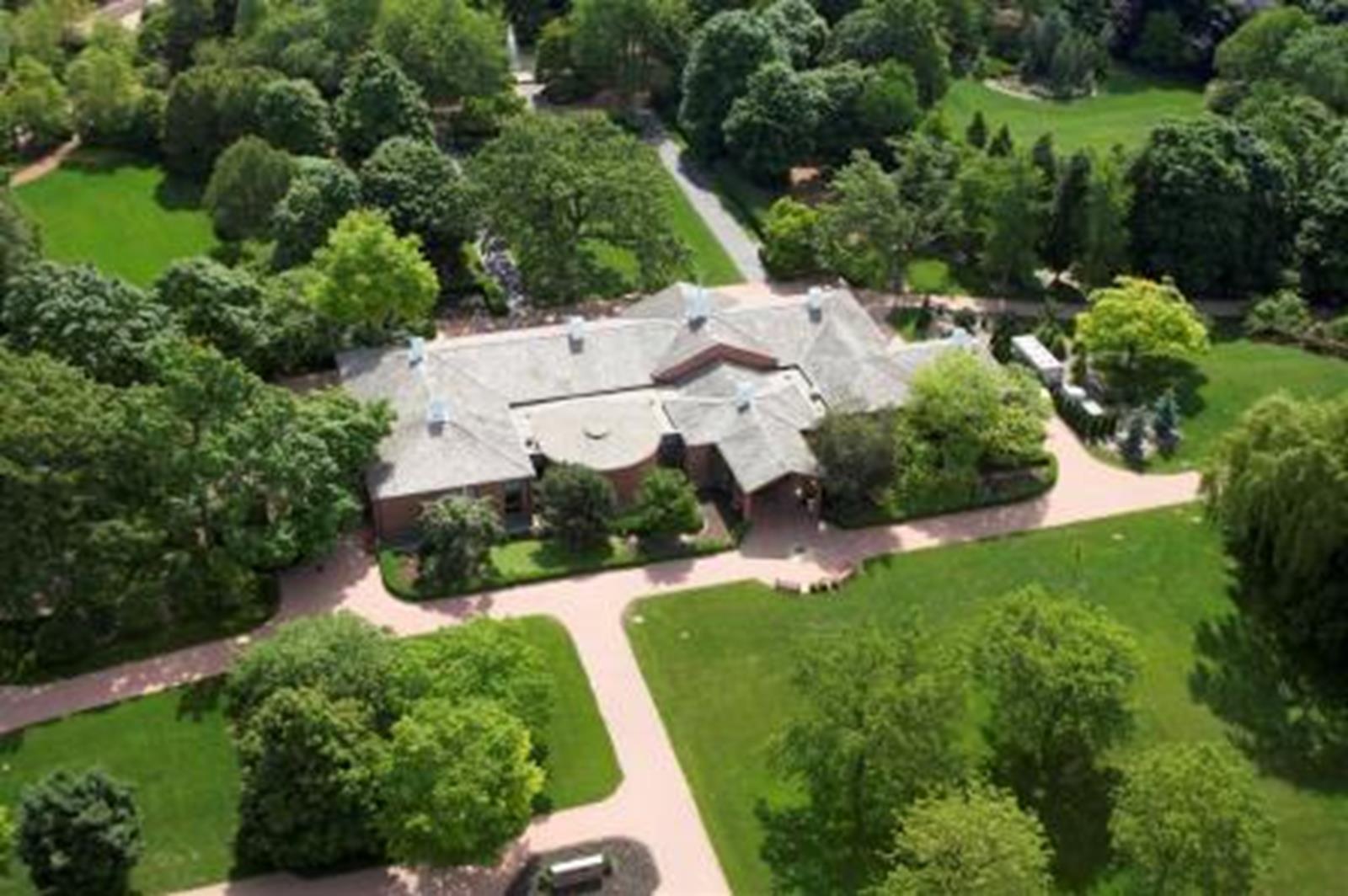 Travel even further back through the ages at Naperville’s Naper Settlement, a town that immerses your students in the mid-1800s. Sit in the Copenhagen Schoolhouse and use a chalkboard to take notes. Head to the blacksmith shop and watch a horseshoe being made or visit the Stone Carver’s Shop and see where the stones that made hearths, mantles and gravestones were produced. The town also has a firehouse, a post office, a chapel and more.

Visit Springfield and see the resting place of one of the nation’s greatest presidents, Abraham Lincoln. Lincoln’s Tomb was built shortly after his death and also houses the remains of his wife and three of his sons. Admire the structure from the outside, then take your students on a tour of the interior rooms. While on site, check out the memorials honoring the fallen soldiers of Vietnam, Korea and WWII.

Put on a show at the Sanfilippo Estate in Barrington, home to the world’s largest collection of restored nickelodeons and orchestrions– the Victorian Era’s version of the radio. Marvel over theater organs and countless other antique music machines, or be awed by a 1890s French salon carousel that operates as if it were new. After the tour, let your choir or band students put on a performance of their own. 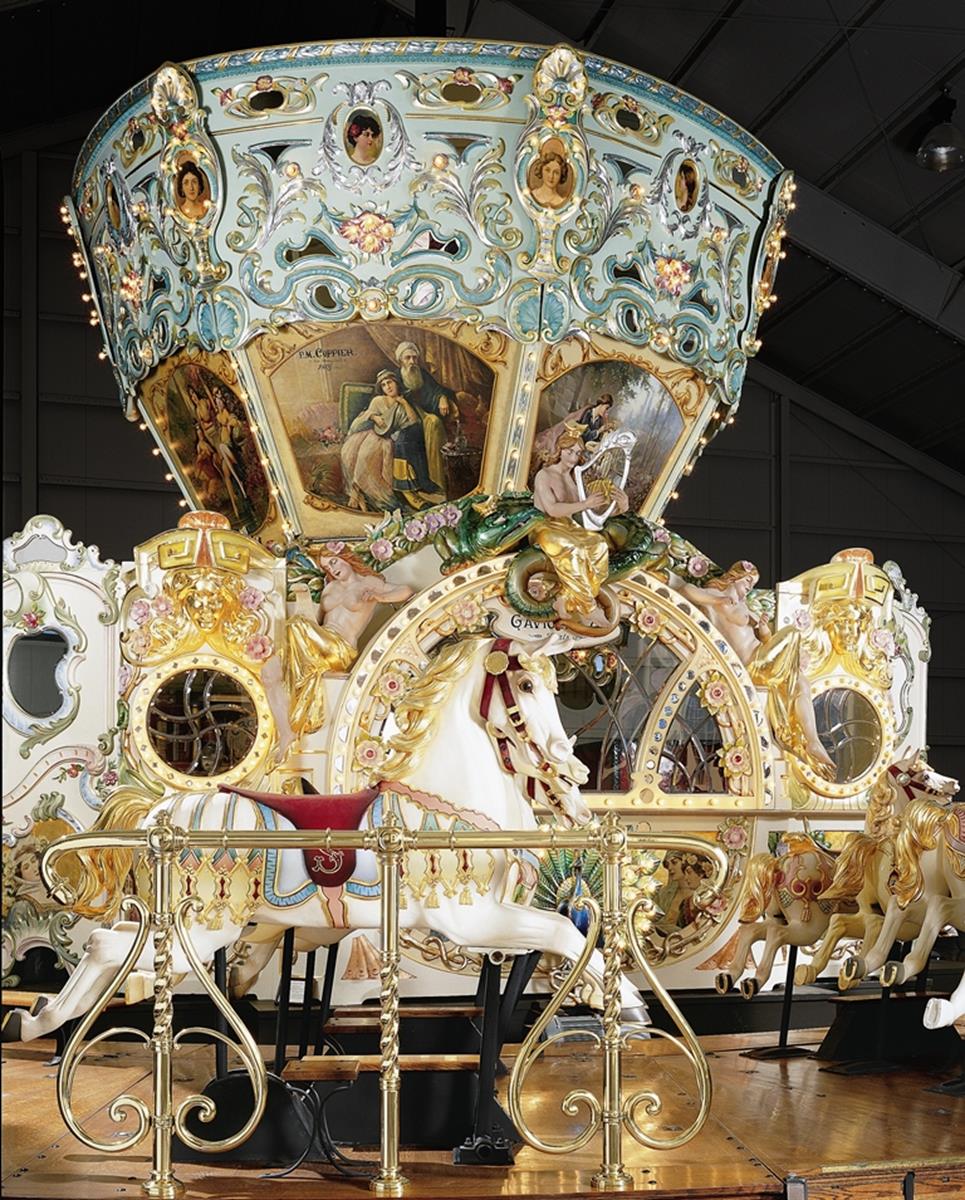 Take the stage at Six Flags Great America in Gurnee. After your group has wowed the crowds, sit back and relax or ride alongside them as they experience everything the park has to offer. From infamous thrill rides – like American Eagle, Raging Bull and BATMAN– to the wet and wild attractions of Hurricane Harbor, Six Flags is sure to leave your students ready to ride again. Before you leave, be sure to take on Goliath, the world’s tallest wooden roller coaster.

Not many states can offer the excitement of a global city, the adventures of barely-touched wilderness and hands-on trips through history the way Illinois does. From tours of Native American burial grounds to spectacular views at the top of skyscrapers, Illinois delivers excitement and intrigue time and time again. Pack your bags, and come make a few memories in the Land of Lincoln.