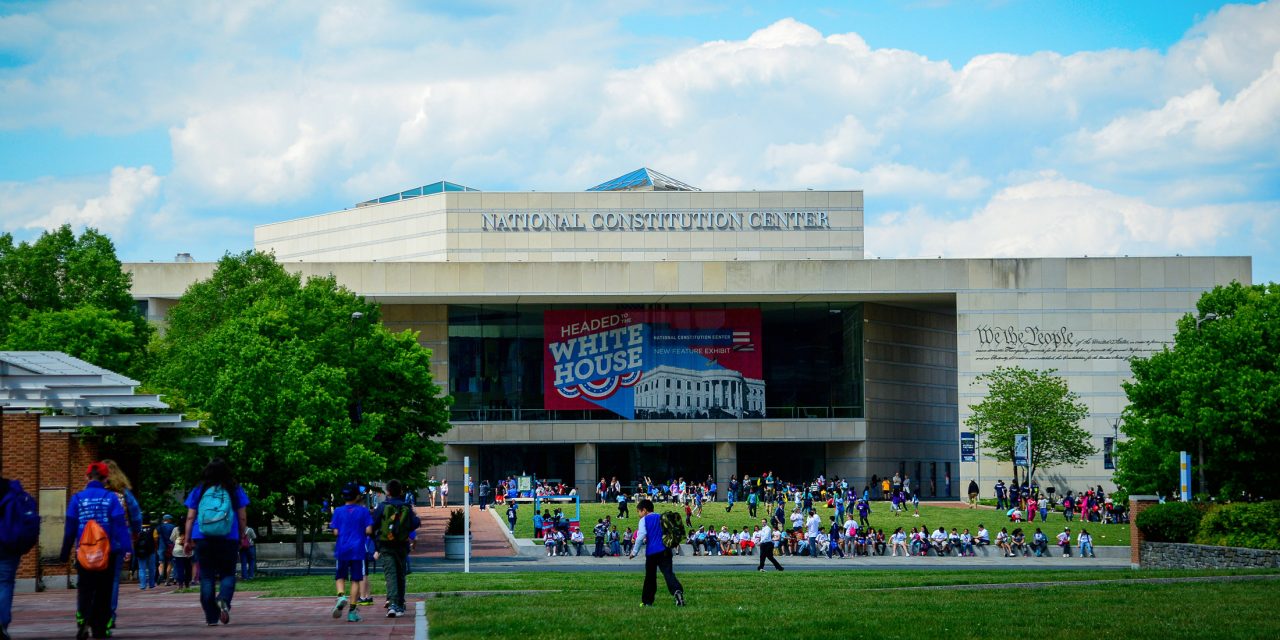 Learn about American history through interactive exhibits and engaging programming

The National Constitution Center in Philadelphia brings together people of all ages and perspectives, across America and around the world, to learn about, debate, and celebrate the greatest vision of human freedom in history, the U.S. Constitution.

At the National Constitution Center, explore historic milestones in American history and discover how the U.S. Constitution is as important today as it was in 1787. The Center’s must-see exhibits and live performances bring the Constitution to life for visitors of all ages. Experience Freedom Rising, a stirring, multimedia theatrical performance; The Story of We the People, an interactive exhibit that celebrates the Constitution’s legacy of freedom; and Signers’ Hall, featuring 42 life-size, bronze statues of the Founding Fathers.

The Center’s newest exhibits include Civil War and Reconstruction: The Battle for Freedom and Equality—which is the first exhibit in America devoted to exploring how constitutional clashes over slavery set the stage for the Civil War, and how the nation transformed the Constitution to more fully embrace the Declaration of Independence’s promise of freedom and equality—and The 19th Amendment: How Women Won the Vote—which traces the triumphs and struggles that led to the ratification of the 19th Amendment and highlights some of the many women who transformed constitutional history, allowing visitors to better understand the long fight for women’s suffrage.

Middle and high school students can also participate in the Constitutional Ambassadors program: an intellectual, social, and skills-based educational experience in which middle and high school students learn the basic principles of the U. S. Constitution, see rare historical documents, priceless artifacts, interactive exhibits, and live theater that bring contemporary discussions about the Constitution to life.  The program begins in the classroom with the Center’s educational resources, continues with a daylong educational experience at the Center, and follows students back to their classrooms, where they can have real-time conversations on constitutional issues with other classrooms across America.