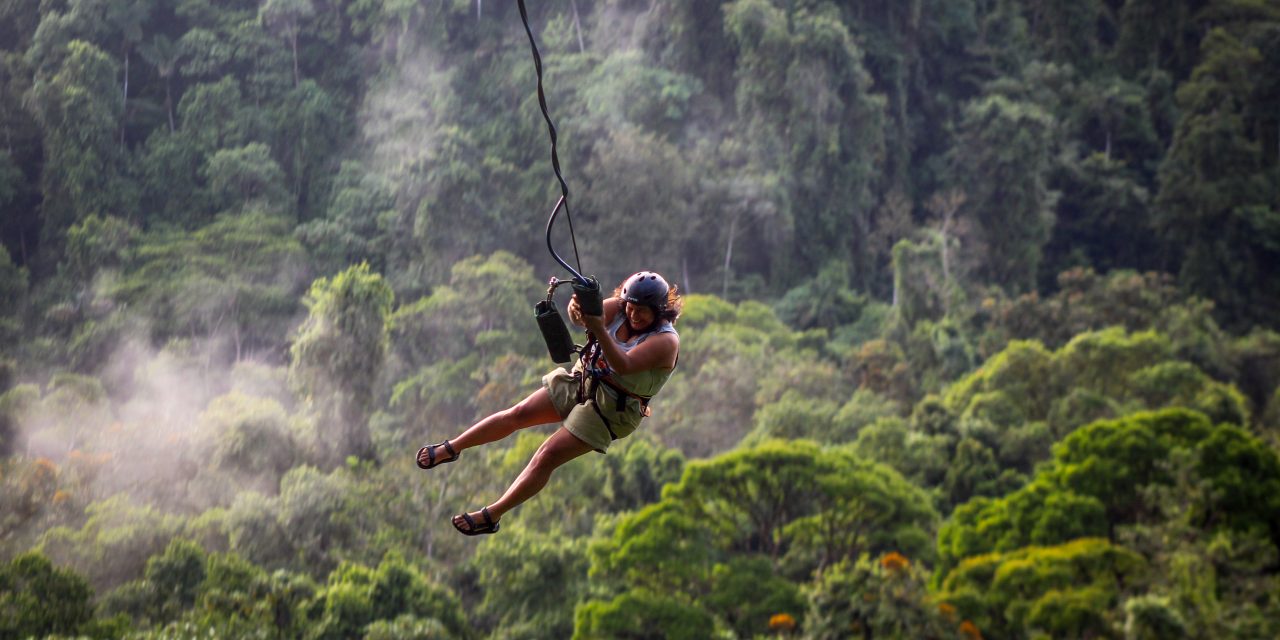 Due to its rich biodiversity, ecotourism has been one of the major activities contributing to the tourism industry in Costa Rica. All you have to do is take a look at the history of this tropical paradise to realize it is a world leader in ecotourism. In the 1990s it was popularly known as ecotourism’s poster child. It holds records as one of the developing nations which utilized conservation efforts as a nation to promote new ways of travel. This idea of promoting conservation locally and promoting ecotourism to visitors was the perfect combination for years of success in the tourism industry. Since then, it has witnessed growing demand in tourism. The country combines a history of conservation, a population with some of the highest levels of well-being on the planet and a location conveniently accessible from all over the world. Tourists are most attracted to the local Ticos and their welcoming nature, national parks and protected areas that offer visitors’ true ecotourism allowing them to experience the culture and natural beauties.

Over the years Costa Rica has gained name and popularity for putting effort to build an environmentally friendly industry for ecotourism with great contributions from several environmentalists and economists on a local and international level. After several debates on whether ecotourism would be harmful to the development of the country the case-studies are clear 20 years later that the benefits outweigh the cost. The growing demand for ecotourism has led to profit for the country but has also resulted in challenges. Costa Rica is still a leader in ecotourism and has held true to its initial goals of offering travelers a chance to experience the magic of Pura Vida while at the same time offering those places and local populations visited a sustainable flow of the tourism industry economics and conservation.

A Brief History: The beginning of Ecotourism in Costa Rica

Previously the first eco-tourists that visited the country were scholars that came for studying and researching biology. These researchers generated journals and publications that motivated several groups of nature tourists who further spread awareness about ecotourism in the country (Schultis, 2018).

Thus, as we dwell deep into its ecotourism history, we realize that the rich biodiversity and its recognition have been an asset for the ecotourism sector. It has now made its place on the world stage, and a significant amount of revenue is contributed by the tourism industry. 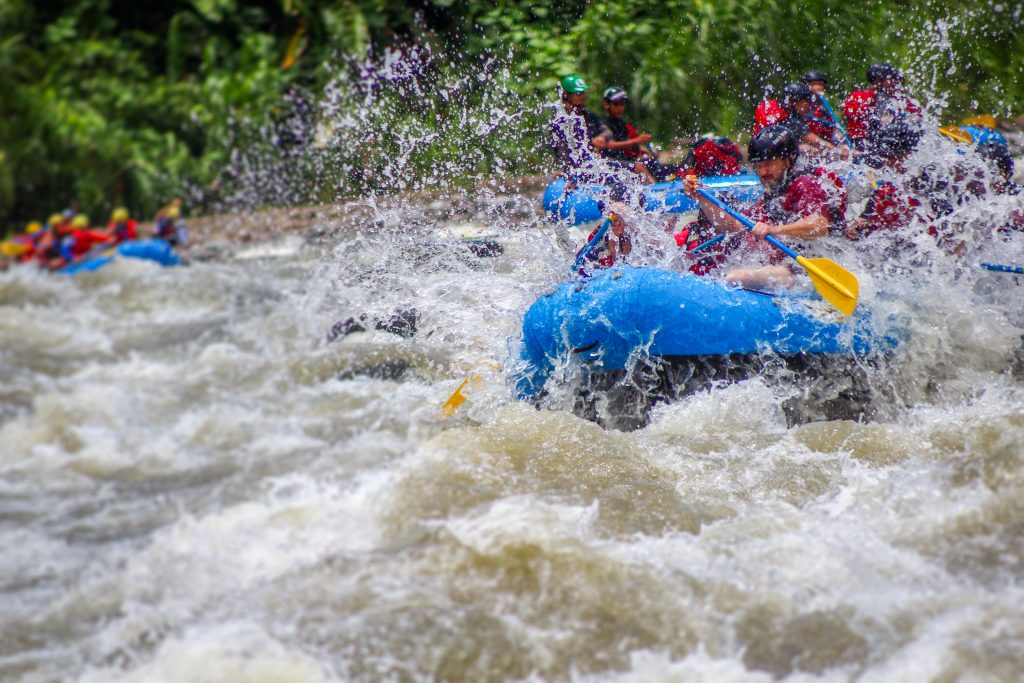 Costa Rica offers you a sustainable travel option ranging from travelling in eco-friendly transports to lesser use of plastic materials. The industry encourages tourists to reduce their carbon footprint and promote sustainability. Here is a list of ecotourism options offered that you cannot miss!

We all get fascinated by the images of a treehouse, and I bet you want to visit it once in your lifetime. If this is the case and you can relate to my words, Costa Rica is best for you, as it has been awarded for sustainable tourism options for its tree houses and lodges. The many ecoolodges or lodges are top in sustainability and environmentally friendly alternatives. It is a great way for you to spend time with nature, take a break from the daily struggle of life and experience luxury. The Pacuare Outdoor Center is located on one of the top and most scenic rivers on the planet. It is situated on the river banks of Pancuare River and comes with luxury stay experience in terms of both culture and wildlife.

The idea of farm-to-table has taken cuisine travel to the next level, and Costa Rica is home to some of the freshest locally grown meals you will find anywhere. Visitors can contribute to the country’s local farming through options at different hotels through volunteer work or just a tour that allows you to learn the cycle of farm, meal, compost and farm-again process.  It is interesting to watch and learn about organic farming and how fresh ingredients are being produced. Nevertheless, it would make me think twice about where the food consumed comes from. Many are surprised that some hotels or ecolodges in Costa Rica are functioning off no waste. One particular farm that has taken this to the highest level possible is Finca Luna Nueva, located in San Carlos de Costa Rica.

Have you ever dreamed of zipping through the deep rainforest? As adventurous and exciting as it may sound, Costa Rica promises to provide you with a prime experience in the same. It is one of the best ways to enjoy the country’s lush green ever-growing forests. Immersing yourself in the rainforest is the definition of ecotourism of Costa Rica. The Japanese refer to immersing yourself in nature as “forest bathing,” and we all know that you cannot protect what you do not know. The magic of being in the rainforest is a life-changing experience. Many think Costa Rica is home to the ecotourism industry for many reasons, but much of it has to do with the locals love for nature and their time spent surrounded by the rainforest.

It’s not all about just hikes. There are more ways to experience the jungle with activities that are referred to as ecotourism because the energy is through sustainable energy sources like running water, biking, gravity, waves and activities that do not require producing energy from non-renewable sources. Imagine yourself zipping through the green deep forest while enjoying the waterfalls, flora, and fauna, making your way through the birds. That’s ecotourism!

Most ecotourists come to Costa Rica to see some wildlife. Everyone wants to see the sloth, monkeys and poisonous dart frog. These animals are plentiful because much of their habitat is protected. The chance to see wildlife in Costa Rica motivates tourist to become part of the movement to encourage travel through conservation. There is no hunting in Costa Rica, and the corridors for wildlife are given as much attention as most corridors for humans. This might explain why the roads could be a little better, but down here we are happy that the animals have their highways also.

We always say the highlight of Costa Rica is not the amazing waterfalls, ziplines or sloths but the people of Costa Rica known as “Los Ticos.” They are such a kind group of people, and when visiting they welcome tourist with open arms. You might be asking what this has to do with ecotourism, and it has everything to do with ecotourism. Eco really just means environment and Los Ticos are as much of the environment as any species in the country. Having the chance to spend time and meet them is a chance to learn the Pura Vida from an expert, and it’s the Ticos that know and have allowed ecotourism to flourish in the country.

A country with over 60 volcanoes and six active volcanoes has created a unique environment due to the geographical conditions. It gives way to rich biodiversity that is unmatched and unique. The tourism industry has made it possible for you to enjoy these volcanic areas that offer a view and experience of mud pools, acidic lakes and hot springs that attract both tourists and scientists from around the world.

Part of Ecotourism is the chance to leave the destination you visit a slightly better place than when you arrived. One way to do this is with your investment economically and choosing locally owned places to visit so much of your money stays in country. Another way that is done with many groups and mostly school groups is service projects. One Costa Rican student travel company did Costa Rican Resource and built seven bus stops in a local community using only recycled bottles from the same village.

If you love adventure, then this place would be a must-visit for you! Along with adventure experiences, relax your mind with the ecolodges, organic farming, sustainable living and an experience worth taking that could open your mind and change your way of thinking. This is an ideal spot for you to visit due to its favorable climate and rich biodiversity. Ecotourism has also contributed to a boost in the job market and opened ways for employment and income resources, both on a national and international level. From bird watching to observing the cloud forests, it never fails to amaze the visitors. Special attention has also been given to adapting natural resource conservation to avoid industries that may damage the environment.

If you are looking for a one-week adventure to Costa Rica one company that puts its heart and soul into ecotourism is the POC.