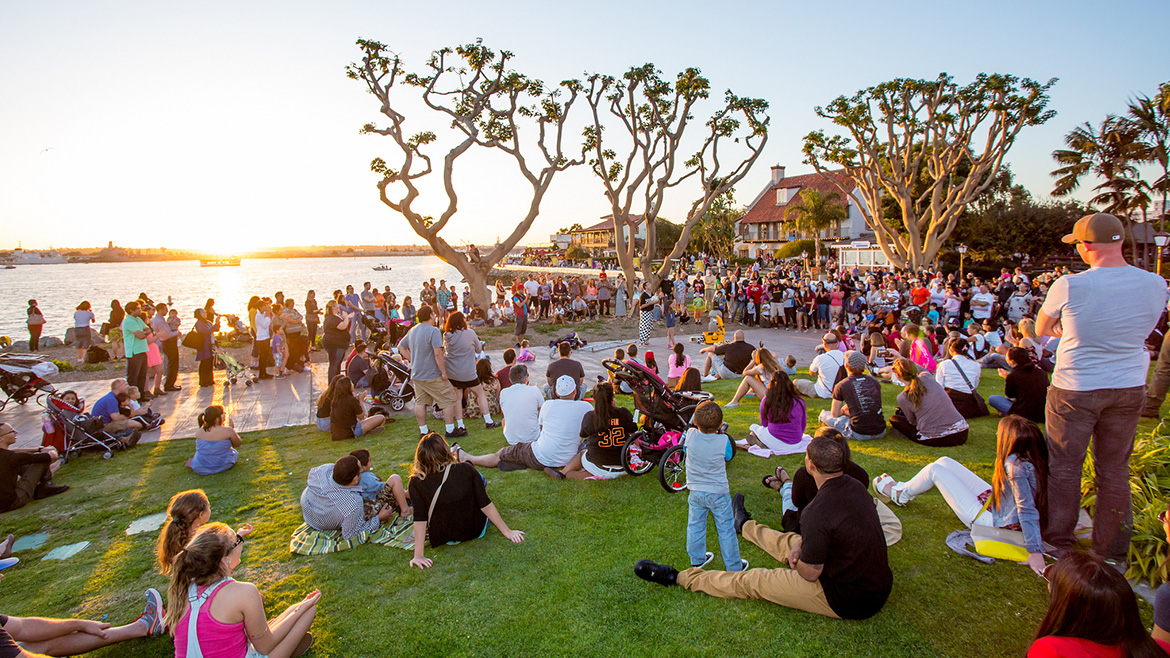 San Diego is full of museums, festivals, beaches and sunshine, making it a top travel destination any time of year. While traveling is rewarding and adventurous, it can also be expensive. As admissions prices increase it is getting harder to visit everything you want to see during a student visit, but not every attraction has to break the bank. San Diego has a wide selection of things to do that will not make you or budget cry. From art festivals and window shopping to free admission museum days, there is a free attraction for everyone. There are numerous free attractions in San Diego, so check out ten of the top ones in the list below.

Known as the birthplace of California, Old Town San Diego has a long history. The town dates back to 1769, when it was the first permanent Spanish settlement in California. There are many historic buildings, museums, shopping opportunities, restaurants and even an alleged haunted house in Old Town San Diego. Take a walk around the town and see the historic buildings while you window-shop, providing both a fun, free attraction and exercise. Some of the historical museums are free of charge, including the Wells Fargo Museum and the San Diego Sheriff’s Museum. If you are looking for something to eat while in Old Town San Diego, there are multiple authentic Mexican restaurants, seafood and pizza restaurants. 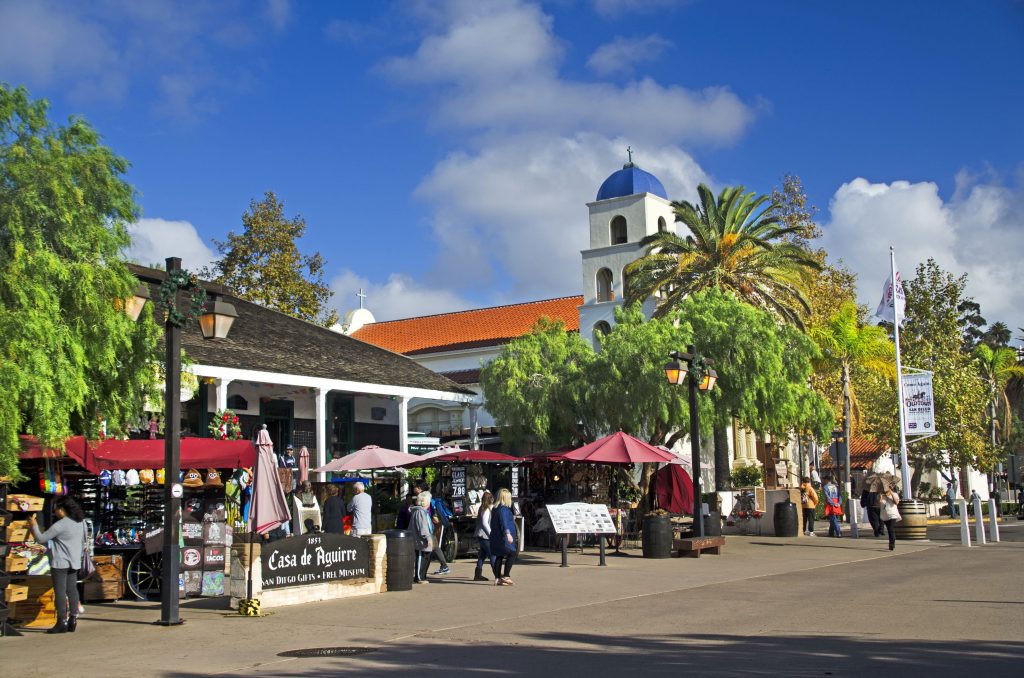 If your students are in the mood to window shop, this is your destination. With 54 unique shops, Seaport Village is a window shoppers dream. From sunglasses and beachwear to personalized mugs, perfumes and t-shirts, Seaport Village has a store for everyone. Seaport Village also hosts free festivals and events throughout the year. If you happen to find yourself in Seaport Village in late November, hang 10 with Surfin’ Santa and the Twelfth Annual Waterfront Celebration. In December you can catch the San Diego Bay Parade of Lights (which showcases boats decorated for the holiday season) or hear musicians play at the East Plaza Gazebo multiple times throughout the year.

This historic park opened in 1868 as City Park, but it was renamed Balboa Park in 1910 in preparation for the 1915-16 Panama-California Exposition, in honor of the first European to spot the Pacific Ocean while on exploration in Panama: Vasco Nuñez de Balboa. Balboa Park is 1,200 acres of gardens, museums and theaters. Although the museums and other attractions at Balboa Park have entrance fees, to see the gardens, trails and historic buildings is free of charge. Walk around the award winning Inez Grant Parker Memorial Rose Garden or stroll along El Prado pedestrian walkway and see the Spanish-Renaissance style buildings built for the 1915 Exposition. The park is home to one of the few carousels in the world that still offer the brass ring game. The Balboa Park Carousel was built in 1910 and was displayed in various places before settling in at Balboa Park in 1922. The carousel still has most of the original hand-carved European crafted carousel animals. Although riding the carousel does cost a small fee, watching the beautiful old carousel is free. There are many free activities available in Balboa Park; from walking the trails and gardens to seeing the historical landmarks, there is something for everyone. 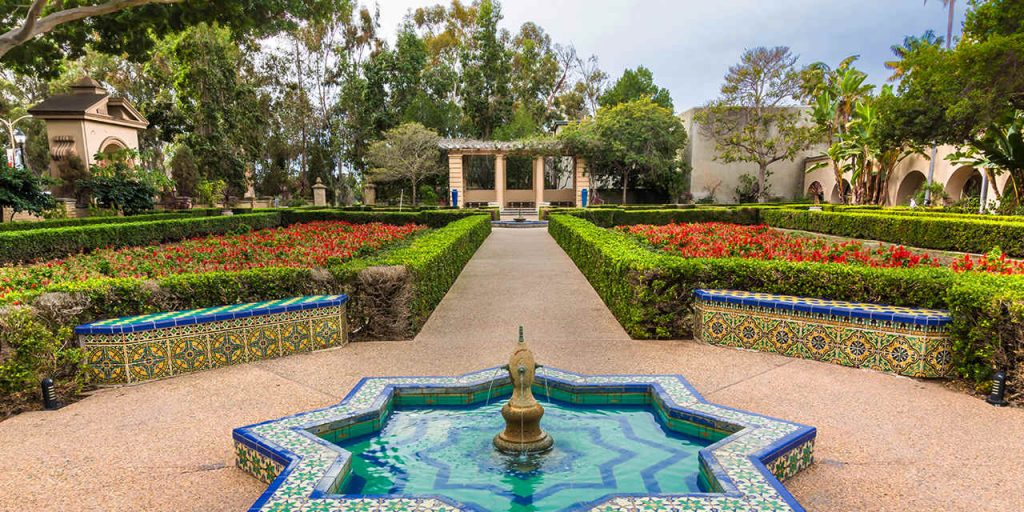 South Park is a cozy neighborhood located just east of the Balboa Park. The neighborhood dates back to 1905 and was one the first suburbs of San Diego; today South Park is considered one of the historic urban communities of San Diego. South Park has a thriving small business community that treats everyone like family, so whether you are just strolling around or looking for gifts, South Park is a warm and welcoming environment. South Park is host to four annual events that take place throughout the year, the Taste of South Park, South Park Walkabouts, Luminaria and the Old House Fair. Each of these events showcases a unique characteristic of the South Park community. The Taste of South Park highlights the local restaurants and taverns of South Park by offering free samples of the local cuisine, often temping visitors to buy more food or stop in a restaurant for a meal. South Park Walkabouts shine a light on the small business community of South Park. Small business throw the doors open wide and invite everyone in to look around and buy some souvenirs. Luminaria is a tree lighting show from late November until the New Year and the Old House Fair is a home and garden tour and street festival. These festivals are free and open to the public, so take a stroll down an old historic street and enjoy the small business community.

Have you ever wondered how guitars were crafted? If you have, Taylor Guitars Tour is your chance to find out. This free hour-and-15-minute guided tour takes guest through the Taylor Guitars Factory and shows guest how guitars are created from start to finish. The tour takes guest through the process of picking the best wood for a guitar through to a finished product. While on the tour guests will learn about the different woods used to craft guitars and how the wood affects the sound and feel of the guitar, as well as the history of Taylor Guitars and how they came to be recognized as one of the top acoustic guitar manufacturers in the world. Tours are offered every Monday through Friday at 1 p.m.

The California Surf Museum opened its doors for the first time in 1986 as a small display in George’s Restaurant with the mission to collect and showcase surfing history for future generations to see. As the museum continued to grow, finding the perfect venue became a hard task and the museum moved four times before finding a home at 312 Pier View Way in Oceanside. California Surf Museum is dedicated to showcasing surfing’s history from the foam surf board to now and honoring both past and present surfers. The museum has multiple displays featuring everything from the evolution of the surf board to a display detailing the inspirational surfing story of Bethany Hamilton. The California Surf Museum offers free admission the first Tuesday of every month.

San Diego is home to 17 miles of coastline and nine beaches: Black’s Beach, Children’s Pool, La Jolla Cove, La Jolla Shores, Mission Bay Beaches, Mission Beach, Ocean Beach, Pacific Beach and Windansea Beach. Swimming and surfing are allowed at nearly all the beaches, and each beach has its own unique draw. La Jolla Cove is one of the most photographed beaches in Southern California and the Children’s Pool is popular for swimming, scuba diving and is a popular beach to view harbor seals. There are fire pits available at most of the beaches. The beaches are open year round and are one of the top attractions in San Diego. So kick back and relax, enjoy the sun and the sand at one of San Diego’s beaches any time of year. 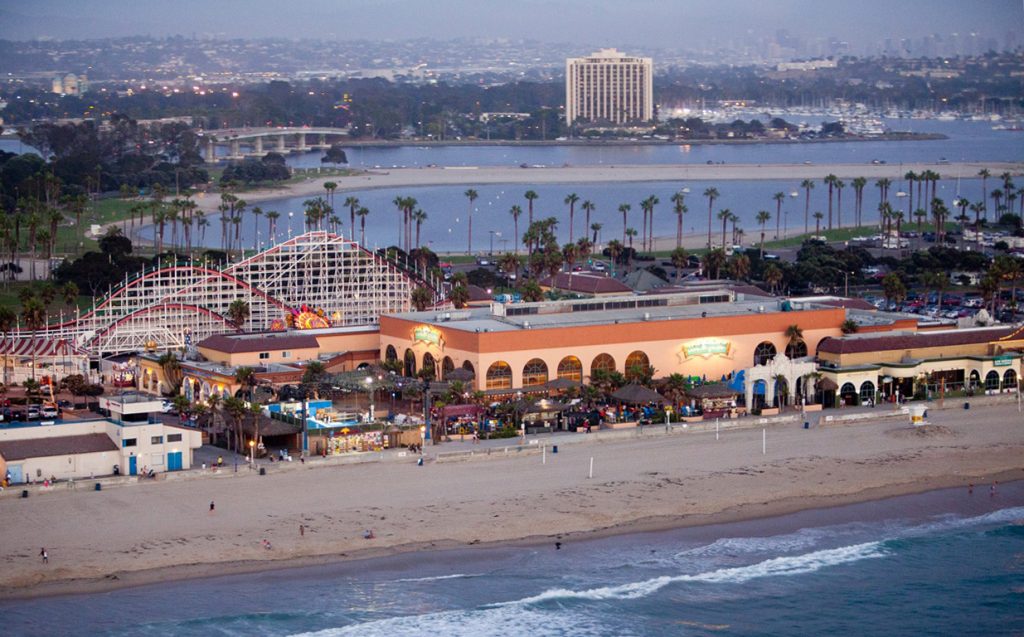 Summer Movies in the Park

Student traveling, while rewarding, can be expensive, so why spend money when you don’t have to?  From free admission days at museums to festivals and window shopping, San Diego has something for everyone to enjoy without breaking the budget.