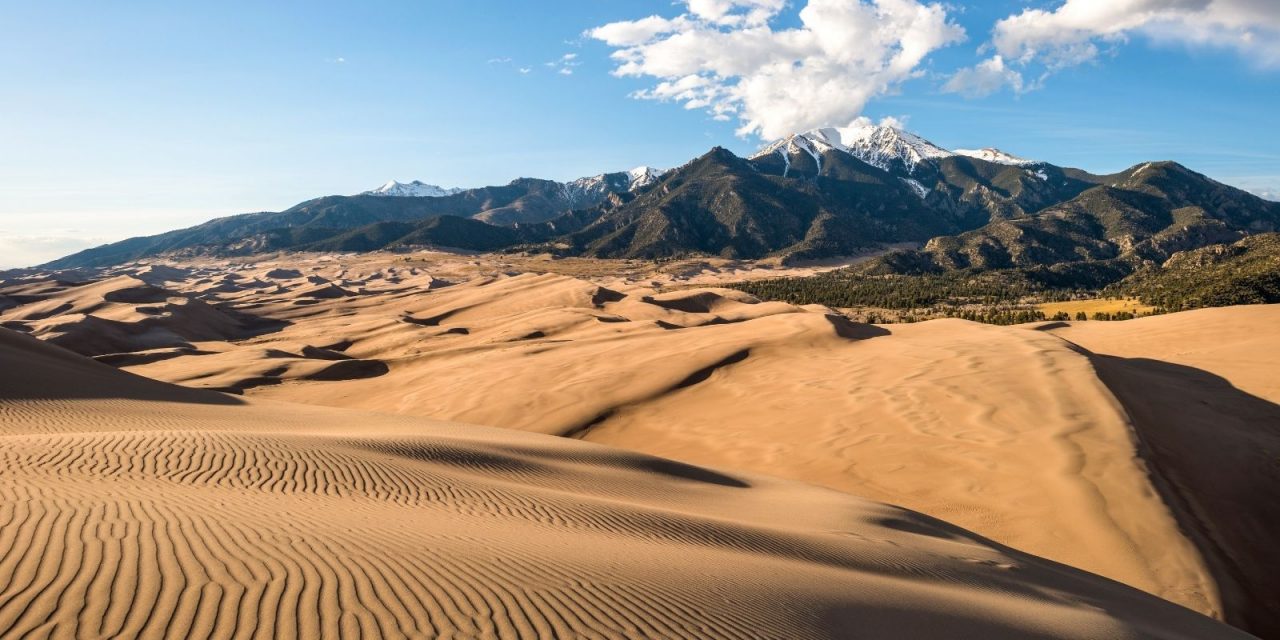 A class trip to Mars might not be possible, but there are places that would be impossible to believe without seeing it for yourself within our own borders. These otherworldly nation parks in the United States have been the focus of wonder for thousands of years, fascinating every generation with their beauty.

Craters of the Moon, Idaho

The Craters of the Moon National Park and Monument consist of three lava fields and the surrounding grasslands. The lava fields cover about 400 square miles with ballistic lava, tree molds, and lava tubes. The ancient destruction has left behind unique structures and landscapes that look straight out of Star Wars. The Park also has giant open rift cracks, including the largest on Earth, where students can actually see the effects of tectonic plates shifting.

The Petrified Forest is home to ancient trees that, over thousands of years, have become stone. Add on to this the beautiful views from the badlands, known as the Painted Desert, and you have a unique sedimentary wonderland.

Even nine species of extinct prehistoric trees are fossilized, which makes the stones unlike anything you’ve ever seen before. The land has been inhabited for thousands of years and with ancient Native American homes; it’s great for history lessons as well.

The Great Sand Dunes are nestled in the San Louis Valley of the Sangre de Cristo Range in Colorado. These massive dunes resemble the Sahara in their scoop, but they differ in their diversity of landscape.

Surrounding the dunes are mountains, wetlands, and a forest, creating a unique landscape with multiple habitats colliding in one spot. It’s easy to see why the Great Sand Dunes is one of the most stunning views any Colorado National Park offers. They even have an astronomy program at night to take advantage of the clear skies.

Nestled in the Appalachian Mountains, with around 400 miles of explored caves and an estimated 600 miles unexplored, Mammoth Cave is the largest cave system in the world. Mammoth cave was first discovered approximately 4,000 to 2,000 years ago, then rediscovered in the 1790s.

Used as a mine for nitrate during the War of 1812 and briefly as a tuberculosis hospital, Mammoth cave is full of wonders that date back hundreds of years. There even is an abandoned church

The cave also has waterways running through it, rooms full of white gypsum flowers, and around 130 species of wildlife. The cave is a beautiful merger of history, biology, and geology, making it a fantastic destination for class trips.

If you want to make an impression with an interactive field trip that exposes your students to the vast biodiversity of Earth, exploring one of these otherworldly national parks in the United States could do just that.