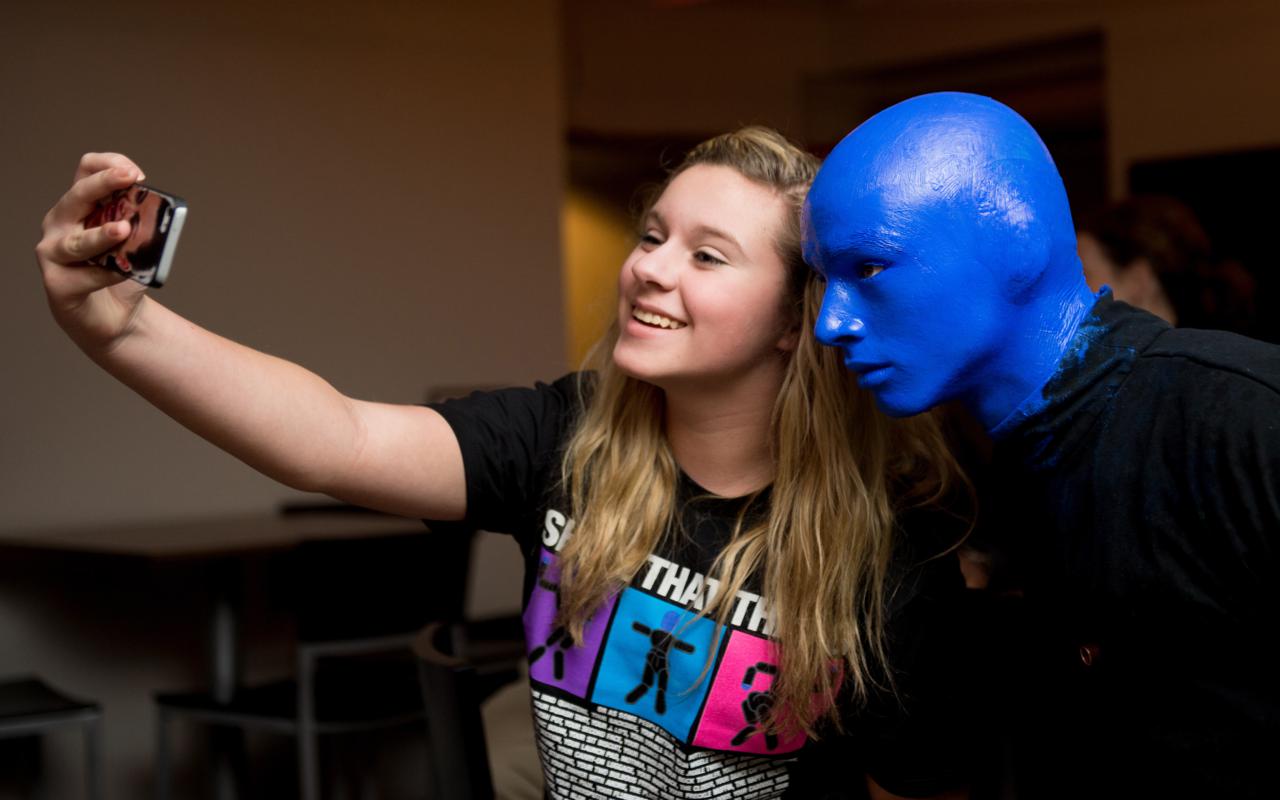 Blue Man Group performances are not just your typical show – they are an experience. Featuring music, dance, lights, instrumentals, and sounds and movements that are both familiar and obscure, the long-running crowd-pleaser is truly an incomparable cultural phenomenon. It’s not out of sheer luck that the Blue Man Group has been performing for 26 years – this unique troupe of performers is continually hard at work refreshing their music, instruments, and stories, which reflect current cultural trends and bring audience members together through relatable perspectives. In short, the performances are celebrations of human connection and perfect for kids and adults alike.

When you attend a Blue Man Group show, don’t expect to be a passive member of the audience. Everyone is encouraged to engage their inner child, let loose and look on in wonder as three bald and blue men explore our quirks, culture and collective identity. And the grand finale – a massive, collective dance party – brings everyone together for an adrenaline-pumping, epic closing that is like no other show on earth. 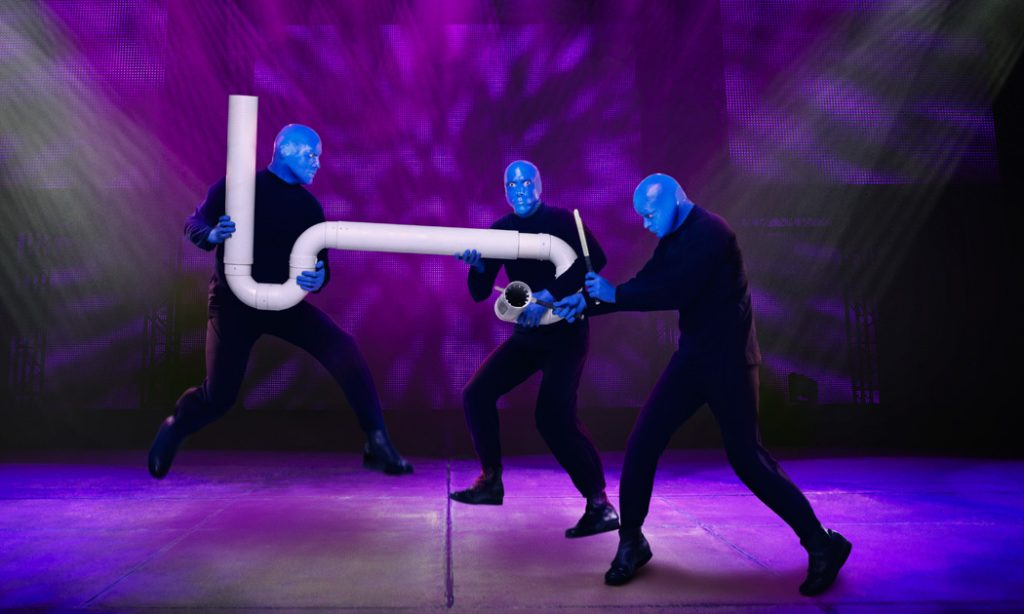 To date, Blue Man Group has performed in over 20 countries in front of 35 million people. It has permanent productions in New York, Las Vegas, Boston, Chicago, Orlando, Berlin, not to mention a World Tour. You won’t want to miss a chance at a Blue Man show whether you’re visiting or call one of these cities home. Having been on the road since 1991, this cultural phenomenon just keeps getting better with age, and the performers have the accolades to prove it. Not only are they known for their on-stage talent, but they are also Grammy-nominated recording artists who have contributed to film and TV scores, produced their own album and even published the book Blue Man World, which is a curious anthropological look into the bald, blue man.

Boston is fortunate to be a host for Blue Man Group, which has been performing at the Charles Playhouse in the theater district since 1995. Just as the city of Boston is a cultural and historical hub of the U.S., it’s also a significant and meaningful location for the Blue Man Group, which was the second city to welcome the group, after New York City opened the show in 1991. In 2016 Boston hosted the group’s 10,000th performance. With over 10,000 shows under their belt, the troupe of blue men doesn’t show any signs of slowing down. 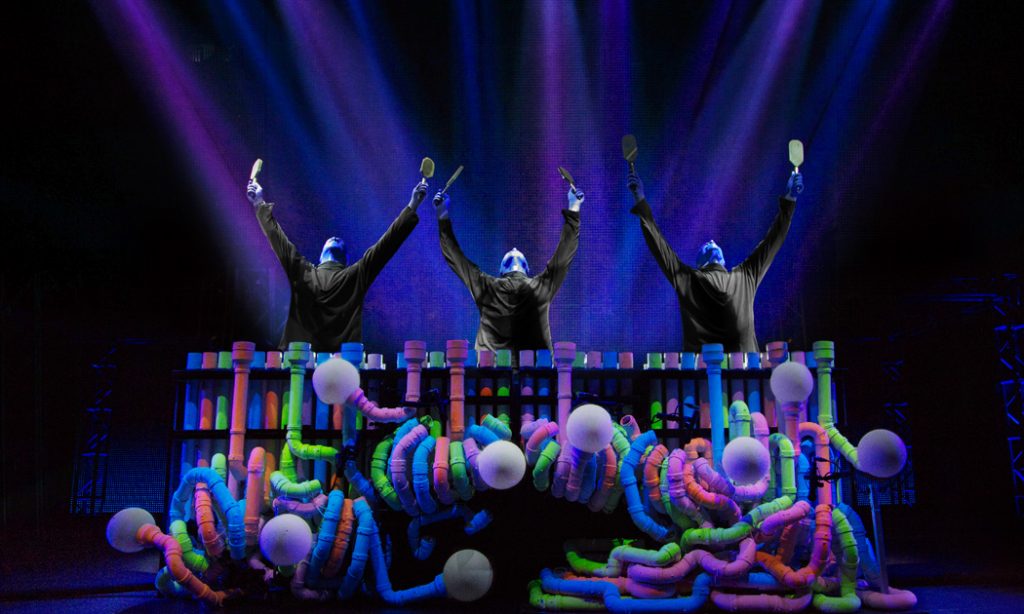 The Charles Playhouse, which opened in 1957, is on the National Register of Historic Places. Having presented its share of famous performers over the years, it is now home to what is one of the most successful off-Broadway shows in history. Theater buffs will be interested to learn that the Charles Playhouse was named as one of the only six theaters that were foundations of the Regional Theater Movement of the 1940s and 1950s. So it’s no wonder why such a famous theater would find itself hosting the awe-inspiring Blue Man Group.

Students get a unique look into Blue Man Group Boston

Blue Man Group’s appeal to all ages is part of what has made the show so successful and kept it in the spotlight for nearly three decades. While shows are year-round, be sure to check out special events hosted by Blue Man Group Boston, which include activities for school vacation weeks in February and April, an Autism Friendly show, college nights, and the ever popular Drum-Off competition. For students, Q&A sessions customized to fit the group are the perfect way to cap off a performance. Questioning cast members and crew, students will have the chance to learn more about the show and see what it’s like to be a part of this world-famous production. 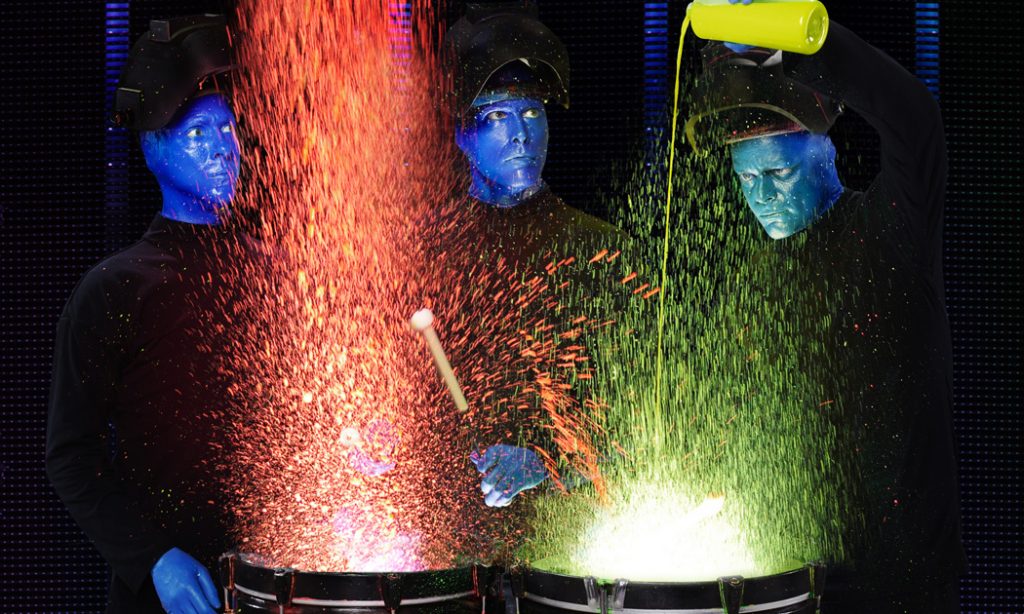 Blue Man Group Boston is an exciting, multi-sensory experience that is perfect for student groups looking for something different for their next outing. It’s sure to leave everyone with memories for years to come, and Boston is one of the best places in the country to experience this cultural blockbuster. The three bald, blue men are ready to take you on the journey of a lifetime!

Be sure to check out the offers for student groups that include special discount ticket rates, transportation and restaurant packages, and customizable meet-and-greet opportunities. 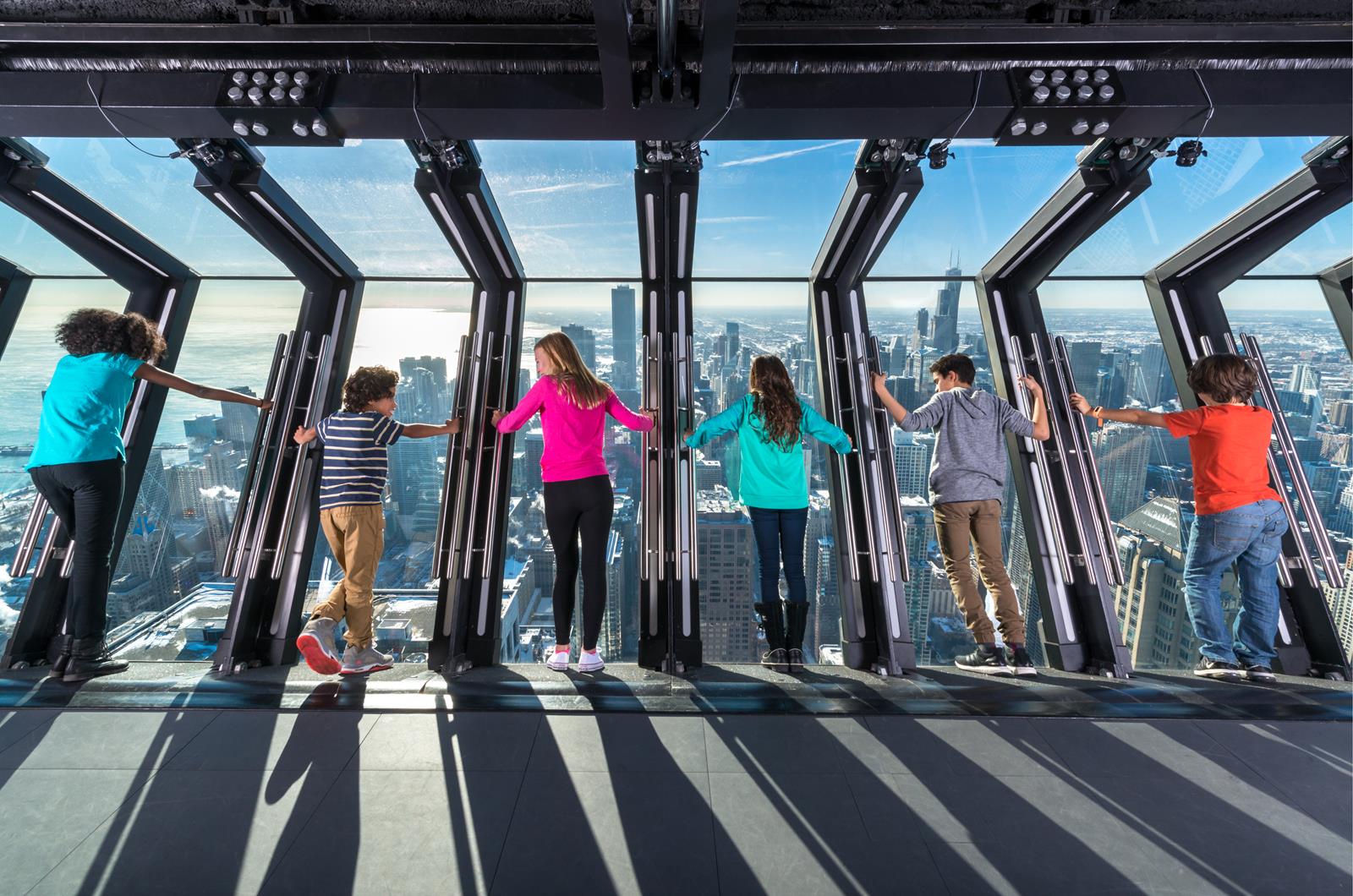 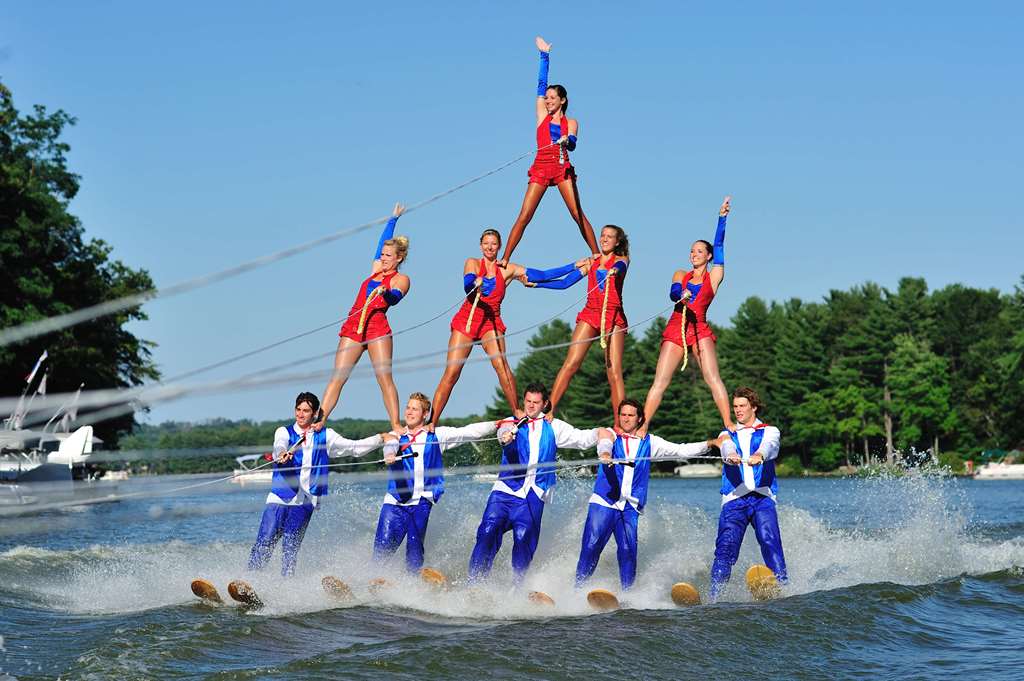 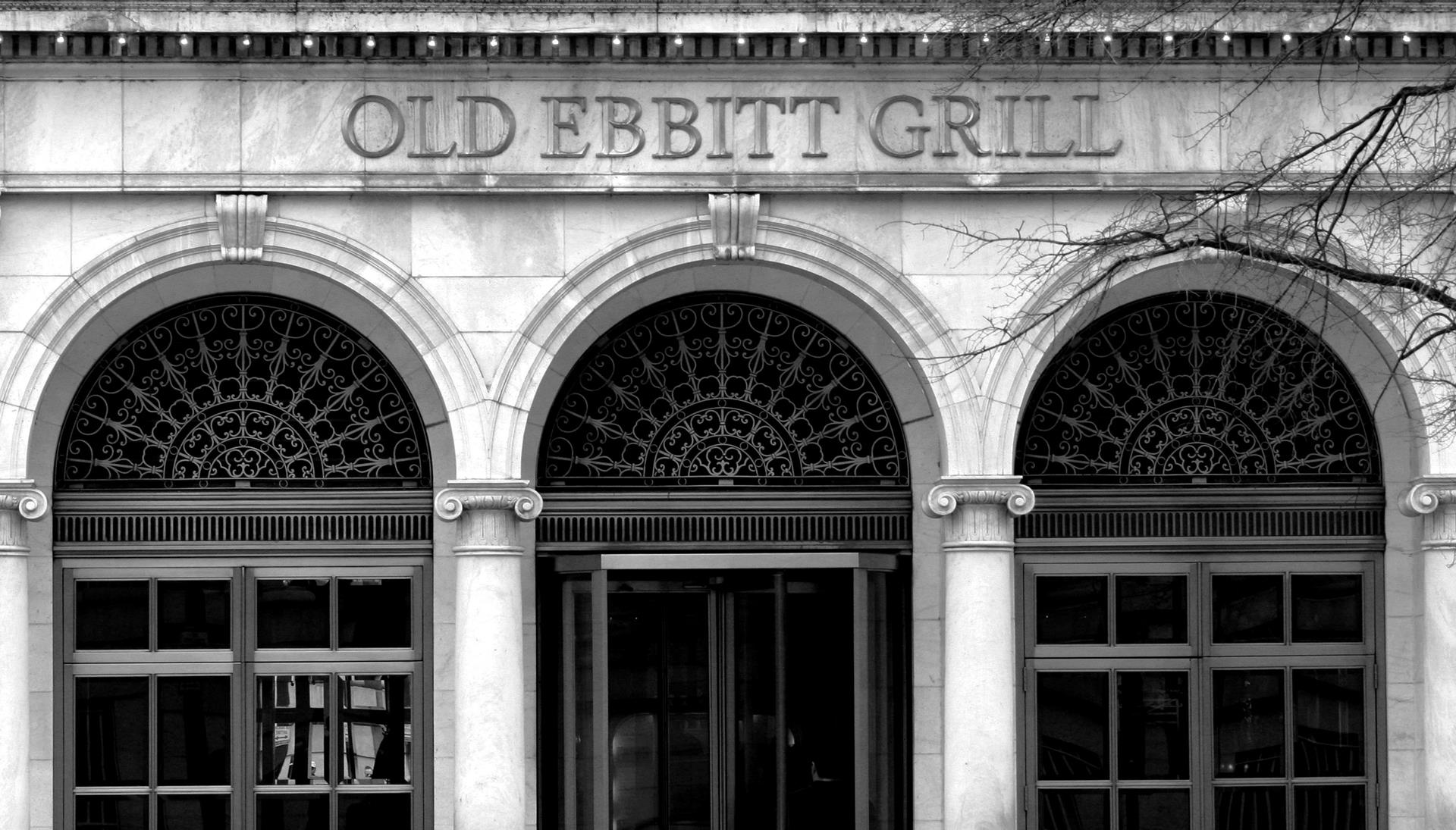 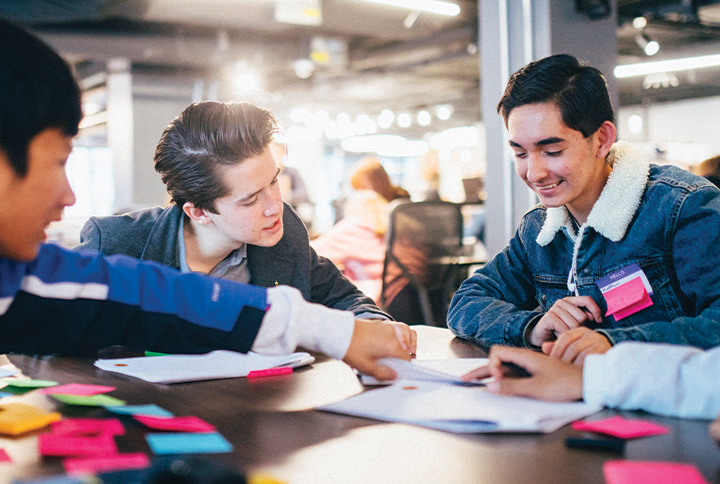