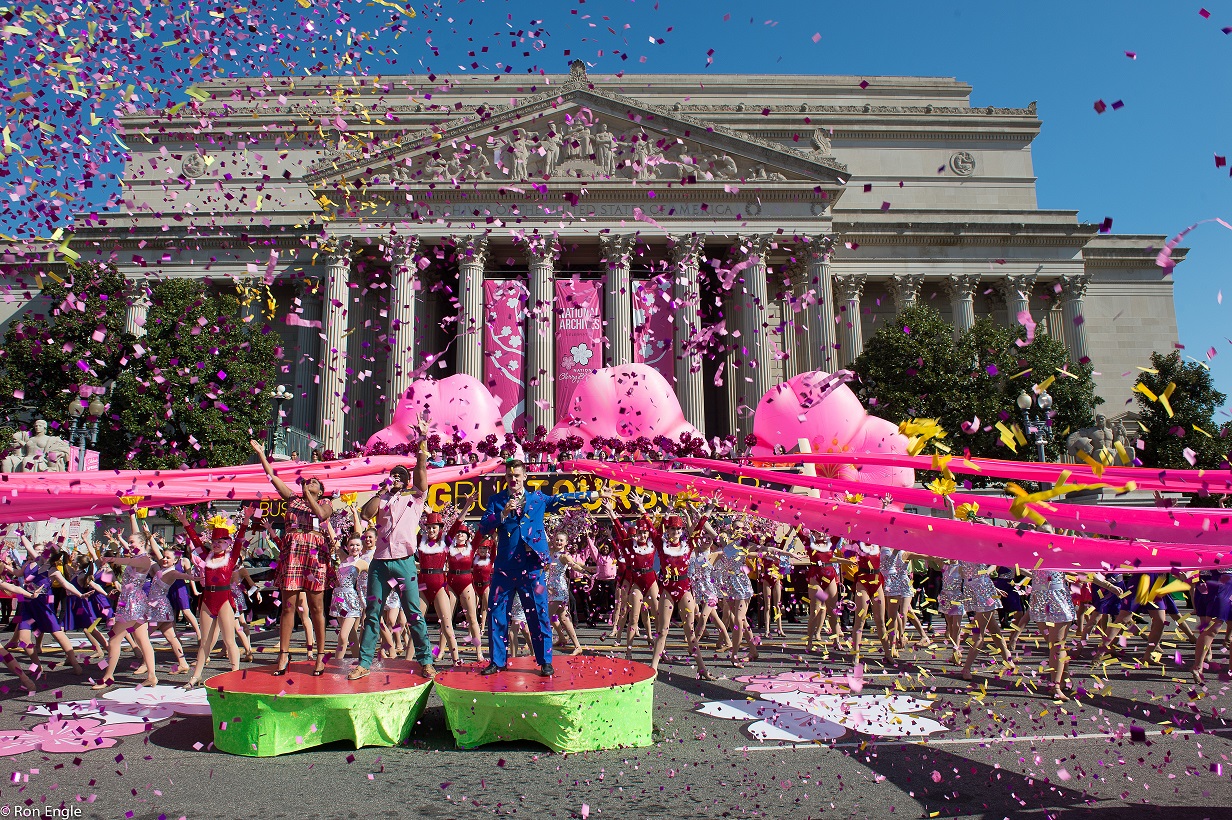 The year-round program includes performing on stage in one of the theme parks or in a parade in the Magic Kingdom. Optional workshops with Disney cast members are available.

Some of the workshops include Jazz It Up, You’re Instrumental! and Disney’s Auxiliration (Flag Unit). Jazz It Up includes a rehearsal and a recording session of jazz versions of Disney songs. You’re Instrumental! includes sight-reading, practicing and performing Disney musical selections in a studio environment. Disney’s Auxiliration (Flag Unit) includes a rehearsal for auxiliary units and color guard to learn how to work together as a unit. Workshops are available for middle school, high school and college bands.

In order to apply, band directors should submit the required materials at least eight weeks before the desired performance date. Applications can be accepted up to one year in advance. Audition materials will be evaluated based on appearance and costumes; music, choreography and marching skills; showmanship and stage presence, accompanists, and overall show value. Disney also offers the program at Disneyland in Anaheim, California. 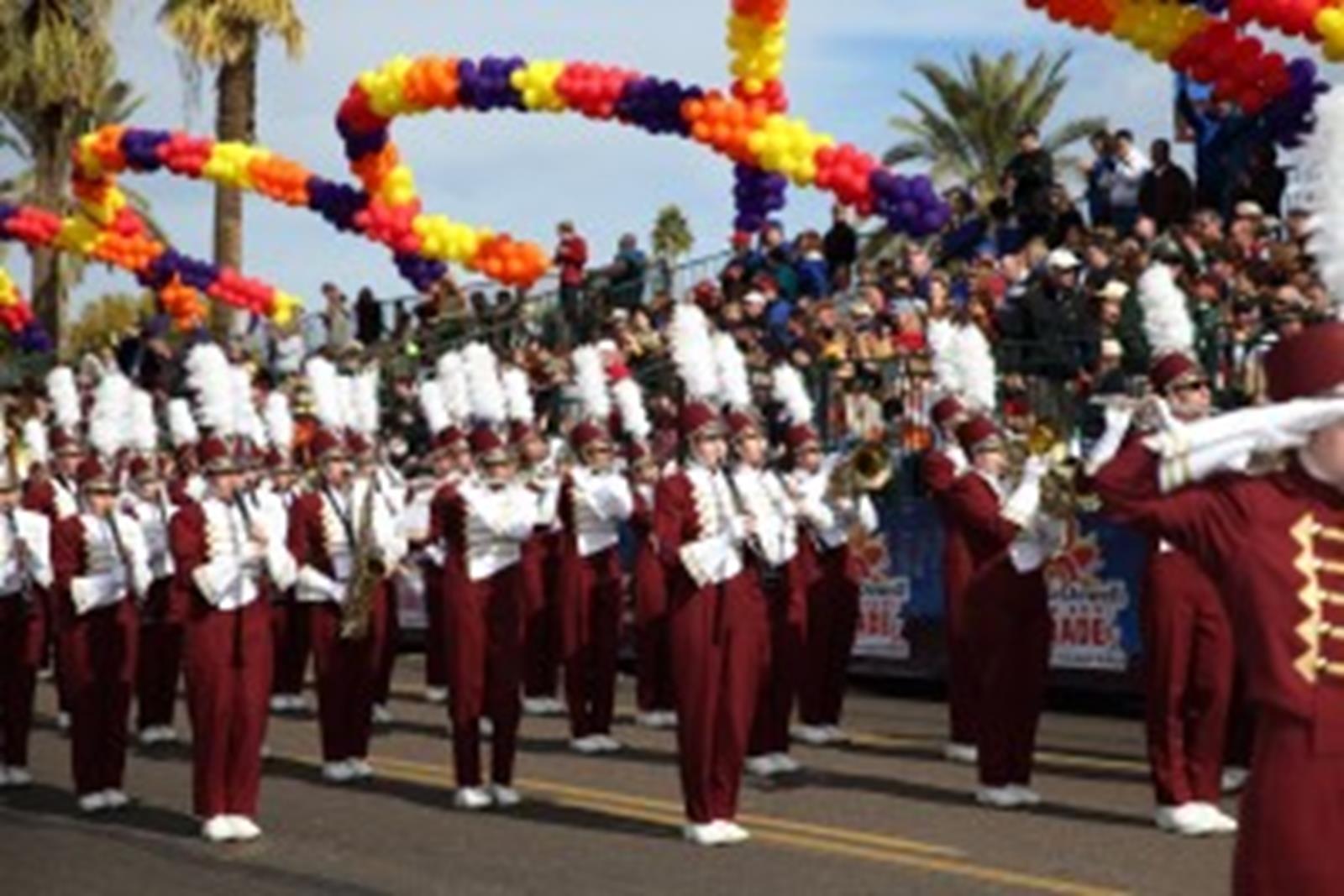 The Fiesta Bowl Band Championship held in conjunction with the parade is one of the longest running events in the Fiesta Bowl Festival of Events. It is the only major bowl parade with judged bands. The event is known to be one of the most prestigious high school band competitions in the U.S. Eight bands advance in pursuit of the Grand Master’s Trophy. The Fiesta Bowl has hosted highly rated bands from 44 states. The field show is held at the University of Phoenix Stadium in Glendale, Arizona. 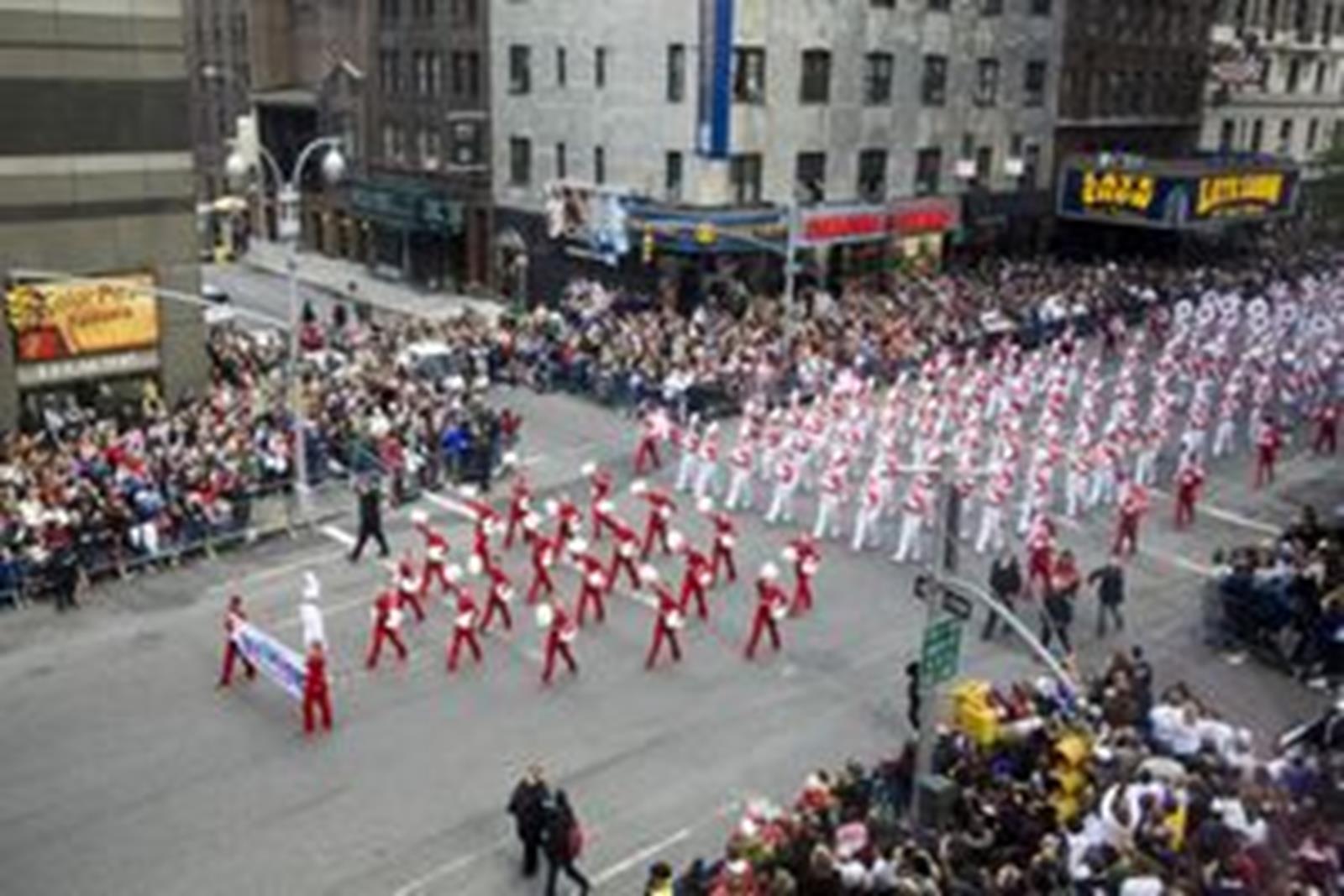 This year marks the 86th anniversary of one of the country’s biggest parades with 3.5 million people in attendance and 50 million TV viewers across the country. The 10,000 participants include performance groups, giant balloons, floats and the best U.S. marching bands. There were 10 high school and college bands in 2013 as well as the Macy’s Great American Marching Band, which has 250 marchers from all 50 states. Band directors can submit an application video to the Macy’s Band Selection Committee and the decision is made by early May.

During the band’s visit, students can attend a Broadway show, take a harbor cruise to view the Statue of Liberty or see others perform at Carnegie Hall, Radio City Music Hall or Lincoln Center. 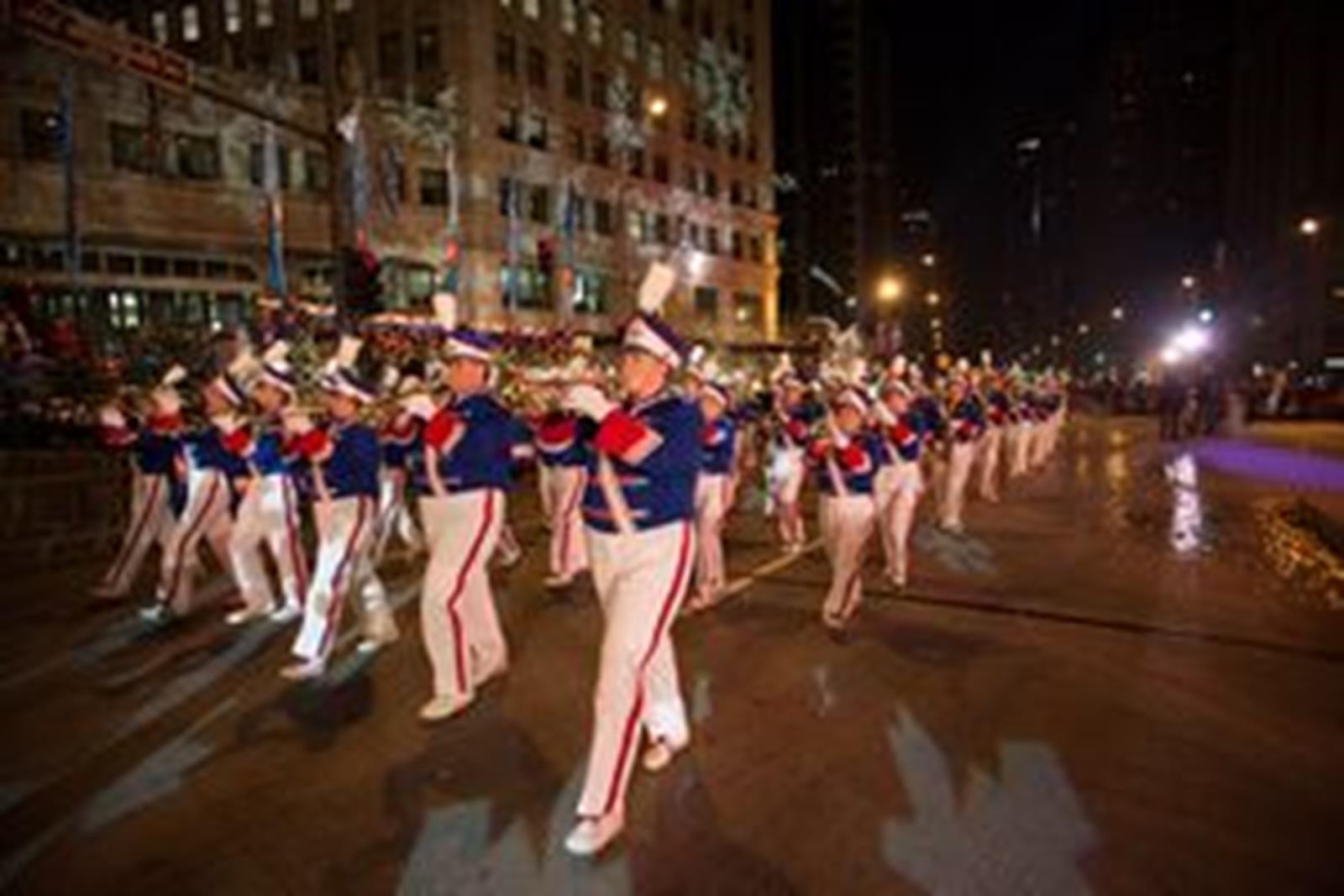 Students get a chance to march along Chicago’s Magnificent Mile on Michigan Avenue to start the holiday season on Nov. 23. The Magnificent Mile Lights Festival features an evening parade with lighted floats, balloons and characters from Walt Disney World Resort. The parade is limited to five or six marching bands.

During the procession, the trees light up at the moment the participants pass. There are more than a million spectators on the route from Oak Street to Wacker Drive. The festival also includes live music at Lights Festival Lane and a fireworks show over the Chicago River as the parade ends.

The annual festival honors the gift of cherry trees from a Tokyo mayor in 1912 to symbolize the growing alliance between the U.S. and Japan. Since 1935, the festival has grown to include numerous events, finishing with the parade and street festival.

The one-mile route goes down Constitution Avenue from 7th Street to 17th Street. It passes historical buildings along the way, including the National Archives, Department of Justice, Smithsonian Museums, Washington Monument and White House.

The parade allows 90-member marching bands or more. Bands are accepted on a rolling basis throughout the year with a Sept. 15 deadline the year before the next parade.

The Nation’s Capital is the best place to celebrate the Fourth of July and student’s can march along with military, specialty units and floats. The parade rolls past national monuments and thousands of spectators on Constitution Avenue from 7th to 17th Street

The Parade National Selection Committee strives for representation from all 50 states. Bands are selected based on their geography, quality and diversity. The application deadline is Jan. 15 of the year of the parade and a decision is made by Feb. 15.

The Music Celebrations International organization can make arrangements for an unforgettable trip for participating marching bands. While staying in D.C., students can enjoy the National Folklife Festival on the Mall as well as “A Capitol Fourth,” a PBS concert at the Capitol Building featuring the National Symphony Orchestra and a fireworks show.

Held since 1762, the New York City St. Patrick’s Day Parade has kept with tradition by being entirely on foot – no vehicles are allowed. About 50 high school bands take part. Other participants include bagpipe bands, NYPD and FDNY bands, military bands and college bands.

The parade features the National Guard’s 69th Regiment, Irish societies of New York City, Irish-language and nationalist societies as well as many high schools and colleges. There are 150,000-250,000 marchers every year performing in front of two million spectators on Fifth Avenue and half a million television viewers.

The parade starts at 44th street at 11 a.m. on March 17 unless it falls on a Sunday and is then held the 16th. It works its way up Fifth Avenue past St. Patrick’s Cathedral at 50th Street to the Metropolitan Museum of Art, then to the American Irish Historical Society at 83rd Street, finishing at 86th Street around 4:30-5 p.m.

Bands are judged in one of two classes – more than or less than 100 members. Judges from the Eastern Marching Band Association rate the bands from two locations.

The Parade Committee is always looking to invite new high school bands to march. Bands are as large as 300 members and as small as 60. Band applications for the 2014 parade will be processed on a rolling basis until the 2014 lineup is full.

The Portland Rose Festival Grand Floral Parade in early June is one of the largest all-floral parades and the biggest spectator event in Oregon. At least 500,000 people watch the 4.3-mile parade that starts at the Memorial Coliseum and goes through downtown Portland. Bands are judged during a part of the parade. In 2007 and 2011, the festival was dubbed the Best Festival in the World by the International Festivals and Events Association.

The Grand Floral Parade features participating bands from In-State and Out-of-State divisions as well as a sweepstakes. It also includes a Specialty Music Award, exhibition bands, flag and dance, and cheerleading.

In the evening Starlight Parade a week earlier, bands and glowing floats thrill 250,000 spectators. Both parades feature the One More Time Around Again Marching Band, which is an all-ages band featuring more than 500 members from throughout the U.S.

This two-day event gives students a chance to honor America’s veterans and showcase their talents. On Nov. 11, the Band of Pride Tribute features a band rally on the flight deck of the U.S.S. Midway, with all of the student marchers who will participate in the parade. A guest conductor and T-shirts are provided as the students perform on the aircraft carrier in front of an audience. There is a box lunch after the performance and students are free to take a look around the aircraft carrier.

On Nov. 12, marching bands will perform in the historic Gaslamp District in the San Diego Veterans Day Parade. Students can experience a pre-parade band competition judged by members of the Southern California School Band & Orchestra Association. Trophies will be awarded to the top bands, drum majors and auxiliary units.

After the parade, students can enjoy the Awards Dinner Dance Cruise on San Diego Bay. NYC Group Tours is the official marching band sponsor of the tribute and parade.

The Rose Parade, known for its elaborate, flower-designed floats, is one of the biggest marching opportunities of the year. Known as America’s New Year Celebration, the Jan. 1 spectacle has a million spectators with tens of millions watching on television around the world. Selected bands have the opportunity to march in the six-mile parade, take a photo in front of the Rose Bowl stadium and perform with other bands in a three-day field show at Bandfest.

Bands are selected based on musical ability, marching skills, individuality and entertainment value. To be qualified, bands have to be able to perform field shows while marching in a parade block. Bands of all sizes are encouraged to apply. Geographic diversity is encouraged and bands from other countries participate as well.

Applications for the 2015 Rose Parade were due May 31. Invitations are issued in the fall more than a year in advance in order to allow bands time to raise money for the trip. 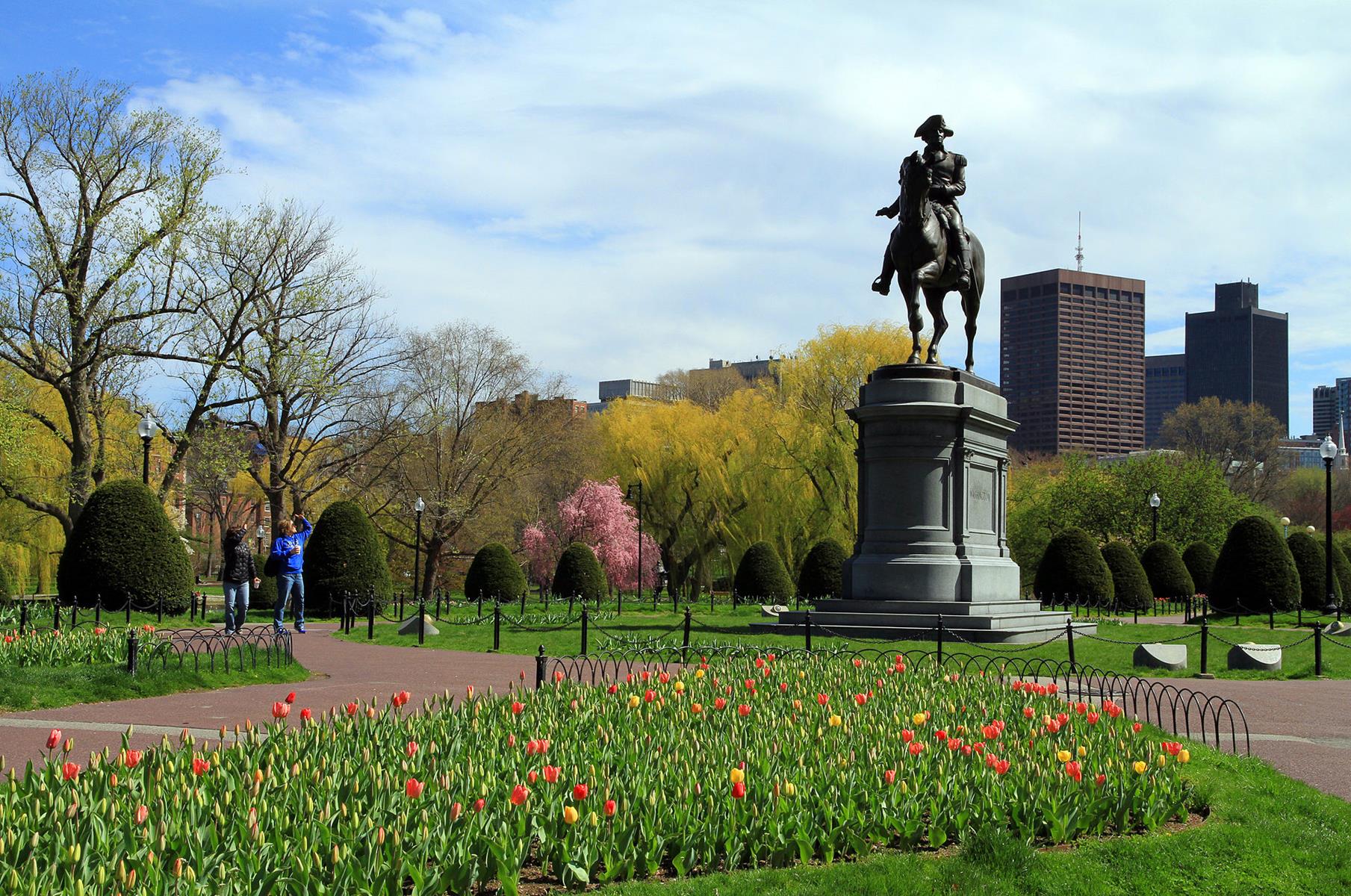 Top 5 Reasons to Make Boston Your Next Student Trip Destination 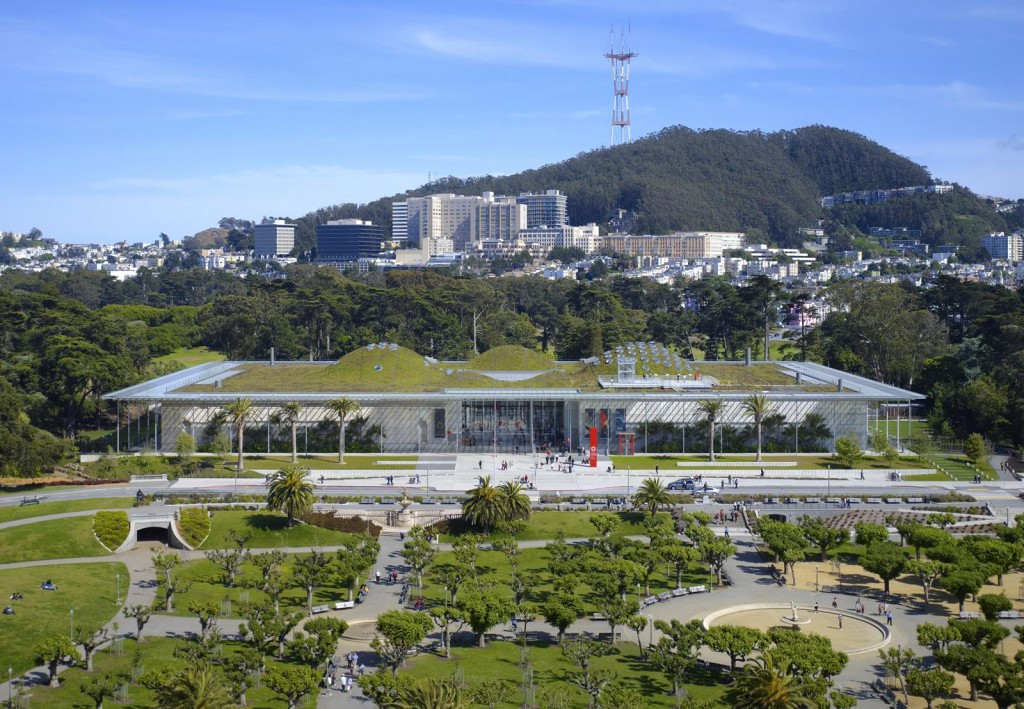