14 Adventures for Student Groups in Florida 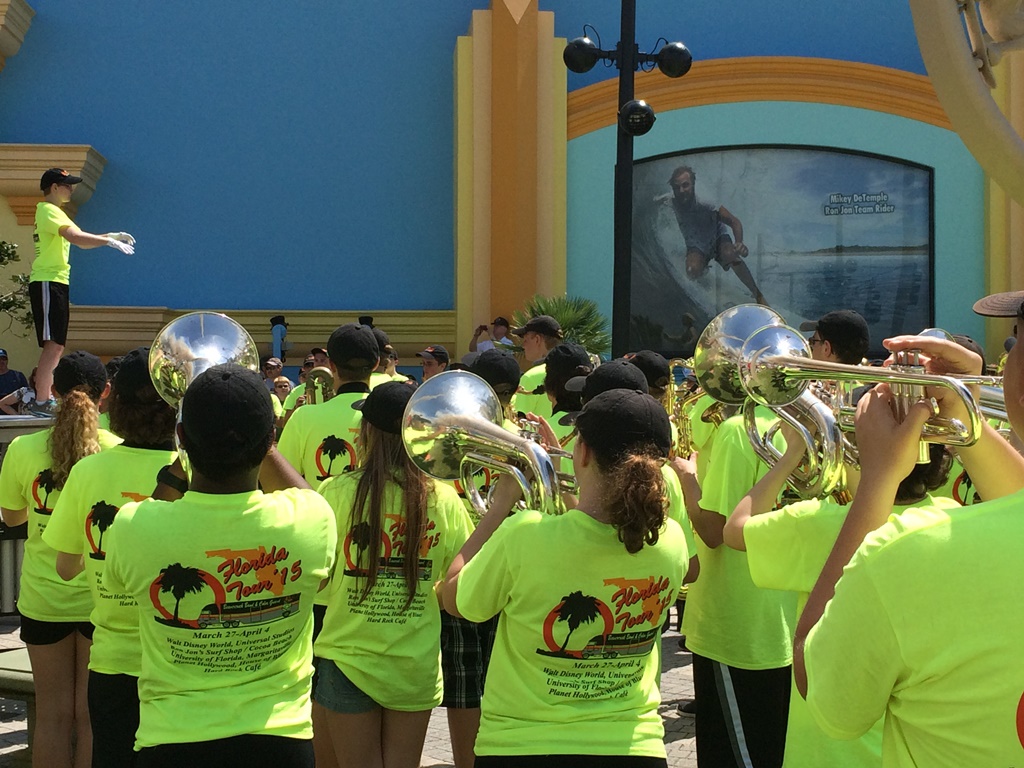 Warmth. Sun. Palm trees. These are the images that often come to mind when students are asked about Florida, but they (and you) might not be aware that there’s an adventurous side to the Sunshine State. Home to everything from rockets and famous inventors to dinosaurs and sharks, Florida offers your students the opportunity to live on the wild side.

Science in the Sunshine State

Have you ever wondered what goes on behind the scenes at Orlando’s Disney World? A-Coast Tours’ Disney Educational Fun Trip combines the magic of Disney with the mystery of science, delving behind the scenes to show students how the park operates. After exploring Magic Kingdom, Epcot and Hollywood Studios, students can pick from a variety of educational programs that include “Animation at Disney History”, “Energy and Waves Physics Lab”, “Discovering Marine Life Conservation” and other enthralling opportunities.

How much heat does a human produce? What’s the most efficient way to move an object from one place to another?  Does your lifestyle promote a healthy heart? The interactive exhibits at the Frost Museum of Science in Miami answer these questions through hands-on experimentation. Additionally, the museum boasts an impressive planetarium where you can watch the galaxy moving above your head on a massive domed projection screen. 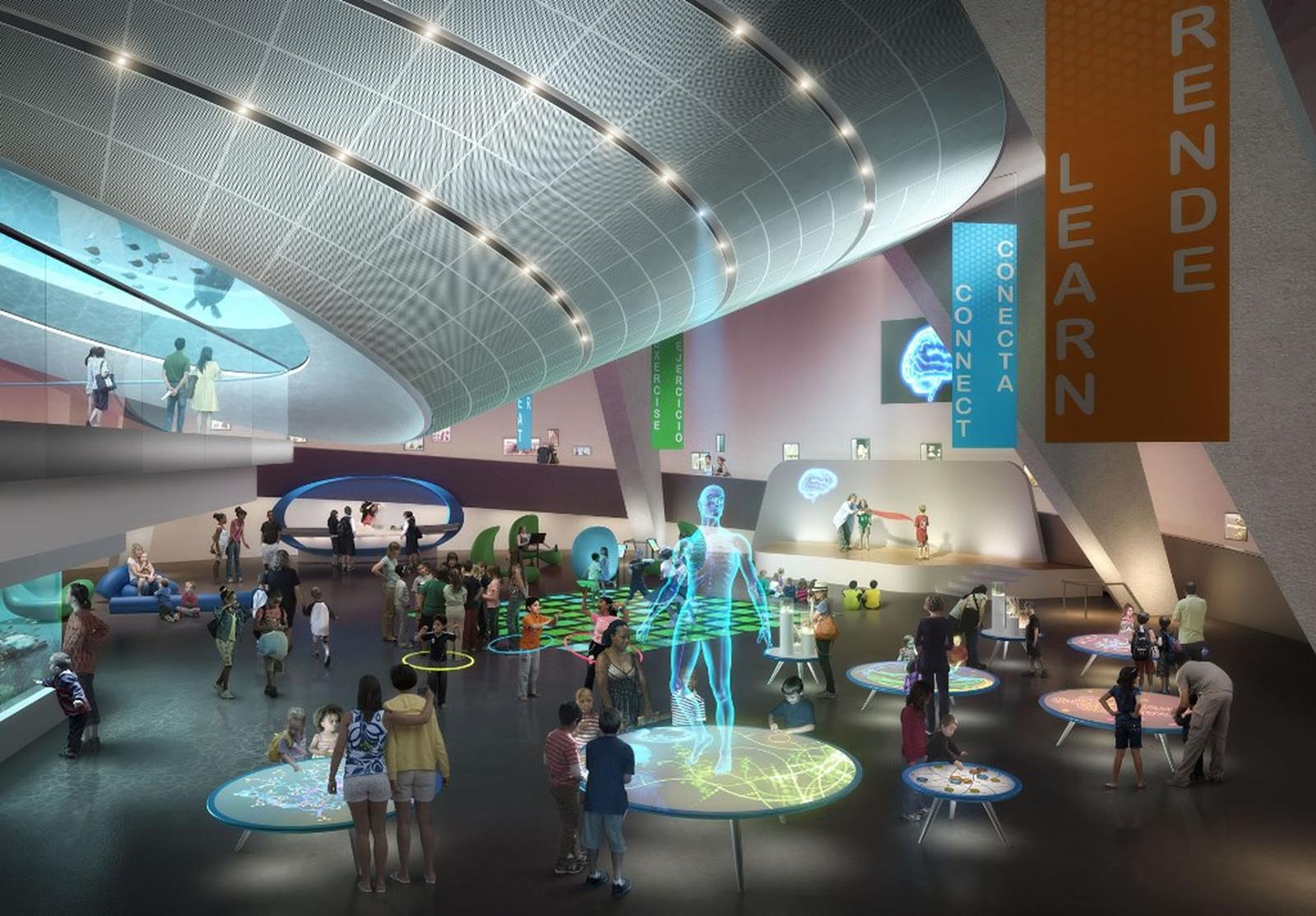 Visitors explore the wonders of the human body at the Frost Museum. Credit: Patricia and Phillip Frost Museum of Science

Few people get the chance to witness a rocket hurtling into outer space, but at the Kennedy Space Center students can do just that. Head over to Cape Canaveral to check out rocket launch sites, have a meet-and-greet with veteran astronauts and experience what it’s like to actually be aboard a space vessel in the space-flight simulator. While you’re there, stop by and see the Atlantis Space Shuttle and catch a glimpse of the Hubble Telescope during an IMAX presentation.

What would you rather do: dig for fossils in the shadow of a prehistoric megalodon, or board a rocket and blast off to Mars? At the Museum of Science and Discovery in Fort Lauderdale, you don’t have to choose. Let your students zip between the past, present and future as they  witness a confrontation between a saber-toothed cat and a Mammoth, or navigate the skies in the cockpit of an FA-18 simulator. Other exciting opportunities include exploring the Everglades on an Airboat Adventure and battling hurricane-force winds in the Storm Center.

Let a giraffe eat right from your hand. Watch colorful lorikeet birds land on your arms as you pet a rhino. Zip-line above the alligators and crocodiles of South America. No matter which adventure you choose, Melbourne’s Brevard Zoo will leave you and your students with a greater appreciation of our animal friends. Explore the habitats of over 650 different creatures by walking along shaded boardwalks, paddle-boating through the wetlands of the Wild Florida exhibit or kayaking around the 10-acre Expedition Africa exhibit. At the end of the day, cool off in the Indian River Play Lagoon. 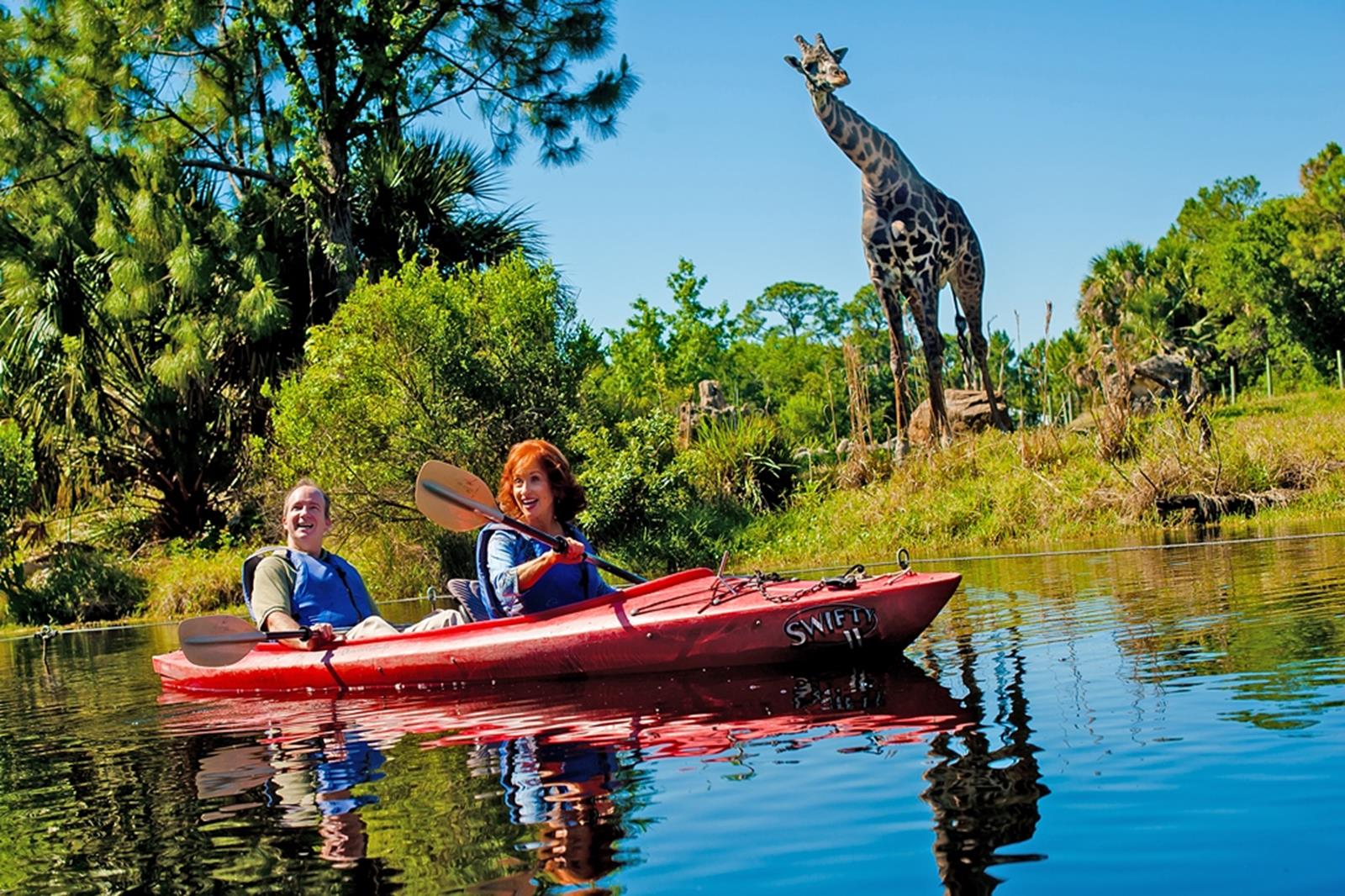 Trade your lungs for gills at SeaWorld Orlando and embark on a variety of underwater adventures. Join sea turtles on an epic journey through the waves at Turtle Trek, a 3D visual experience. Watch dolphins frolic above and below the surface at Dolphin Cove, or stroll through a glass tunnel as sharks swim overheard. Learn the difference between seals and sea lions at Pacific Point, and get the chance to feed the playful creatures. End you day by kicking back, relaxing and enjoying the wonders of the One Ocean show as orca whales leap and race before your very eyes. 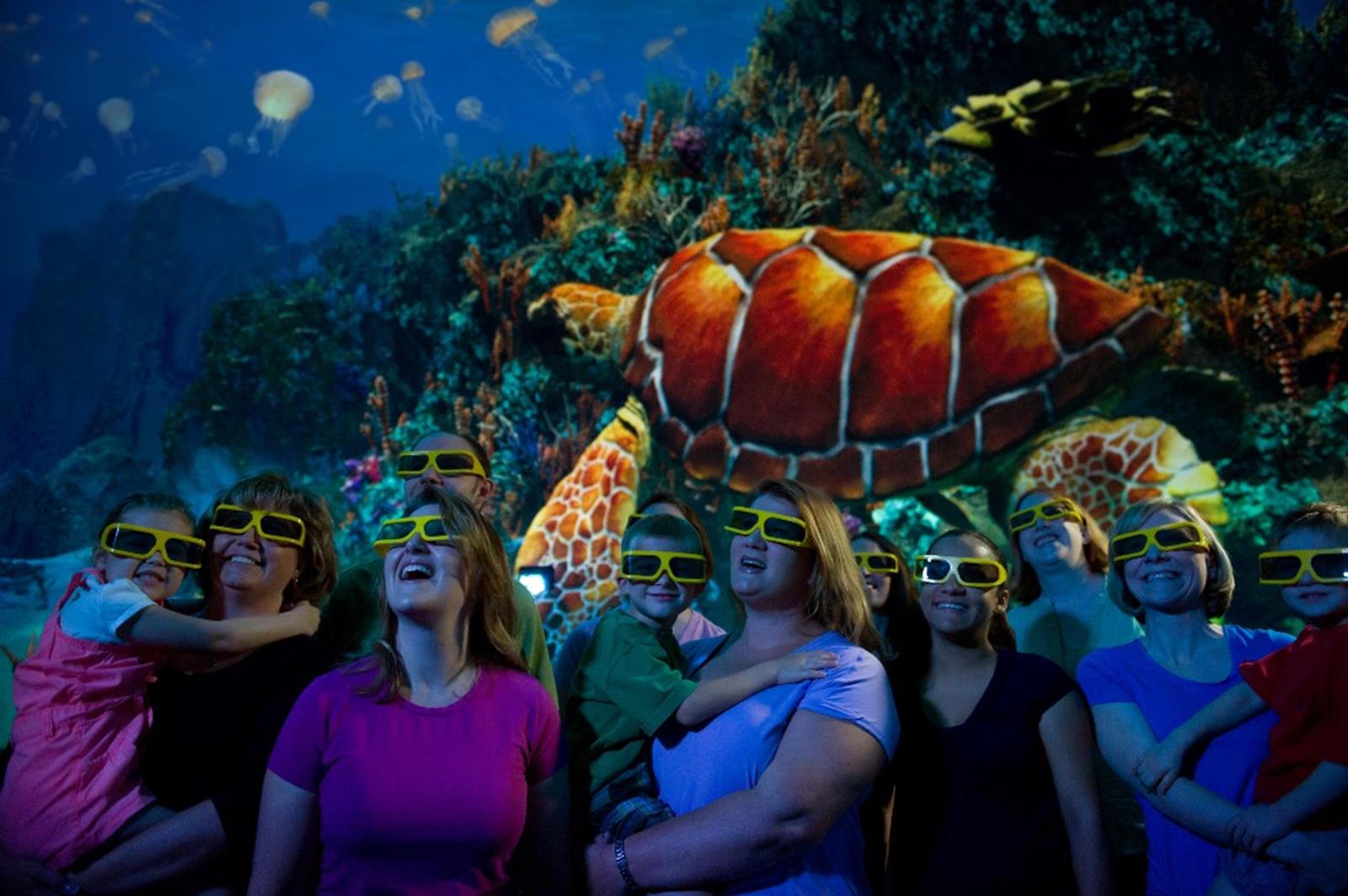 Interested in reptiles? Look no further than St. Augustine Alligator Farm, home to the largest saltwater crocodile in the eastern United States. It’s the only location in the world to boast all 24 living species of crocodilians under one roof, but it doesn’t stop there. Whether your students want to walk the park or are brave enough to zip-line above the enclosures, they’ll discover komodo dragons, king cobras, pythons and countless other scaly creatures as they explore one of Florida’s oldest attractions.

Discover Ft. Lauderdale, “The Venice of America,” on a Jungle Queen Riverboat Tour. Learn about the Tequesta Indians who called the area home for over 1,000 years and the pioneer families who eventually began to develop the seaside town into the beautiful city it is today. The cruise drops anchor at Jungle Queen Isle where your students can see alligators, birds, and monkeys, and serves up its famous barbecue dinner for you enjoy on your way home.

If your students prefer to be the captain of their own ships, head to the beautiful, tropical isles of Islamorada in the Florida Keys and take part in a Ripple Effect Kayak Tour. Knowledgeable tour guides lead the environment-friendly expeditions and decode the mysteries of the wild as you drift past sand dunes, paddle next to manatees and explore the crystal clear waters of the southern Florida wilderness at your own pace. 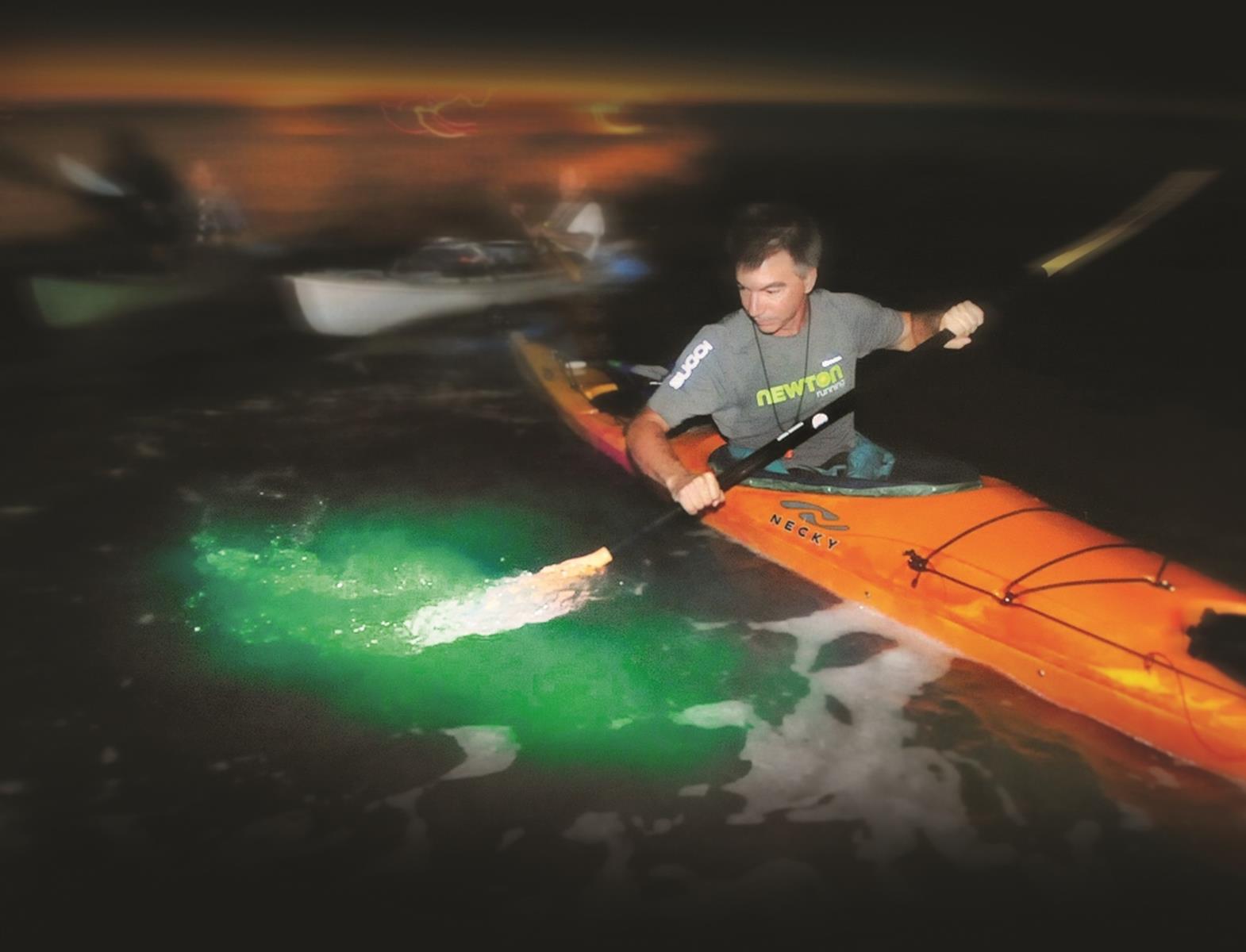 A tour heads out for a bio-luminescent experience. Credit: FLORIDA TODAY Communications

After the sun sets, make your way to Indian River and set out on a Bioluminescence Night Kayak Tour for an unforgettable two-hour experience. From the quiver of fish to the stroke of your own paddle, every movement in the water is illuminated and brought to life by the magic of a phenomenon known as bioluminescence.

Hang ten in Cocoa Beach with members of the United States National Surf Team at Ron Jon Surf School and learn to surf, paddle board or kite board under the tutelage of champions. Whether your students are water sports beginners or seasoned athletes looking to hone their skills, Ron Jon Surf School provides instruction that’s tailored to their individual needs. Musically inclined? Have your bands, choral groups or dance ensembles showcase their talent at the surf shop. 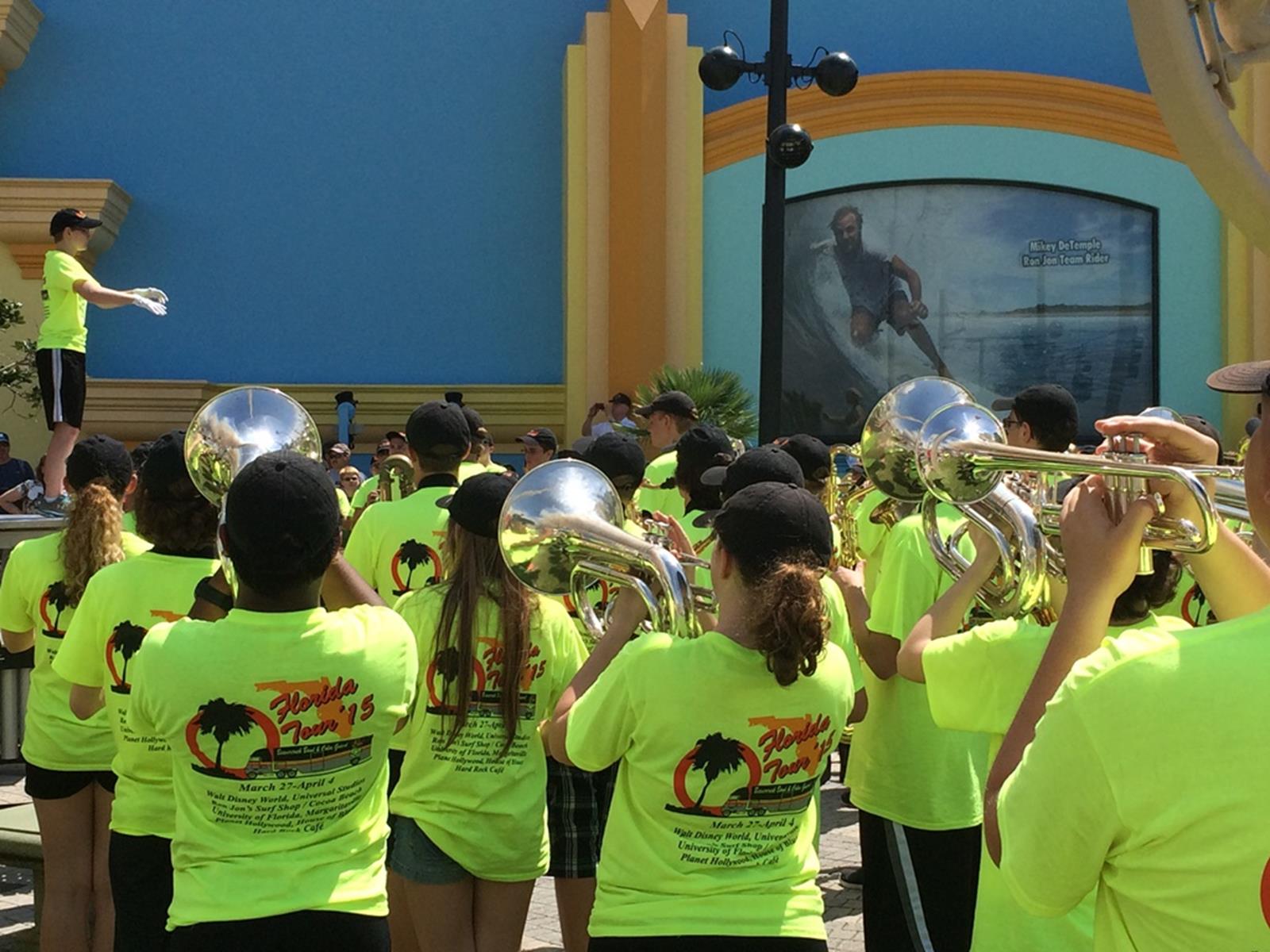 History and the Arts

Spend hours getting lost in the twists and turns of a sculpture garden. Learn about the deforestation of the South American jungle. See the faces of Miami’s colonialism. The School of the Forest, Poetics of Relation and countless other exhibits can be found at Pérez Art Museum Miami, where modern art and social themes collide to give students a unique interactive learning experience.

Could a man barely over five feet tall move 1,100 tons of coral and create a castle? The answer to this question is still hotly contested, but the magnificence of Coral Castle and its sprawling gardens isn’t up for debate. Created in the early 1900s over the course of 28 years, the architectural marvel still looms over Homestead in excellent condition. Recently featured on Ancient Aliens, the castle attracts thousands of tourists per year and is sure to leave you and your students in awe.

Come enjoy dinner and a show at Broadway Palm Dinner Theatre in Fort Myers. Whether you’re enjoying 7 Brides for 7 Brothers, Footloose or one of the many other shows the theater has put on over the years, Broadway Palm never disappoints. Student groups have the option of doing a question-and-answer session with cast and can even get autographs afterwards. 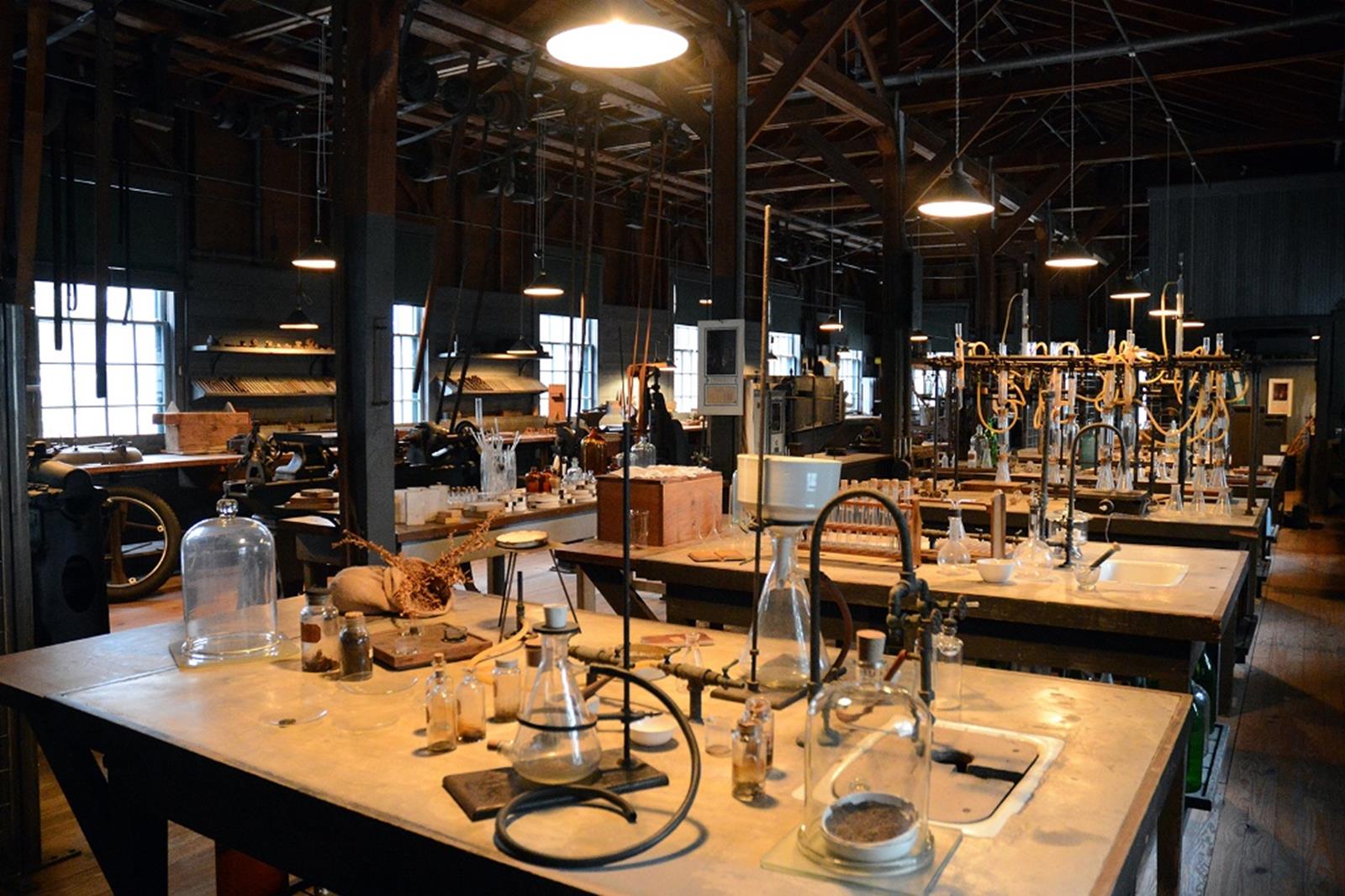 An inside look at the Edison Botanical Research Laboratory. Credit: Edison and Ford Winter Estates

Imaginative minds never take breaks, and Thomas Edison and Henry Ford were no exception. Come visit the Edison and Ford Winter Estates in Fort Myers and explore the Edison Botanical Research Lab where Edison discovered an alternative source for rubber. Marvel over the original, custom-made Model T that Ford painstakingly designed for his neighbor and make your way through a museum chock full of their most famous inventions.

It’s impossible to capture all the wonders that Florida has to offer student groups, but the attractions listed above are all great places to start your journey with your students. Fun in the sun? Hands on discovery? Wild animal encounters? Unforgettable castles? No matter what your student group is looking for, Florida delivers. Come experience the Sunshine State for yourself, and indulge in some of the once-in-a-lifetime experiences it has to offer.