A Student Trip to Cape Cod is One for the Books 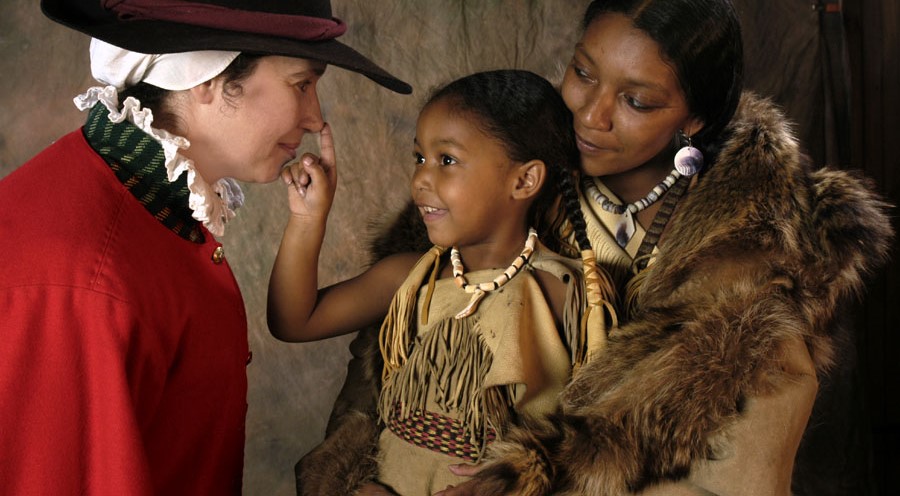 I recently had the pleasure of visiting The Cape to get a taste of the best student-friendly activities this East Coast region has to offer. During a long weekend, my mom and I made our way down from Boston Logan Airport and up again to the tip-top of the “arm.” If you see the below map of Cape Cod, it looks like a flexed arm. Insider tip: locals often use their own arms as makeshift maps! 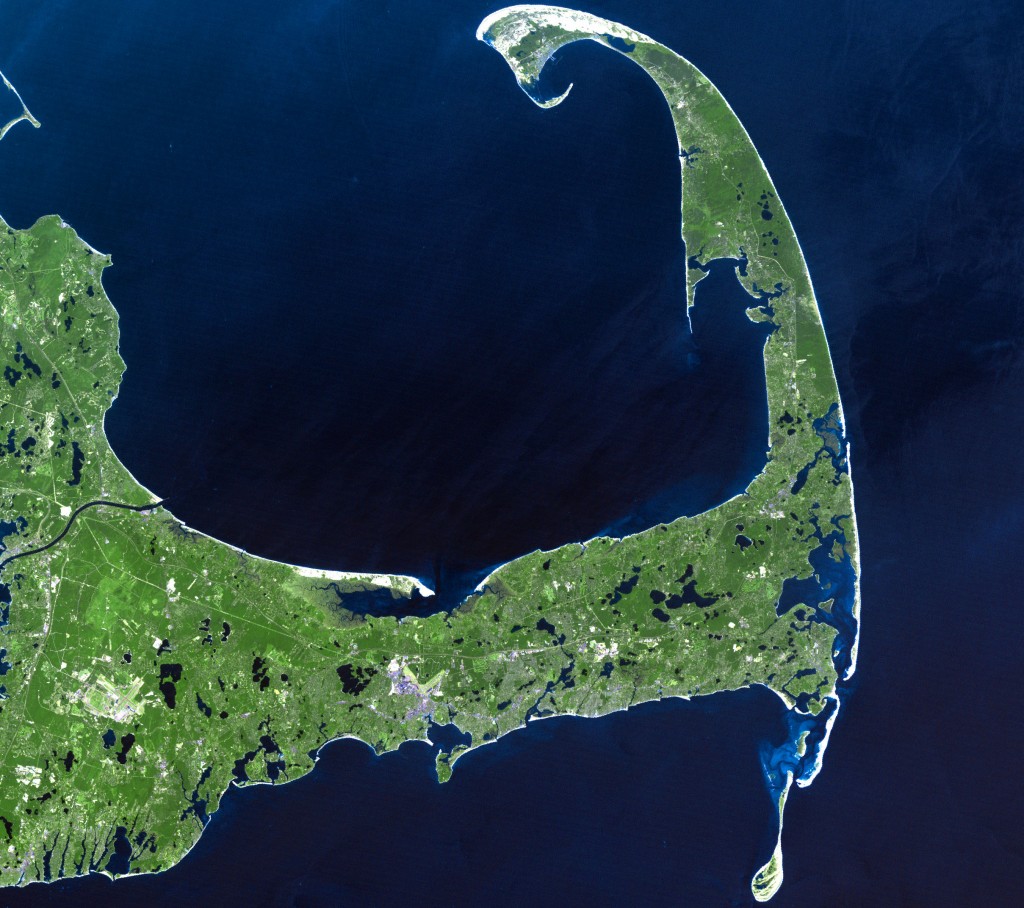 About an hour south of Boston in Plymouth awaits a living history museum that attracts visitors from all over the nation: Plimoth Plantation. Students travel back in time to the original settlement of the Plymouth Colony, established in the 17th century by English colonists. On Plymouth Harbor, board Mayflower II, a full-scale reproduction of the tall ship that brought the Pilgrims to Plymouth in 1620. Costumed role-players tell stories of their perilous journey across the Atlantic while modern guides recount the history of Mayflower and Mayflower II. Take a short stroll from Mayflower II to the Plimoth Grist Mill, which tells the story of the grist (corn grinding) mill built by the pilgrims in Plymouth Colony. 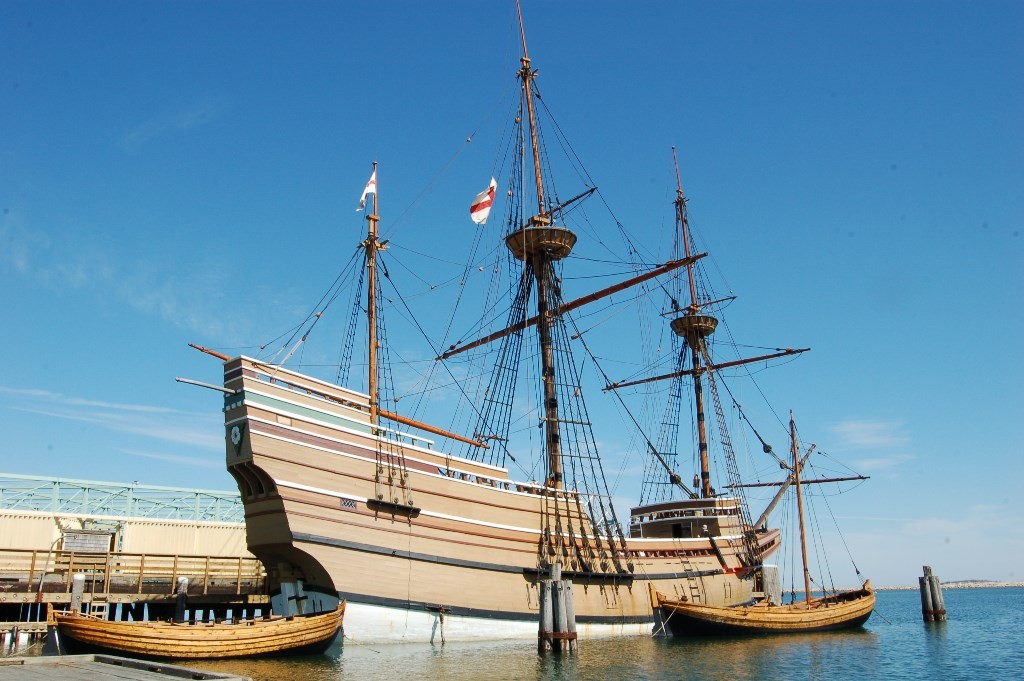 But before chatting up the colonists, first visit the Wampanoag Homesite. Unlike the costumed interpreters you’ll meet in the 17th-Century English Village, the staff in the Wampanoag Homesite are all Native People (either Wampanoag or of another Native Nation). Students hear modern perspectives about Wampanoag history and culture, are invited inside a wetu, play hubbub, help make clothing from deerskin and learn the various uses of plants. At the riverside, you may even see men making a mishoon—the Wampanoag word for boat—using fire as a tool to hollow out a tree.

Groups may also want to spend some time in Hornblower Visitor Center where students play and learn in the interactive Family Discovery Station, purchase a souvenir at one of three museum shops, or grab a bite to eat at the Patuxet Café. At the Craft Center, witness how Plimoth Plantation’s skilled craftspeople recreate the 17th century. 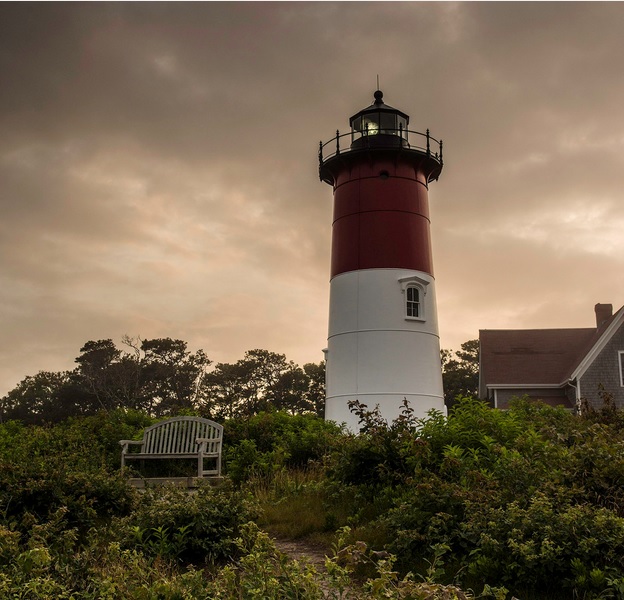 Provincetown alone is full of excitement with its bustling harbor, sandy beaches and charming downtown. But the No. 1 experience for students in Provincetown is found at Art’s Dune Tours, where off-road experiences on the protected Provincetown Cape Cod National Seashore are informative and fun. Learn the history, ecology and geography of the water, dunes and the Peaked Hill Life Saving Station. Embark on an art excursion while learning about Provincetown artists and the “dune shacks” where famous artists and writers like Eugene O’Neill and Harry Kemp became inspired to create their work, then use your own inspiration in a painting class. Go fishing or enjoy a sunset cruise complete with a bonfire, and indulge in local culinary favorites en route. 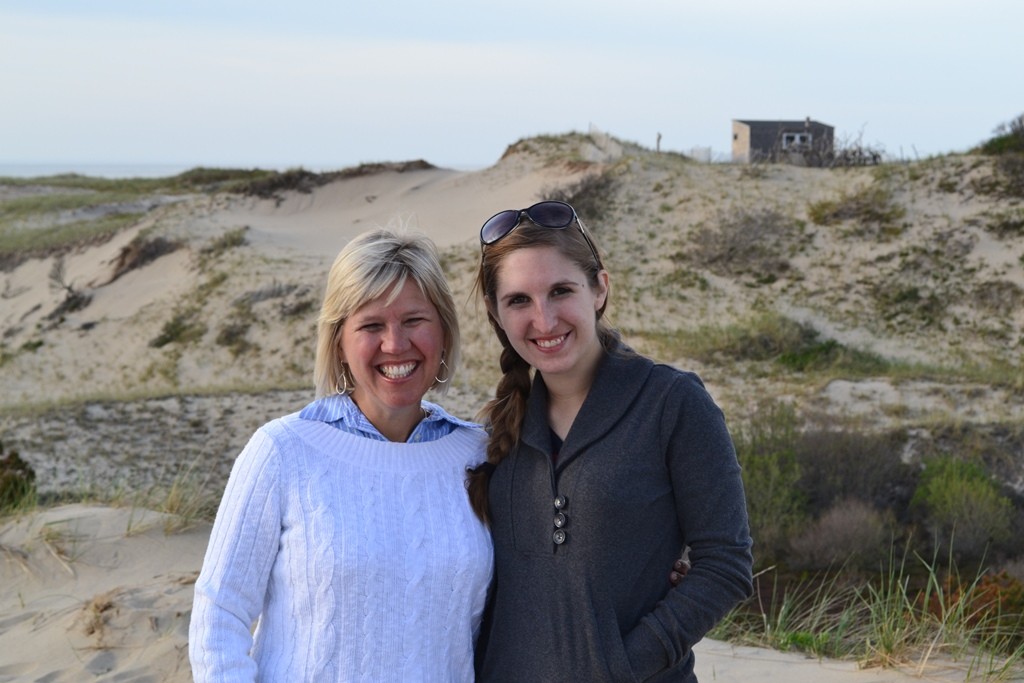 My mom and I at the dunes with Art’s Dune Tours. Credit: Lauren Reiniger

We partook in a sunset tour, where we learned more than we thought possible about dunes and local ecology, thanks to my guide superbly answering any question I threw at him. The serene beach was practically deserted as we watched the sunset; less than 20 vehicles are allowed to trek the land, and Art’s Dune Tours owns nine of these.

Hy-Line Cruises offers deep sea fishing, ferry services, Cape Cod Canal cruises and a plethora of other cruise options. We embarked on the hour-long Hyannis Harbor Cruise, which narrated the village of Hyannis’ history and local area landmarks on our way to view the historic Kennedy Compound in Hyannisport. We were given a laminated card that mapped the main points of interest on the Hyannisport waterfront, including Great Island, the Kennedy Memorial, Egg Island, St. Andrews-by-the-Sea, Squaw Island and Point Gammon Light. If you’ve ever seen those infamous photographs of the Kennedys playing on the beach, you’ll quickly recognize that same shoreline. 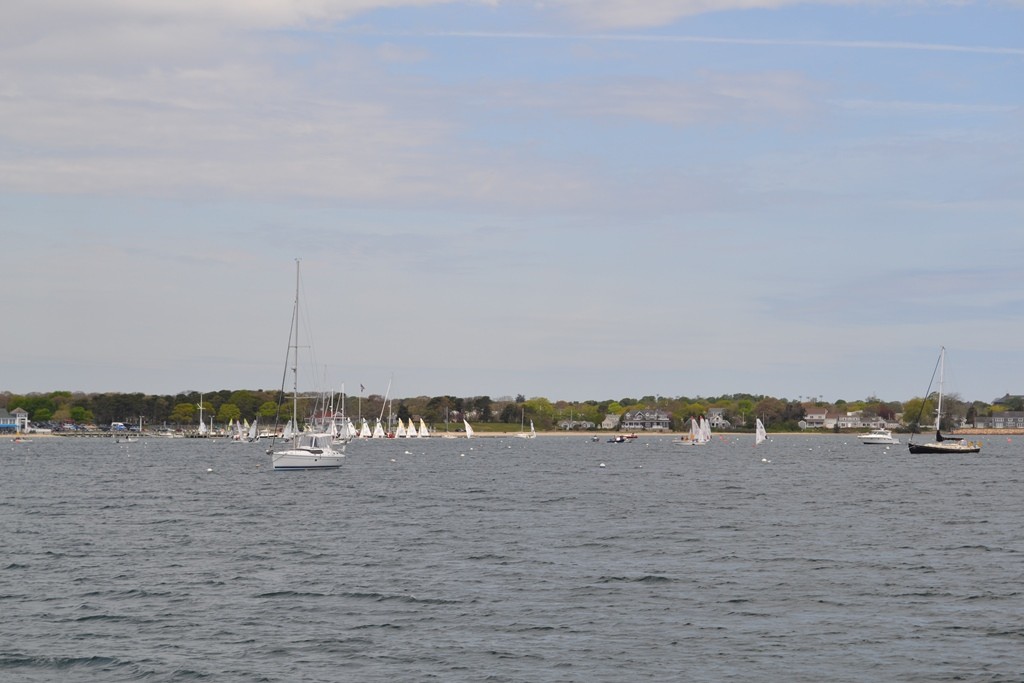 We departed Hyannis on a ferry with Steamship Authority to the island of Nantucket. Amidst historic, New England neighborhoods and quaint shops, the highlight of our trip to the island was Nantucket Whaling Museum. Located just off the docks, the Nantucket Historical Association’s museum features the Nantucket’s rich history in whaling. Learn how whales were used for oil and art and about the lives of Nantucketers during whaling’s heyday. The museum features a restored 1847 candle factory, a fully accessible rooftop observation deck overlooking Nantucket harbor, a sperm whale skeleton and an exhibit space. 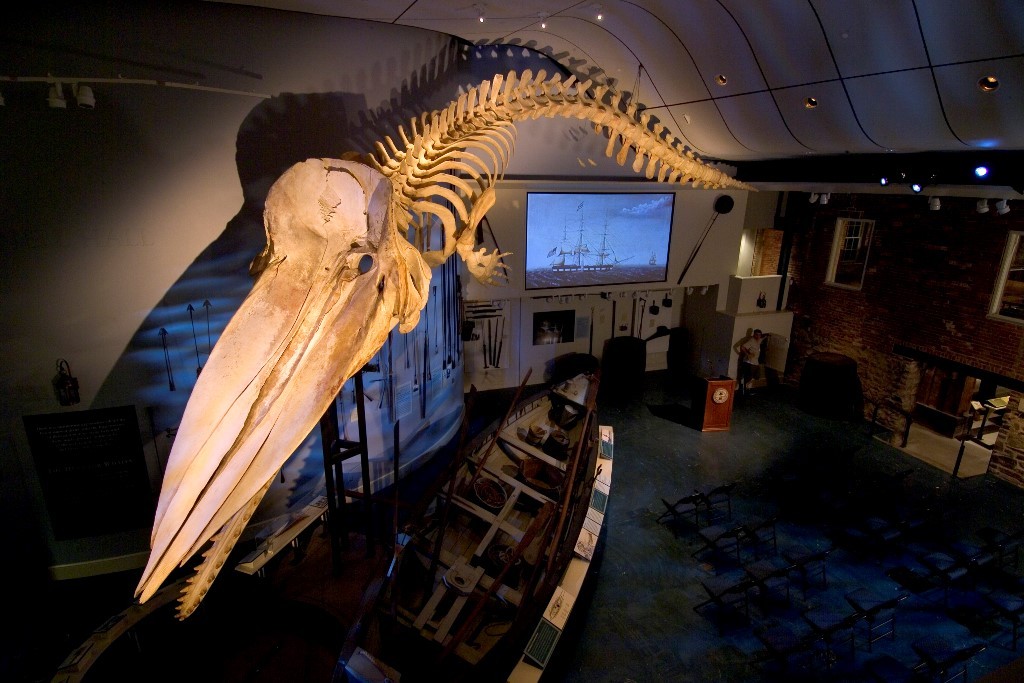 Currently on exhibit until November, 2016 is Stove by a Whale: 20 Men, 3 Boats, 96 Days, which tells the tragic story of the crew of whaleship Essex after it was destroyed by a sperm whale in November, 1820. Follow 20 sailors as they attempt to sail the Pacific Ocean back home to safety with limited food and water. The exhibit also showcases the nonfiction novel, In the Heart of the Sea, by Nathaniel Philbrick, who retold the story using an account written by Thomas Nickerson, a teenage cabin boy on board the Essex. It was this story that inspired Herman Melville’s Moby-Dick in 1851. The story continues to be retold today in movie form.

If the chilling history surrounding the Essex’s crew hasn’t scared off any students, fast forward to modern society’s take on whales with Hyannis Whale Watcher Cruises. I have never seen a crew that works so hard to practically guarantee you’ll see a whale. Our trip from Barnstable Harbor out to Cape Cod Bay started pretty bleak; the fog made it almost impossible to see past a dozen feet. But Hyannis Whale Watcher Cruises works with other whale watching excursions to pinpoint whale sightings and notify other whale seekers. Despite the fog, we saw five whales surface and slap their flippers and tails on the ocean surface, seemingly waving hello. Throughout every cruise, a naturalist narrates what type of whale you’re seeing and the reason behind its behavior, provides fun facts, answers questions and explains current tactics in researching these great creatures. Seeing those whales in their natural habitats put the cherry on top of our adventure to Cape Cod. 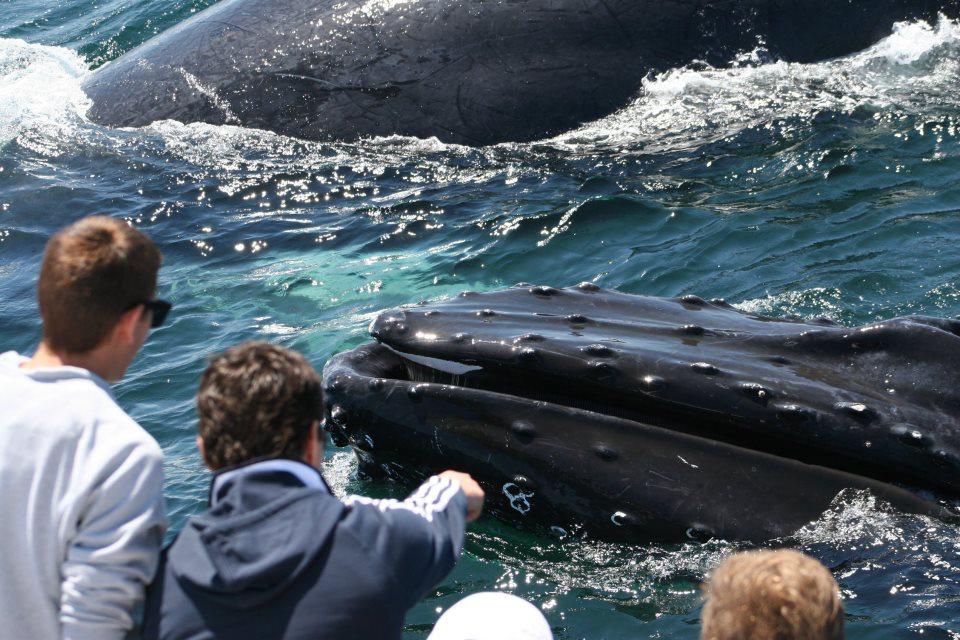 Massachusetts is a New England state known for its significant colonial history; it should come as no surprise that the state’s East Coast peninsula exudes a unique history that can only be found on Cape Cod. Contact the Cape Cod Chamber of Commerce to start planning your student trip to Cape Cod today.