Arkansas, Where A Great Student Trip Is All-Natural 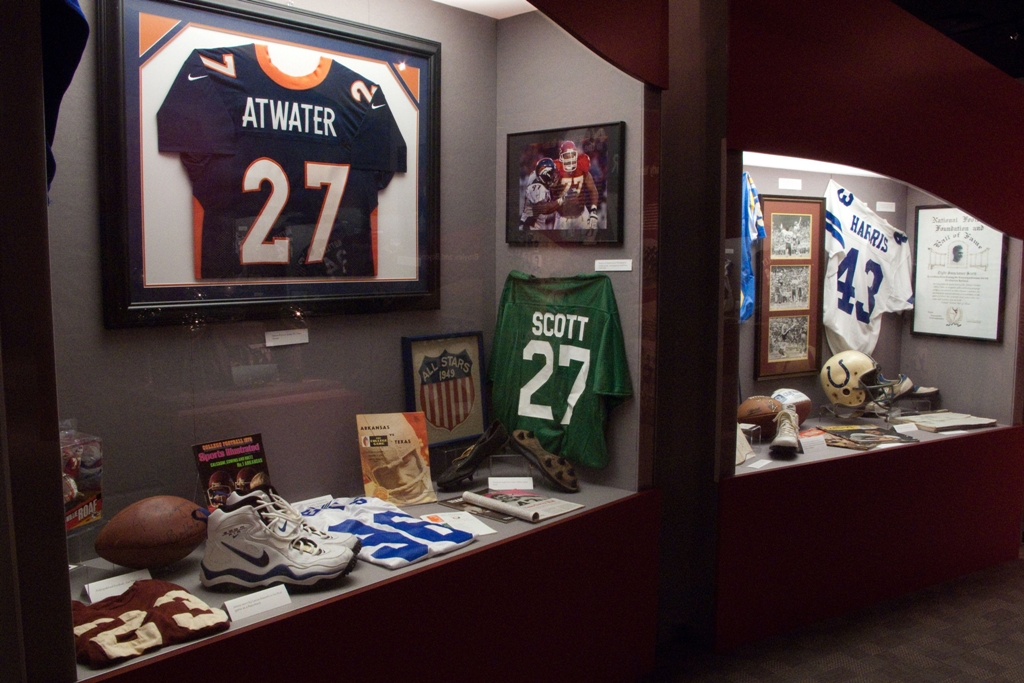 Arkansas is known as the Natural State for good reason. For most of us, the state’s name conjures up a gentle and temperate scenery of green rolling hills and meandering rivers. But Arkansas has more than bucolic beauty to offer student travel planners. The state is crisscrossed with history (literally, by way of its Heritage Trail system) that dates from the Civil War, the Trail of Tears, the pre-cursor to the United States Postal Service and the Civil Rights Movement.

Arkansas is also great place to learn. Whether it’s an outdoor expedition to learn about geology and ecology or an inside look at arts and history, Arkansas is full of treasures just waiting to be discovered by your group.

Arkansas sets the stage for a different kind of scholastic digging—for diamonds, at the Crater of Diamonds State Park in Murfreesboro and for quartz at various points in the Ouachita Mountains. Crater of Diamonds State Park is the world’s only DIY diamond mine. Since being discovered in 1906 this diamond field has produced a variety of precious and semi-precious stones. And digging for quartz, especially around Mount Ida and in the hot springs area, is a one-of-a-kind experience to be sure. And just in case you’d rather spend than mine, gift shops are available.

Another kind of hands-on experience is the Heifer International Global Village and Ranch, located near Little Rock.  It’s an experimental, interactive ranch where your group can tour or even spend a night. Here, they’ll get a chance to see animals, exotic and domestic, as well as learn about the real-world problems of poverty and hunger that we’re still struggling with worldwide. 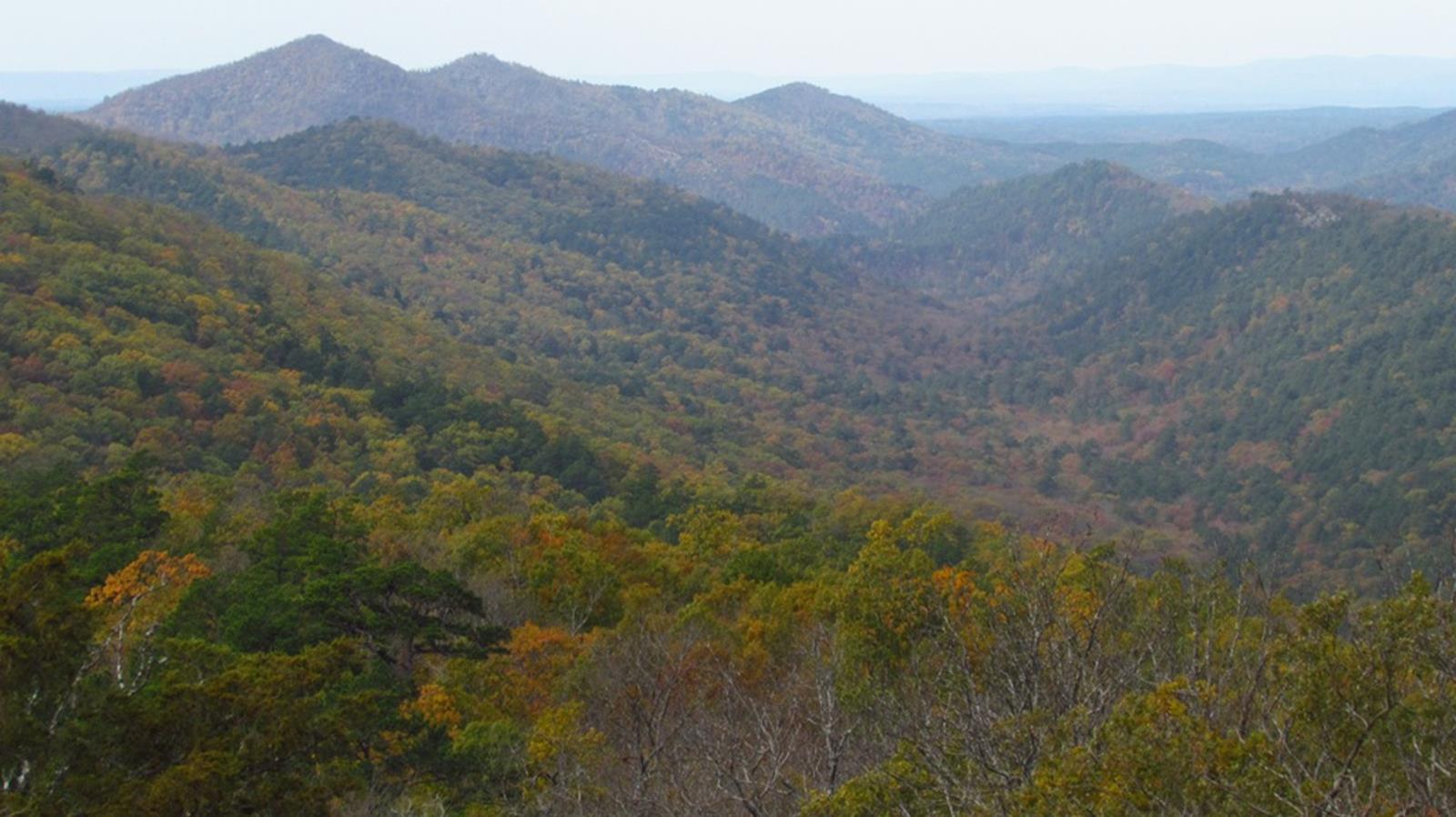 Louisiana Purchase State Park is part National Historic Landmark—a granite monument marks the spot where surveyors of several states-to-be got started—and part pre-Settler ecology lesson. The park’s central feature is a boardwalk that wends its way around the natural swamp-like setting that was common to eastern Arkansas prior to farming. Signs along the way educate visitors about the natural and man-made history of the area.

At Toltec Mounds Archeological State Park in central Arkansas, self-guided walking tours, tram tours and guided archeological site tours offer visitors a chance to see three American Indian mounds. Part of a ceremonial and government complex, the mounds are the tallest in the state. The park’s visitors’ center and exhibit gallery feature artifacts and a theatre to help your students relate to what they learn.

Not Your Average Science Museums

Museums can be “meh.” Interactive museums are more “wow!” And The Donald W. Reynolds Science Center Museum of Discovery in Little Rock has more than 90 exhibits, plus an assortment of shows and special programs, to keep kids engaged. Recently, this museum was ranked as one of the country’s best by MENSA.  Not only will your kids have a blast, they’ll exercise their brains, too. 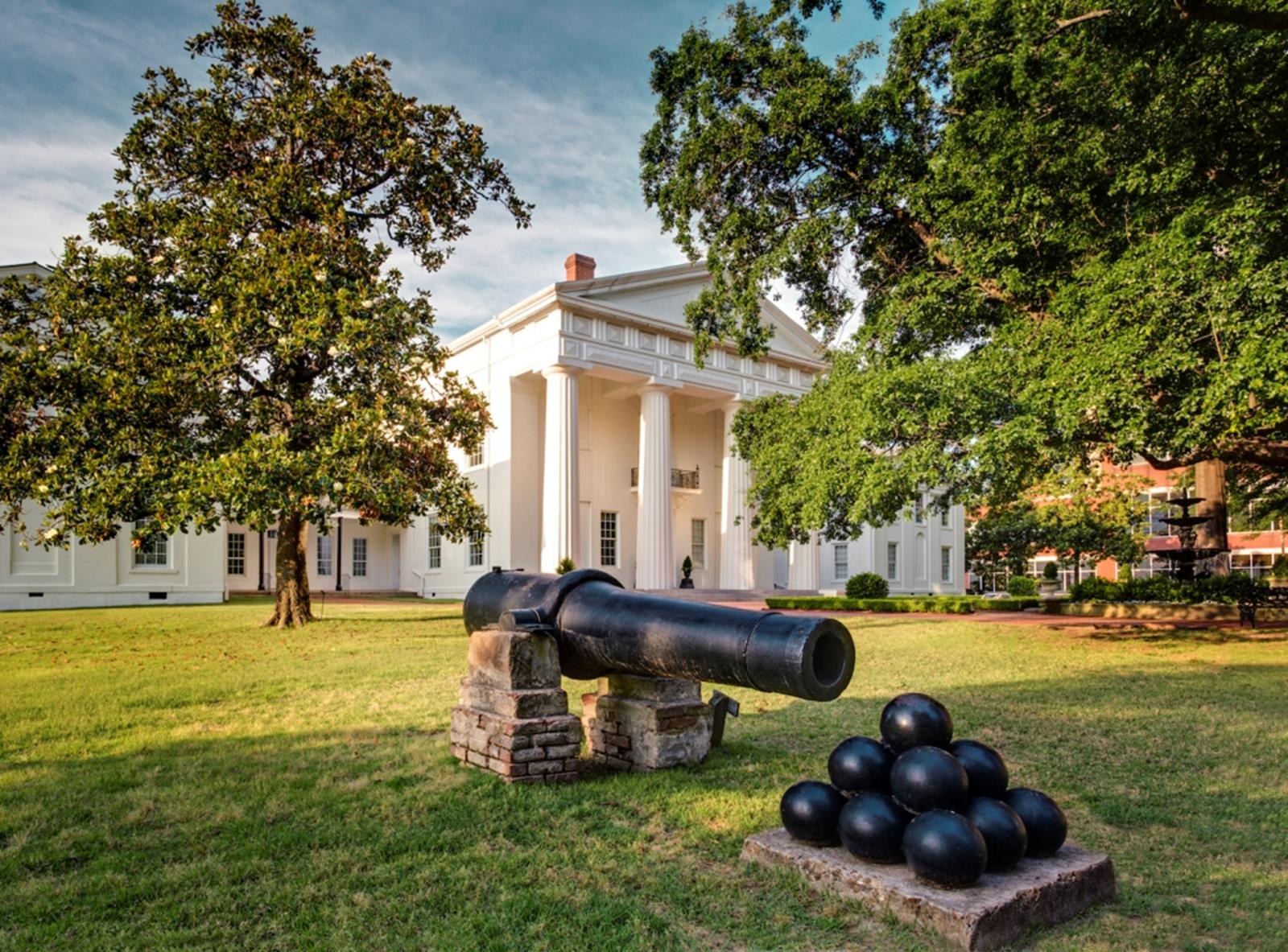 The Mid-America Science Museum, also affiliated with the Donald W. Reynolds Science Center, is the largest hands-on museum in the state. More than 100 exhibits include a digital dome for stargazing, a physics-first entryway called the Marvelous Motion Gallery, an outdoor skywalk into the forest canopy, and many more opportunities to nourish knowledge and wonder.

Experiencing the Past, Appreciating the Present

The Arkansas River Trail is an 88-mile loop in and around the Little Rock area that connects museums, parks and open land. If you’re looking for a lot of traditional museums in one place, the Arkansas River Trail has 12 of them, including The Donald W. Reynolds Science Center Museum of Discovery that we just profiled. Other museums include the Arkansas Sports Hall of Fame, the Arkansas Inland Maritime Museum, the MacArthur Museum of Arkansas Military History, and the William J. Clinton Presidential Library and Museum. Of special interest are the Mosaic Templars Cultural Center, which commemorates African American history in the region, and Old State House Museum, the oldest standing capitol building in the West. 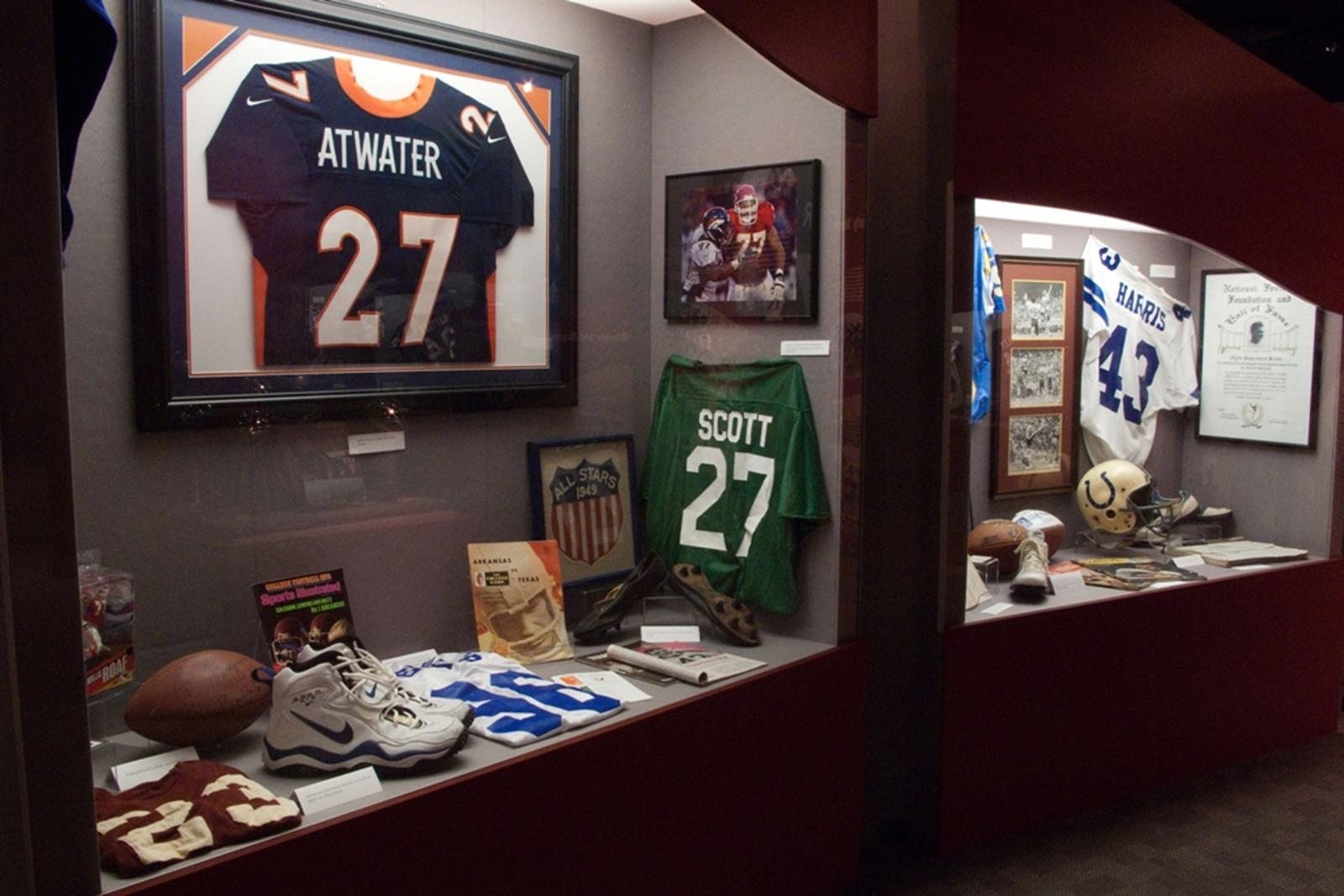 Music is a big of part of any culture, and that’s doubly true in Arkansas. The mountain harmonies of the Ozarks and the longstanding blues tradition of the Delta—as well as the cultures and stories that gave birth to them—are honored at the Ozark Folk Center State Park and the Delta Cultural Center. Both venues also host live music performances; in the case of the Delta, there are festivals of blues and gospel; for the Ozarks, it’s a combination of folksy concerts and workshops.

Of course, not every moment of your trip needs to be spent actively learning. Make time to get outdoors for some fun! In Arkansas, GPS-enabled geocaching is a high-tech twist on a treasure hunt. 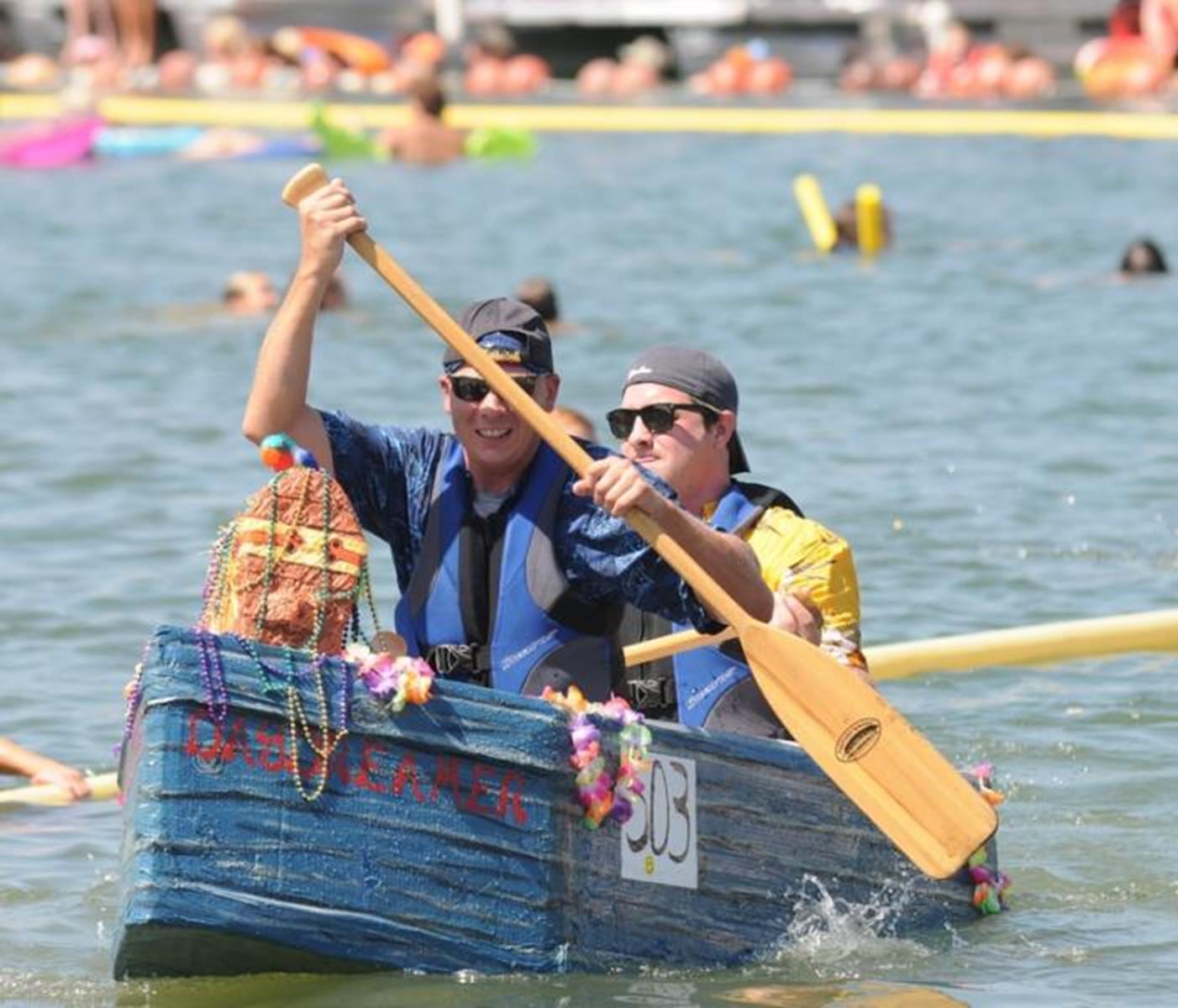 Arkansas hosts a variety of festivals. While each one comes with the usual attractions of onsite food, various competitions and assorted vendors, the main themes are definitely one-of-a kind: the World Championship Cardboard (Boat) Races in Heber Springs; Race For Sight Lawnmower Races in Pea Ridge; the Kudzu Festival and Chili Cook-Off in Helena; the Birdhouse Festival in Elaine; and the entirely porcine-themed Little Rock Bacon Fest.

It’s natural to have a good time in Arkansas. What activities tailored to student travel groups would you add to our list? Let us know in the comments section below!