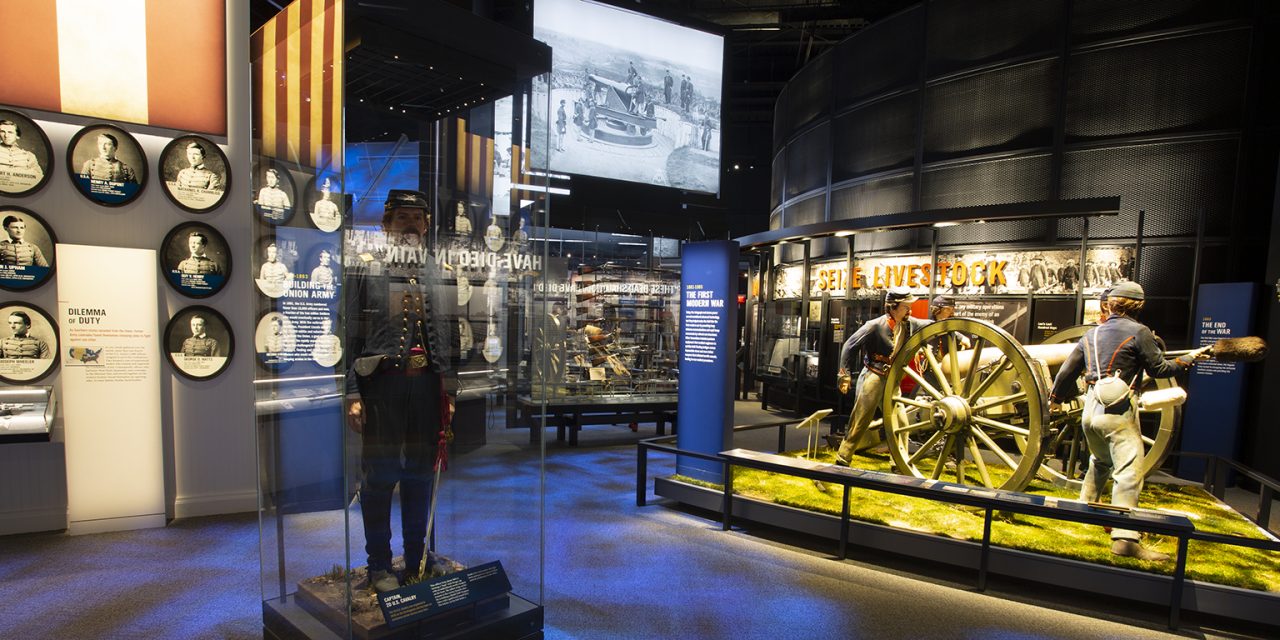 Located in Fort Belvoir outside of Washington, D.C., the National Museum of the United States Army is a state-of-the-art space that proudly tells the comprehensive story of America’s oldest military service. An immense 84-acre campus that includes indoor pavilions, theaters and outdoor event spaces, the museum welcomes school groups of all ages with a diverse array of programming.

The museum’s permanent exhibits can be found in the Fighting for the Nation Galleries, which include “Founding the Nation” (which explores the origins and formation of the Continental Army), “Preserving the Nation” (which documents the Army’s role in the Civil War and America’s westward expansion) and the “Global War Gallery” (which portrays the Army’s role in the Allied victory during World War II). Students will also learn about the Army’s participation 21st century conflicts in Iraq and Afghanistan in the “Changing World Gallery.”

The Army Theater presents re-creation of the Army’s significant battles through sight, sound and movement that is projected onto a 300-degree screen. In the World War I Experience, visitors set foot into a “trench” environment with cast figures, lighting effects, imagery and sounds of distant battle based on a famous photograph of the Meuse-Argonne Offensive.

The Experiential Learning Center (ELC) is popular with school groups and offers a unique and immersive learning space where all visitors can develop skills and have fun with geography, science, technology, engineering and math (G-STEM). At the center’s Fort Discover, students can use imaginative play to climb the Army tower, radio friends, drop cargo supplies, launch a rocket, drive a jeep, serve up chow in the dining facility and check out different uniforms with Camo Camera. The Museum’s animated Army mule mascots, Buckshot and Blackjack, use age-appropriate interactive games to teach children about Army innovations across history such as interstate highways, the Panama Canal and satellite communications. Older students can register for programming at the Training Center, where they can participate in simulation of unmanned aerial vehicle (UAV) operations, geospatial intelligence, aviation cargo drops, engineering bridge building and medical support.