Canada, Where to Go 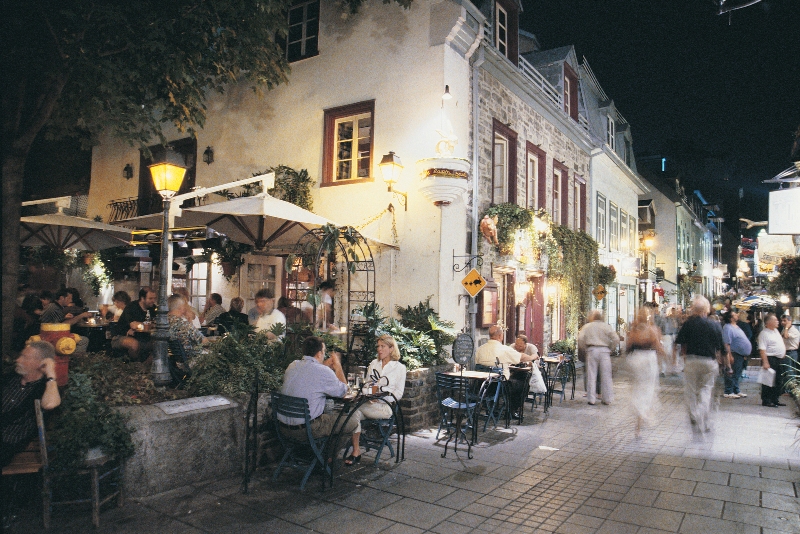 Quebec City was ranked the second best student travel destination among all Canadian and Mexican destinations in 2013 by Student & Youth Travel Association (SYTA). Located just north of Vermont and Maine, Quebec City is the only Canadian province that has a predominantly French-speaking population, not to mention the only one to have French as its only provincial official language. Student Travel Planning Guide presents the best experiences for students exploring Quebec City. These are organized by sections titled: Areas and Sites, Museums, Religious, Fun Activities and Tours.

Old Quebec, founded in 1608, is the main historic part of Quebec City. The upper part, referred to as “Upper Town” (Haute-ville) is walled with fortifications and makes Quebec the only remaining walled city north of Mexico in North America.  The lower part, referred to as “Lower Town” (Basse-ville), contains the historic church Notre-Dame des Victoires (1687) and shopping in old buildings dating back to the 17th and 18th centuries. The customary architectural styles are British and French, especially village architecture from western France. 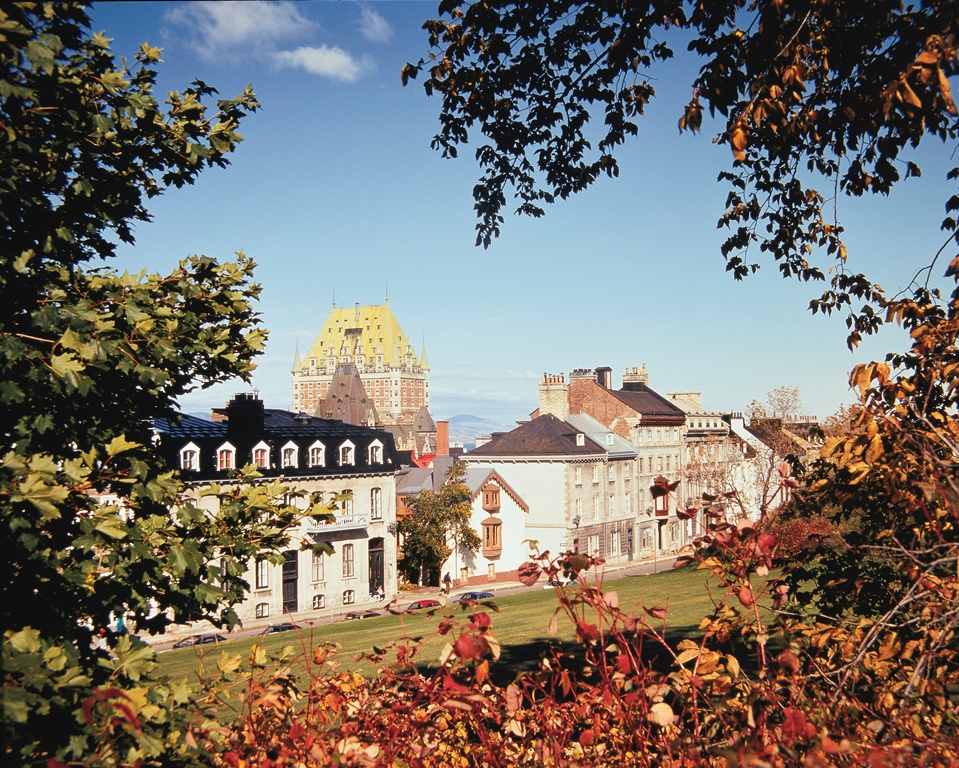 Dating back to the mid-17th century, this neighborhood is the oldest commercial district in North America, allowing your students to explore history of not only Quebec City, but the entire continent.

As the site of conflicts between the British and French armies, the Plains of Abraham is recognized as one of the most prestigious urban parks in the world. One of its features is Joan of Arc—a statue of the French martyr is a tribute to the soldiers who died in the historic battle between the French and British that occurred here in 1759. The park offers educational activities including lively interactive presentations and costumed characters. One activity lets students participate in military life of 1812 by joining in competitions and games. 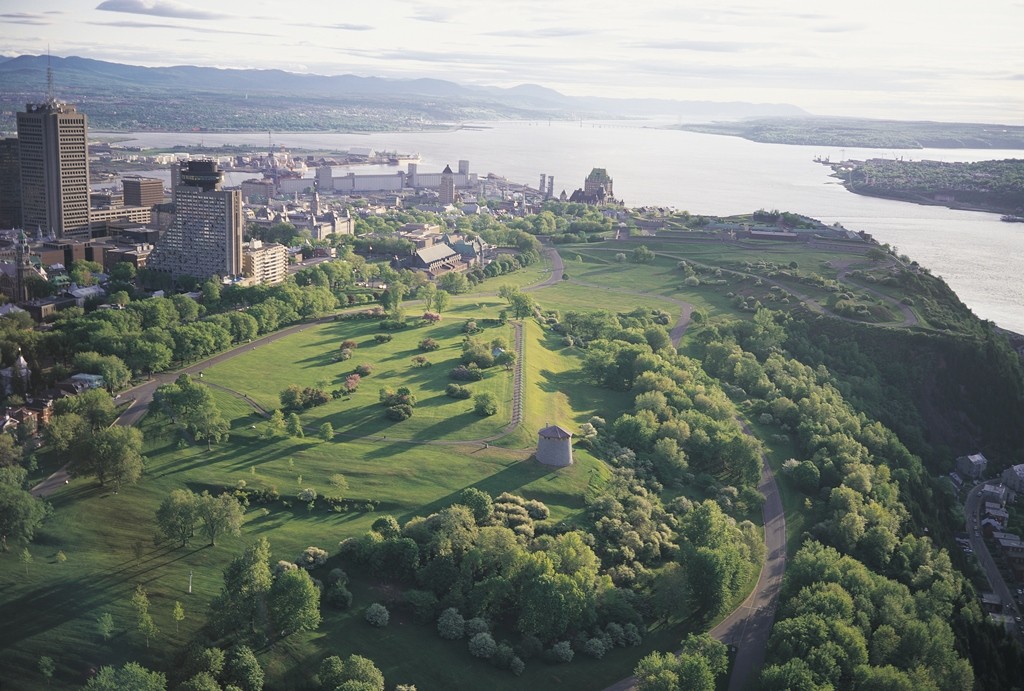 Les Galeries de la Capitale is the largest commercial complex in Eastern Canada. The center offers 280 shops and services, 35 restaurants, an IMAX theatre and Méga Parc, the second largest indoor amusement park in North America.Your students can put their French skills to the test by interacting with the locals in this popular area.

The Citadel is located on Cape Diamant. Its walls enclose 300 years of military history in Quebec City spanning the French, British and Canadian periods. Today, The Citadel is an active military garrison. The activity Garde à vous! will allow your students to experience the military world and history from a fun and educational perspective.

This site was Canada’s main stronghold during the colonial period and commemorates the defence system developed between 1608 and 1871. Students can discover the rich military history of Quebec through a variety of interactive activities. They can also experience the life of French and British soldiers at the Artillery Park, walk on the fortifications or discover the mysteries of chocolate at the Saint-Louis Forts.

The Parliament Building is located on Parliament Hill in Quebec City. Designated a historic site by the Government of Quebec in 1985, the Parliament Building is home to the National Assembly, where Quebec’s 125 elected representatives meet. The National Assembly offers visitors free guided tours of the building that provide details of the history and workings of Quebec’s parliamentary institutions, Quebec’s history and the Second Empire-style architecture. 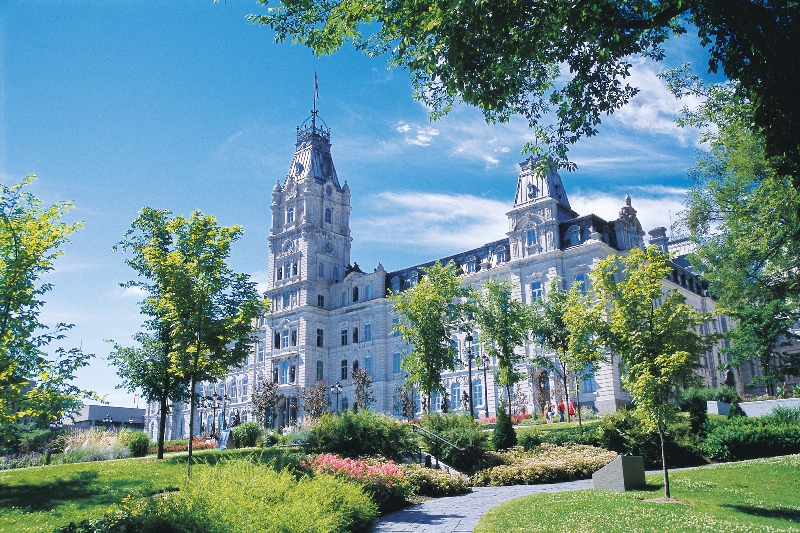 Visitors explore the science, history and arts in Quebec and around the world. The museum offers many educational activities and programs.

The oldest museum in Canada (founded in 1663) is rooted in European religious and educational traditions and is located in Old Quebec. It has exhibitions and numerous activities examining the settlement and development of French culture on the North American continent.

Located in the heart of the Plains of Abraham, the museum features Quebec artists, past and present, and prestigious international art exhibitions. The museum also offers tours of the Old Quebec city jail, built in 1867. Your students can experience history through inmate role-playing and other games.

Musée du Fort, located in the heart of Old Quebec, features a 30-minute sound and light show that recreates the six major military sieges in Quebec’s history. This historical period is brought to life with a grand model of the city during 1750.

The Huron-Wendat Museum was created to conserve and promote the heritage of the Wendat people. The museum offers crafts, such as assembling a miniature wigwam, and invites students to play the roles of individuals from different backgrounds and social classes.

Sainte-Anne-de-Beaupré has been known as a “place of miracles” for the past 350 years. As North America’s oldest pilgrimage site, the shrine attracts about one million visitors a year. Sainte-Anne-de-Beaupré features a neo-Roman-style basilica with its golden statue of Saint Anne, hundreds of stained glass windows and valuable works of art. Located in the countryside of the Côte-de-Beaupré region, it is the most popular religious site in Quebec. 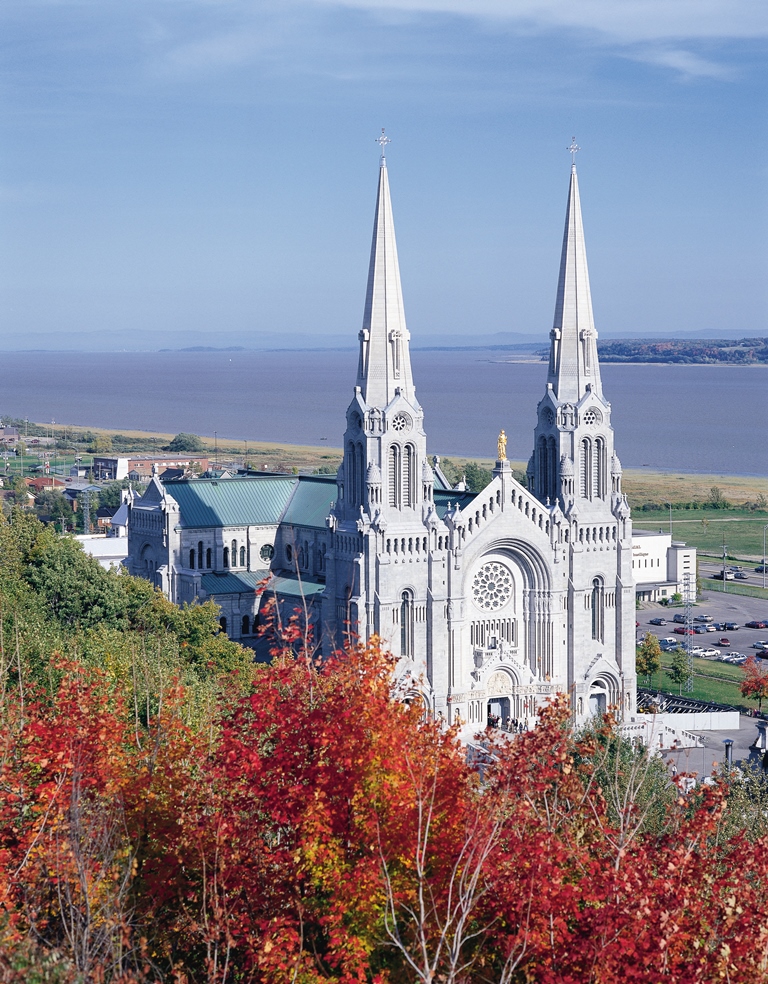 Notre-Dame Basilica-Cathedral has been at the same location since 1647. It’s been widened, bombarded, burnt to its foundations and rebuilt to become a national historic place of Canada for its architectural value.

From Aug. 6-10, 2014, your students can experience life as it was in New France under the French Regime during the 17th and 18th centuries. More than 700 artists and performers present themselves in Old Quebec during the 15th anniversary of the SAQ New France Festival. The festival features dancing, concerts, storytelling, re-enactments, street performers, parades and local food samples. 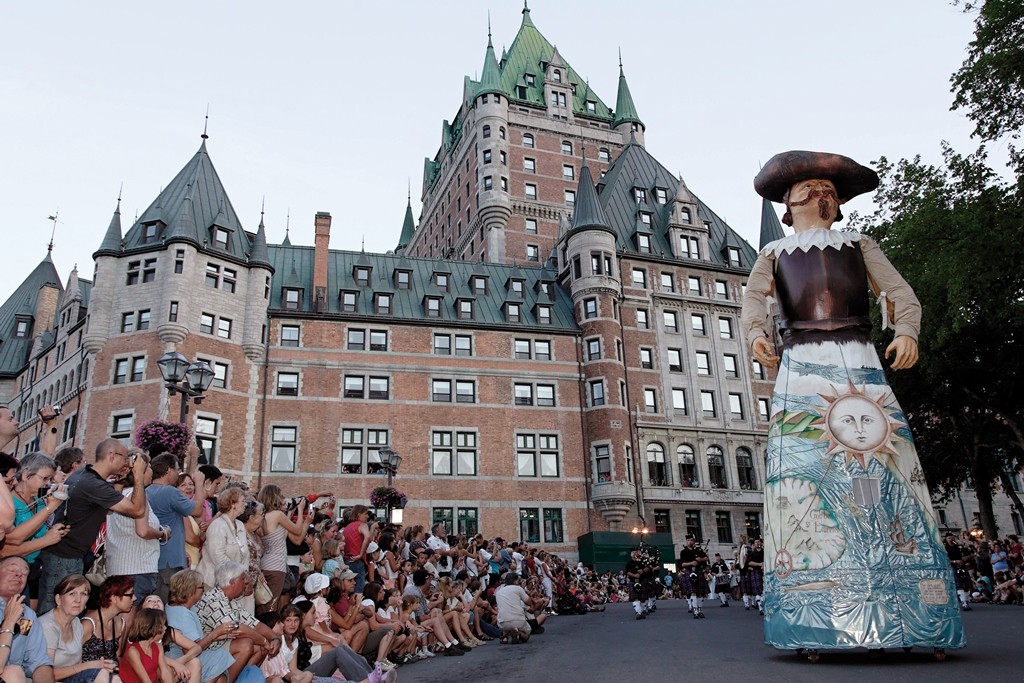 Morrin Centre was built over 200 years ago as the city’s first prison. Two activities are offered to student groups: One activity, “Discovery Tour,” includes visiting the jail cells, seeing the exhibition about the prisoners and the conditions of their imprisonment, going on a tour of the chemistry and physics labs used in the 19th century and a visit of the Victorian library. The second activity, “The Life of a Convict,” places your students in the shoes of the new prisoners. They will meet with the role-playing doctor and sample different remedies from the period before being led to their cells. This activity also touches upon contemporary prison issues and how prison life has evolved over the past 200 years.

These resorts offer dinners and dances for student groups. Students eat dinner at the mountain resort then they get to dance until the end of the evening. This is a popular activity that both chaperones and students enjoy.

Parliament Hill is the home of the National Assembly. This area also includes other important attractions, as well as the Saint-Jean and Montcalm neighborhoods. The Battlefields Park and the Plains of Abraham are just a short detour away. Here are the stops on the tour:

The VivaCité Trail (about 4 hours)

The ground markers (green and blue circles marked on the sidewalks) make this self-guided tour easy to follow. The tour will take you and your students on a discovery of the neighborhoods that surround Old Québec, including parks, historic attractions, public squares, popular streets and a wide variety of shops.
Here are the main stops on this walking tour: