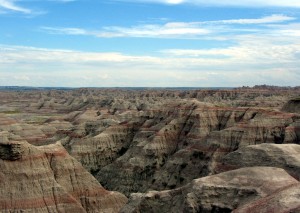 With many parks, natural wonders, historic sites and cultural monuments, Rapid City is surrounded by a diversity of attractions. History buffs and adventure-seekers will find many things of interest in or around the city, the gateway to the Black Hills. Student tour participants will get in touch with nature through cave explorations and prairie hikes, while museums and cultural sites will educate them about the area’s past. Add various festivals and other annual events, and student travelers will have plenty to do. 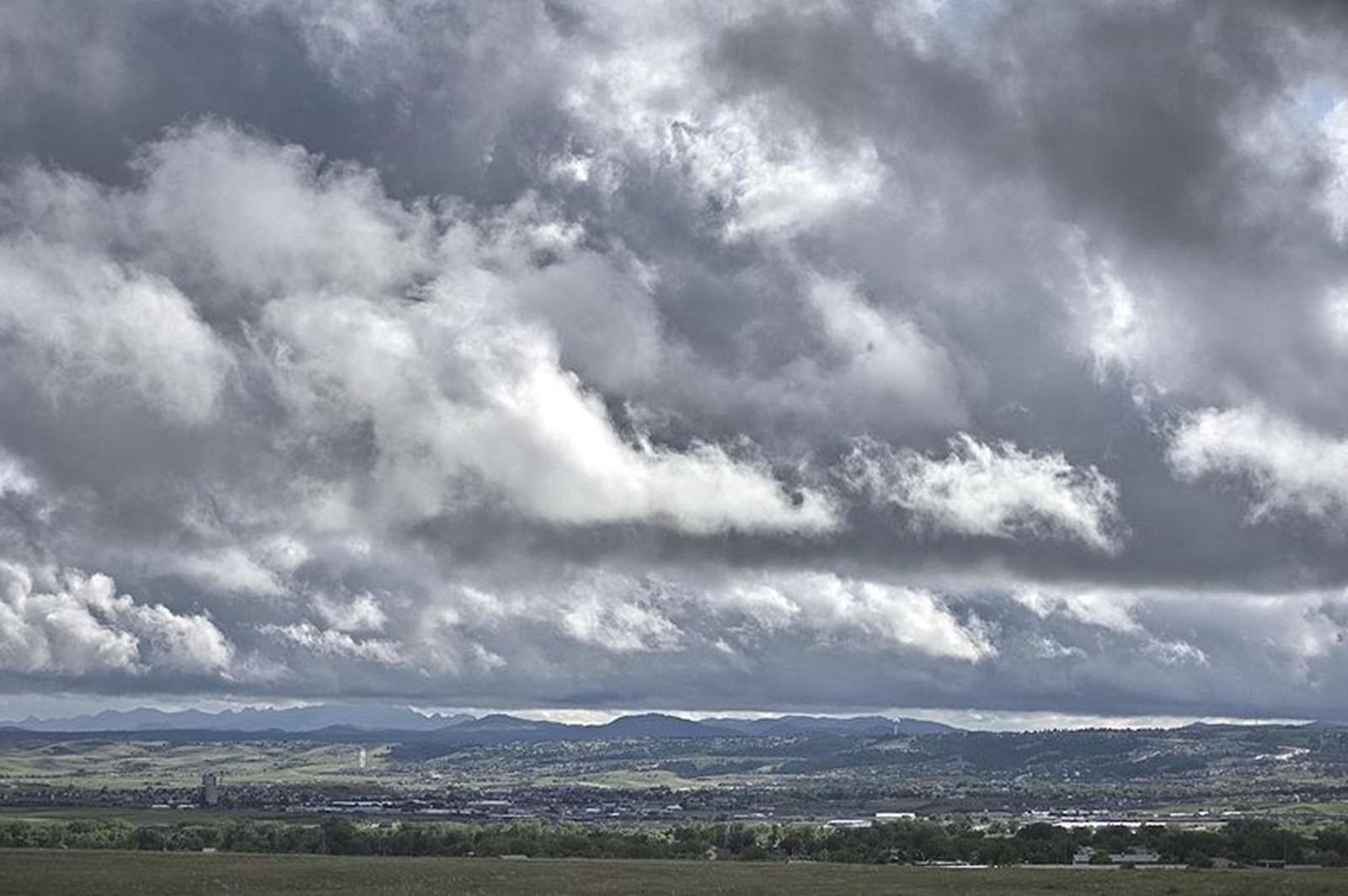 Southeast of Rapid City, Badlands National Park, with its mammal fossils beds, offers an incredible sightseeing experience. Driving and hiking trails offer a chance to see a number of native animals, including bison, coyotes, foxes and deer. Guided tours with rangers, offered daily from June to early September, feature nature hikes, fossil explorations and night sky programs. Ben Reifel Visitor Center, the official visitor center for the park, has a museum, exhibits and an audiovisual presentation. White River Visitor Center, located in the southern part of the park, houses Indian exhibits. Prairie Homestead, at the northeast entrance to the park, is composed of wooden houses that were inhabited in the early 20th century. 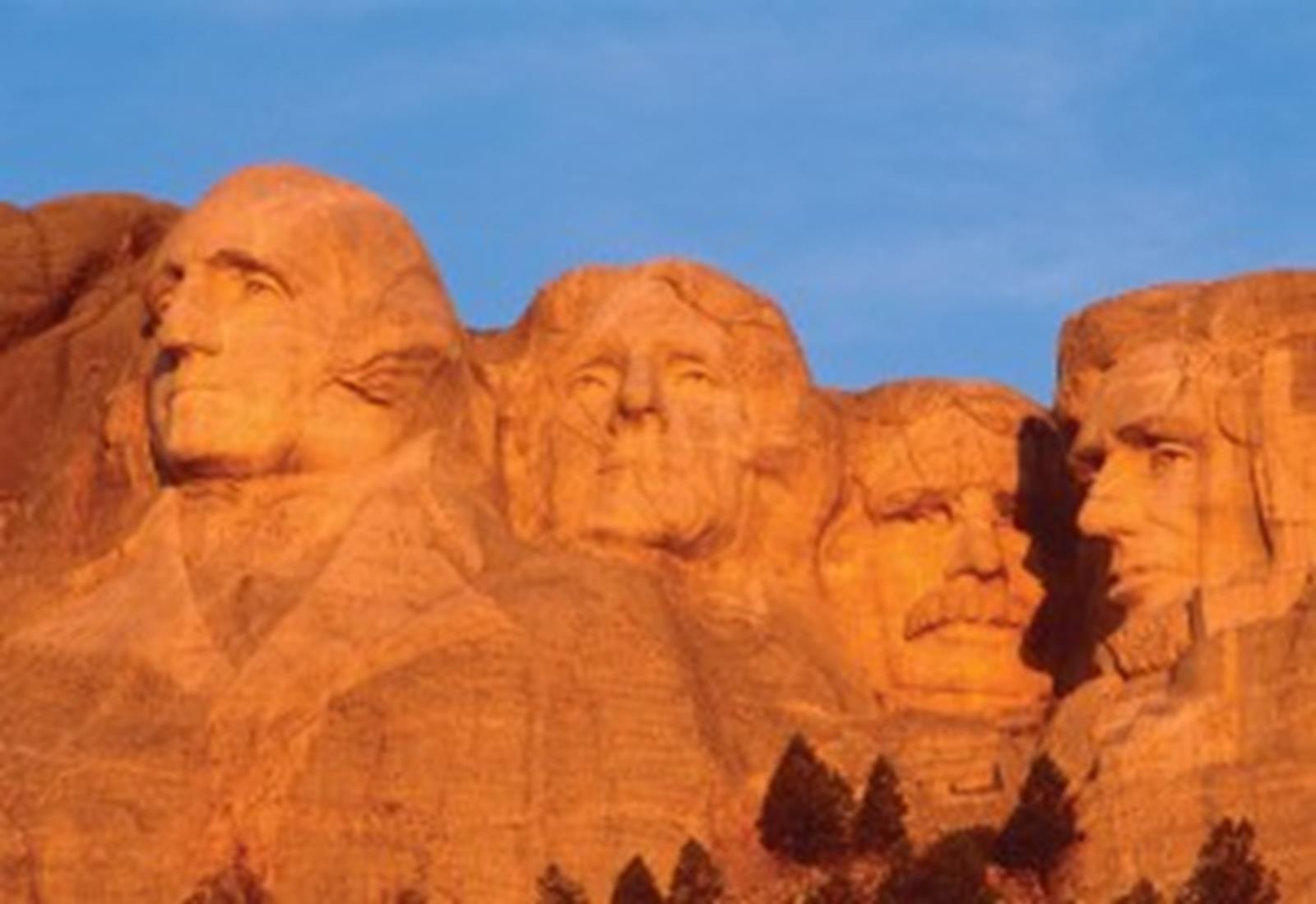 The Black Hills, just west of Rapid City, is known for the Mount Rushmore and Crazy Horse monuments. The mountainous region contains extensive national forest lands. Mount Rushmore can be viewed from different perspectives. A number of trails and stairs surround this landmark. Educational audio tours and ranger walks highlight its history. Crazy Horse Memorial is an ongoing carving of Crazy Horse, a war leader of Lakota tribe. The sculpture will ultimately be bigger than Mount Rushmore. Upon completion, it will be the largest statue on earth. Its visitor center features exhibits, a miniature replica of the finished sculpture, a movie and seasonal laser show.

Black Hills Mining Museum recreates the mining tunnels that brought thousands to the Black Hills in search for gold. A 45-minue guided tour of the recreated gold mine allows students to pan for gold. Samples of real gold are guaranteed and they can be taken home.

The nearby town of Deadwood, just north of the Black Hills, is best known as the place where Wild Bill Hickok was killed, offering reenactments of the shooting Mount Moriah Cemetery has the graves of Wild Bill and Calamity Jane. 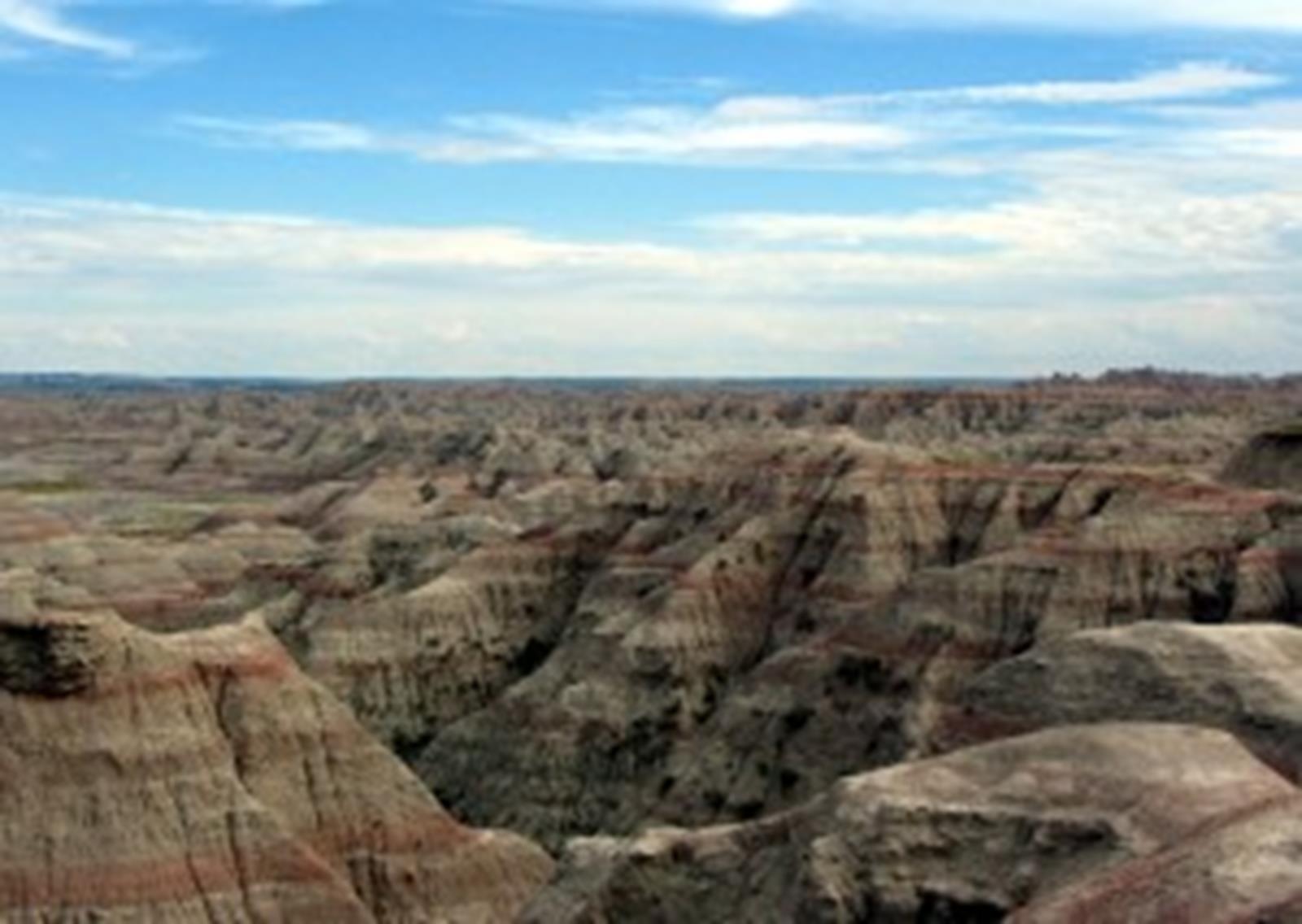 Also in the Black Hills, the Mammoth Site, the largest Columbian mammoth research center, features a museum and visitor center with exhibits. Borglum Historical Center displays works of Gutzon Borglum, the designer and sculptor of Mount Rushmore. The center has a replica of Lincoln’s sculpted eye. Bear Country U.S.A., open May through late November, features over 20 species of animals, including black bears, grizzly bears and mountain lions. They can be seen on a self-guided driving tour. Students can interact with bear cubs in the Babyland area. Reptile Gardens has the biggest collection of reptiles of any zoo in the world. Animals include snakes, lizards, crocodiles and turtles. Bird, crocodile and snake shows are popular. Hundreds of orchids and bromeliads adorn the park.

The Museum of Geology, located on the campus of the South Dakota School of Mines and Technology, possesses a large selection of fossil exhibits, such as Jurassic dinosaurs and saber-toothed cats. Other exhibits include Black Hills minerals and meteorites. There are free guided tours. The Journey Museum, a natural history-oriented museum, explains the formation of Black Hills through archaeological artifacts, Native American objects and dinosaur fossils. Guided tours are available. South Dakota Air and Space Museum, located outside of the Ellsworth Air Force Base, northeast of Rapid City, features displays of war planes, missiles and a silo. Although the museum offers free admission, there is a fee for a guided bus tour of the base.

The Millstone Family Restaurant cooks home-style meals, averaging around $7. They include breakfast options, lunch sandwiches, burgers, steaks and $3 desserts. Alpine Inn offers lunch options under $9, which include German specialties, salads and sandwiches. Philly Ted’s Cheesesteaks & Subs makes Philly-style steak sandwiches as well as specialty steaks under $7. Chicken steaks, cold hoagies, chicken wings and salads are some of the other options.
Black Hills Bagels sells fresh breakfast bagels for under $6 and lunch bagels under $7.

Curry Masala has a nice selection of Indian food under $10, which includes soups, salads, appetizers, rice biryanis and homemade curries. Students who wish to stick with known dishes can go to familiar places like Qdoba Mexican Grill and Fuddruckers.

Rodeway Inn – Mt. Rushmore Area, with rates under $100, has standard features, including an exterior corridor and cable TV with HBO and Disney Channel. The Foothills Inn offers similar rates, with amenities like continental breakfast, exercise room and an outdoor swimming pool. Big Sky Lodge has affordable rates for September-June.

Rapid City and the Black Hills is a prime destination for exploring America’s past and stunning natural landscapes where native animals roam free. Student travelers will never run out of things to see and do. 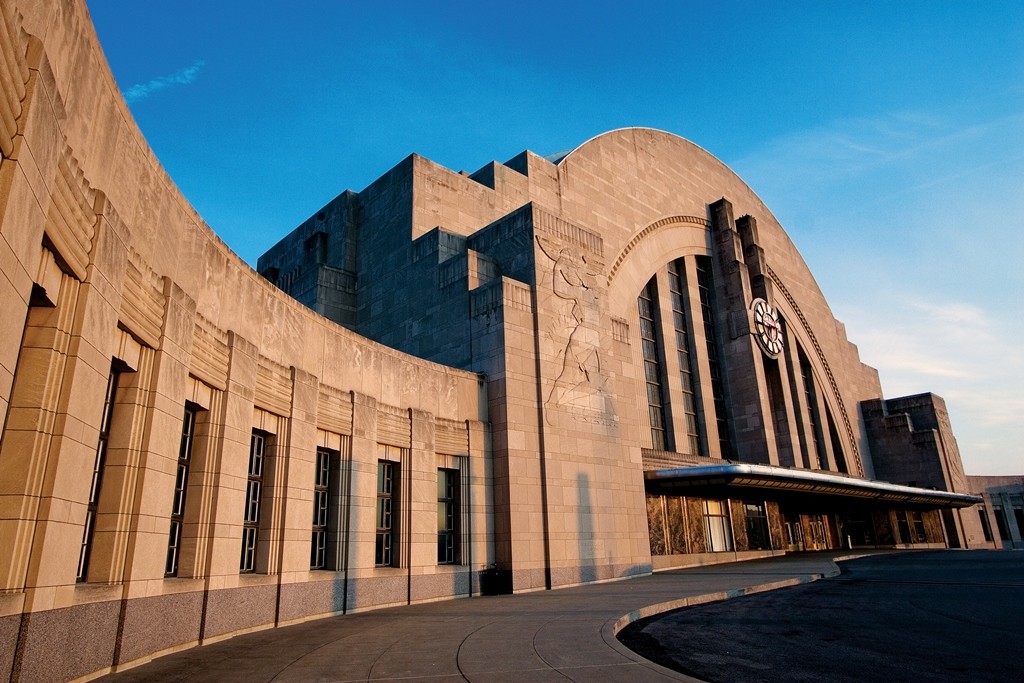 Plan Your Next Student Trip in Cincinnati 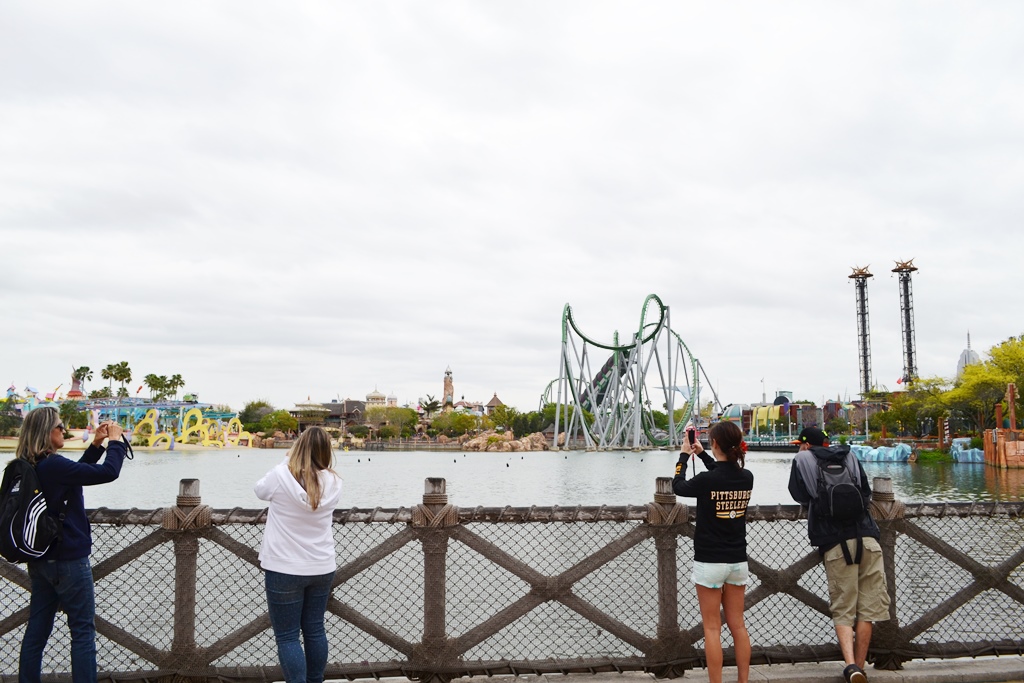 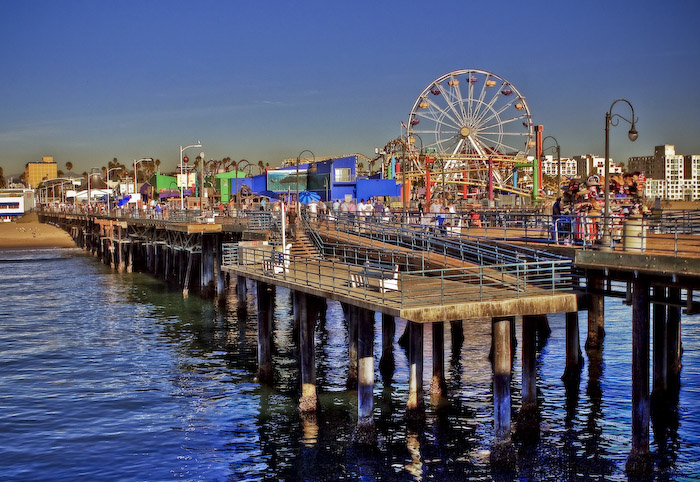