Students Immerse Themselves in History at Gettysburg 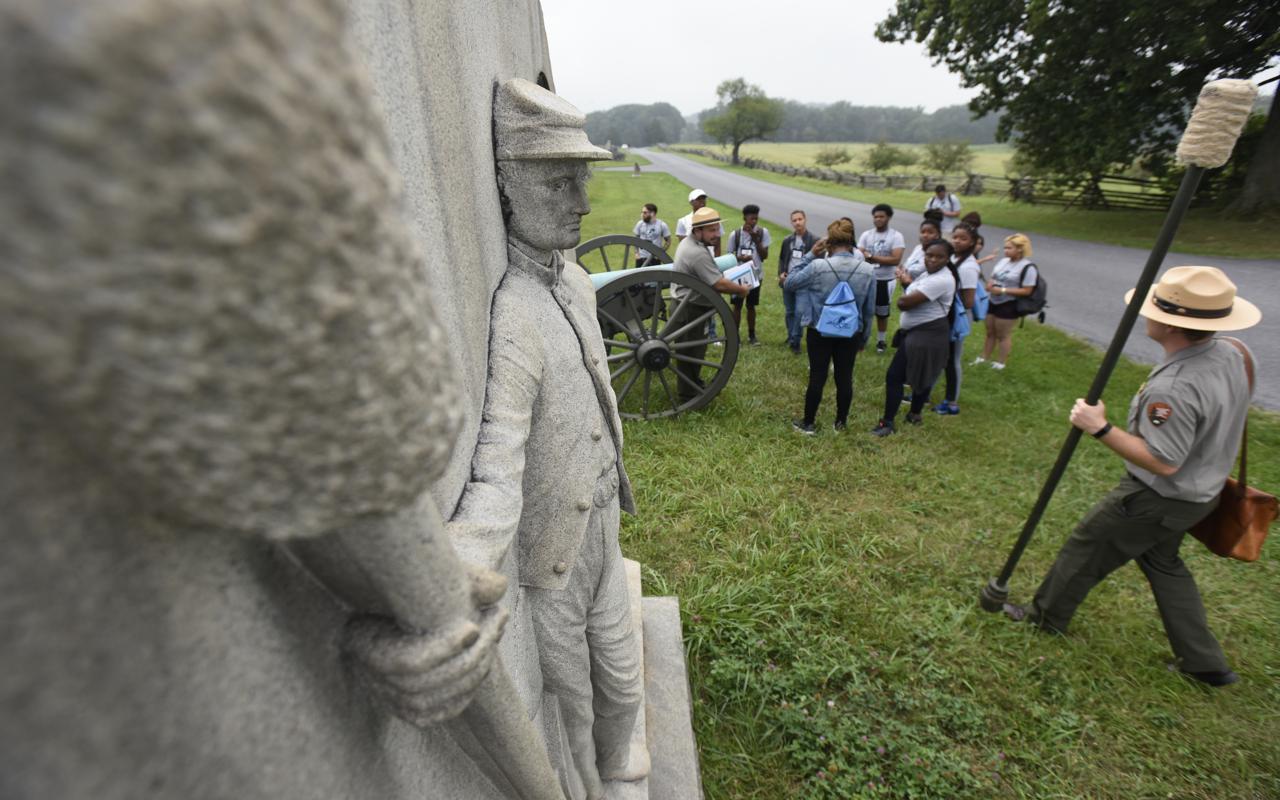 Students and teachers engross themselves in history at the Gettysburg National Military Park Museum & Visitor Center before taking a guided tour of the battlefield and nearby historical sites.

The American Civil War was an extremely important event in American history, and the Gettysburg Battlefield is home to a major turning point in the war. Covering this content in a classroom is undoubtedly important, but teachers and students also have plenty of opportunity for hands-on learning. For years, teachers have taken students to the Gettysburg National Military Park Museum & Visitor Center, on battlefield tours and to see other local sites like the David Wills House and the Gettysburg Soldiers’ National Cemetery to get the full weight of this moment in American history. Gettysburg has educational features to reach students of all grade levels, so there’s something for everyone.

The visits to Gettysburg are customizable to accommodate different schedules, but visitors typically start in the Gettysburg National Military Park & Visitor Center for a healthy frame of reference before moving on to other attractions. The museum and visitor center feature a film called A New Birth of Freedom, which is about 20 minutes long and narrated by Morgan Freeman. The film plays every  15 minutes in the summer and every 30 in the winter, and it sets the scene for the dramatic battle and familiarizes viewers with the history they are about to experience. 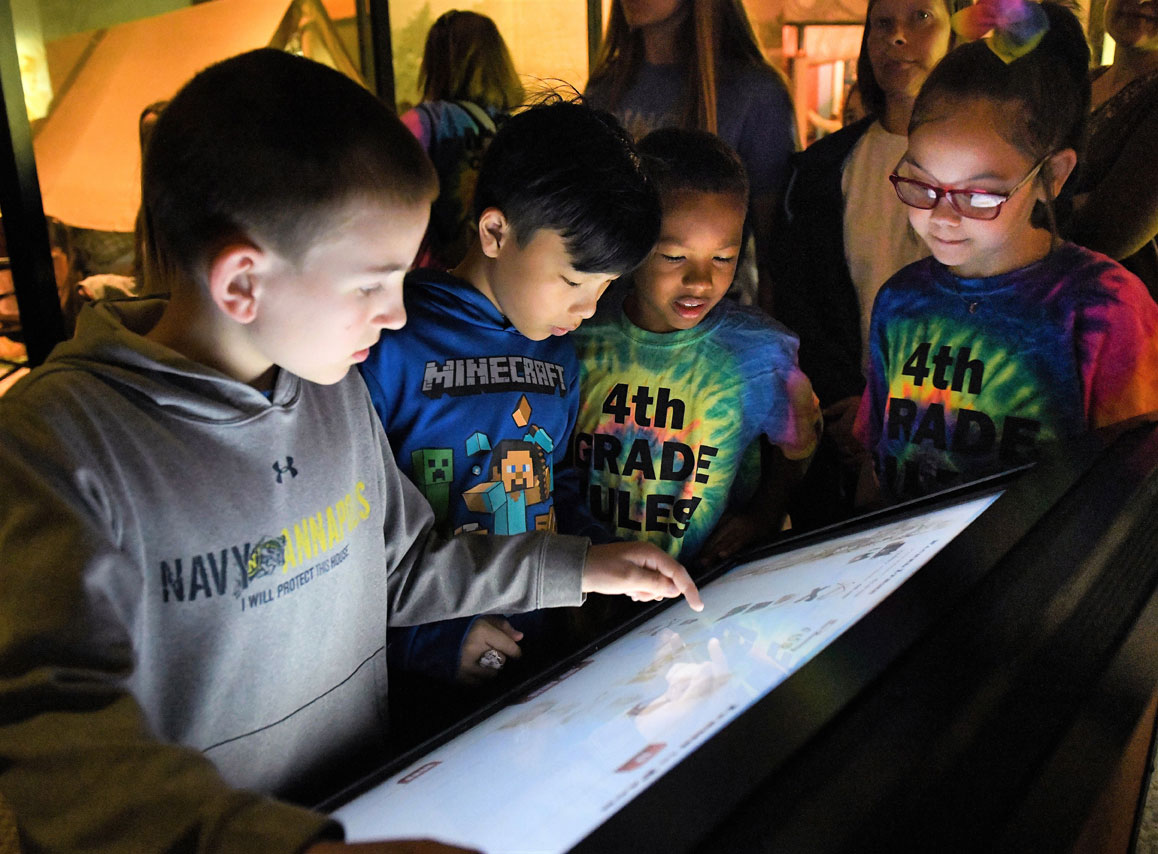 This museum is much more immersive than others, not because it showcases artifacts and state-of-the-art exhibits, but because it features French artist Paul Philippoteaux’s gorgeous 1884 oil painting. This massive 360-degree oil painting, called the Cyclorama, completely surrounds visitors and depicts General George Pickett’s Charge in incredible detail. This amazing artwork is accompanied by lighting and sound effects to give visitors the most engaging experience possible.

After exploring the museum and its visitor center, the next attraction in Gettysburg is usually the Battlefield Tours. With the battlefield tours groups, students and visitors have the chance to be shown around by a Licensed Battlefield Guide via bus, car or even bicycle. Larger groups have the option to have a guide all to themselves.

The 7,000-acre battlefield includes more than 1,300 monuments, markers and memorials to help tell the story of the grueling three-day battle and the men like Robert E. Lee and George Meade who fought there. The tour guides can answer any questions visitor might have while making some stops on the tour including Little Round Top, Devil’s Den and the field that is now famous for Pickett’s Charge. 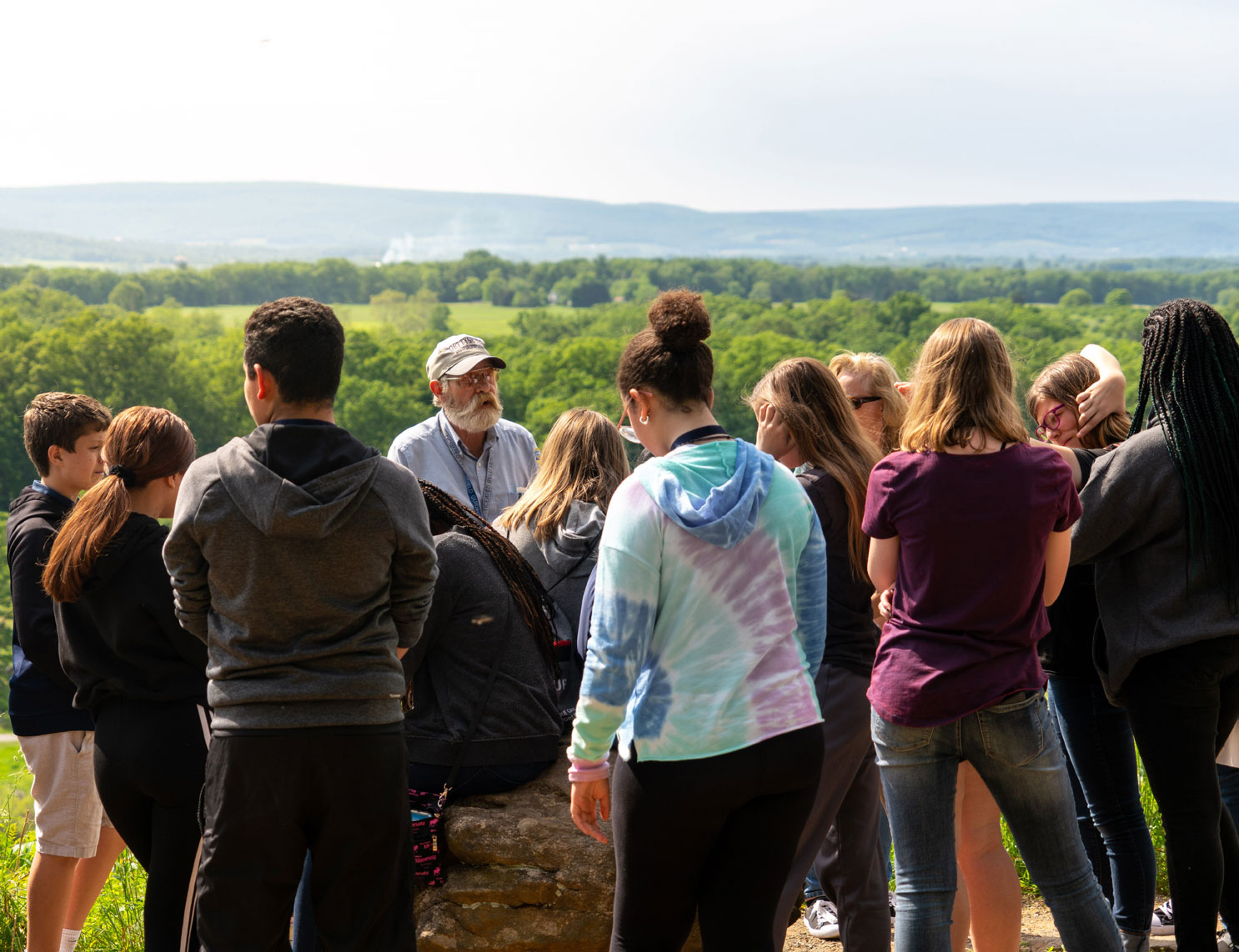 Current health conditions might not be suitable for an on-site visit, but the National Park Service offers virtual tours that can be easily accessed. The tour is led by Christopher Gwinn, the Chief of Interpretation and Education at Gettysburg National Military Park, and features an immersive experience into the Battle of Gettysburg. The virtual tour features 18 separate videos that work great in a classroom or one-on-one homeschool instruction.

Past the historic battlefield are various monument sites to visit before leaving, because it gives visitors more context and history in relation to the Battle of Gettysburg, the Civil War and their consequences. The Gettysburg Soldiers’ National Cemetery is a must-see, as it’s the final resting place of over 3,000 soldiers from the massive battle. This cemetery is also etched into American history as the location where Abraham Lincoln gave his now-famous Gettysburg Address. The cemetery was set up by a local attorney named David Wills, and his house has since been transformed into a National Park Service Museum, which can also be visited.

At the David Wills House, visitors are allowed to see the rooms where Wills would gather letters from families of soldiers looking for their loved ones. The bedroom where Lincoln prepared the Gettysburg Address is also inside the home and open to visitors and group travelers. 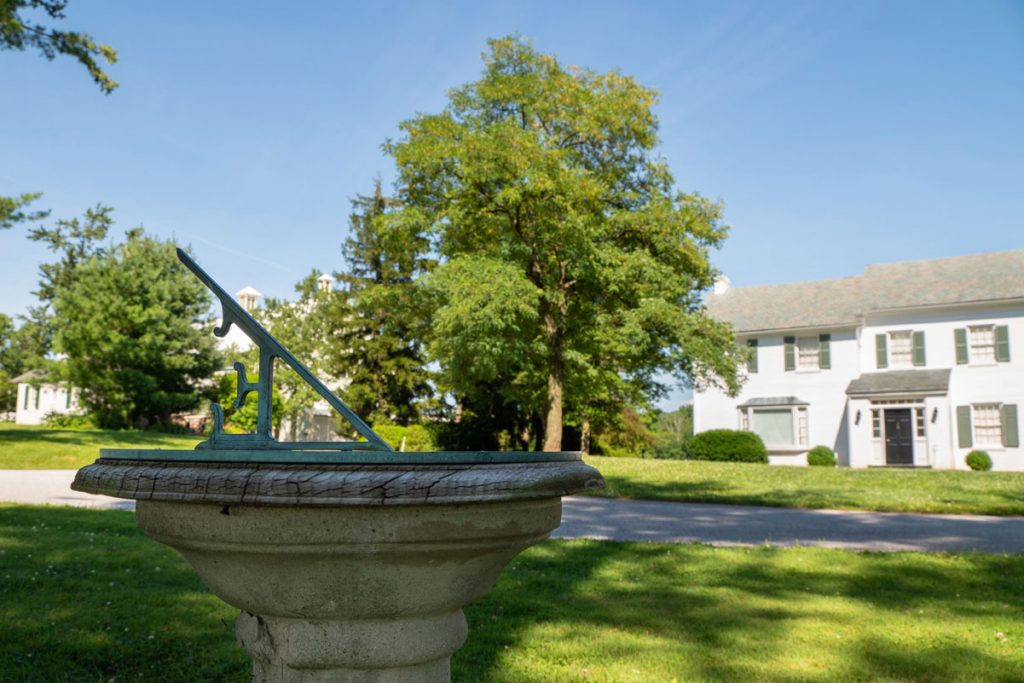 Not far from this home turned National Park Service Museum is the Eisenhower National Historic Site. This is the farm and retreat home that President Dwight D. Eisenhower and First Lady Mamie Eisenhower would come to relax and host other world leaders. Now, the site serves as a looking glass into the home life of the 34th President and his wife.