7 Midwestern Theme Parks for Your Next Student Performance Trip

Theme parks are a great option for student tours–they can package admission, performing opportunities and food under one price tag, and they will create school memories that last a lifetime. Consider a trip to one of these Midwestern amusement parks.

Silver Dollar City is a 61-acre amusement park in Stone County, Missouri. Silver Dollar City is an internationally-renowned 1880s-style theme park which hosts about 40 rides and attractions, live concerts and music for performers, 100 craftsmen to demonstrate American heritage crafting, multiple award-winning restaurants for visitors to dine, and a plethora of unique shops that sit alongside the Missouri caves. World-class festivals are showcased from spring through Christmas, which is when the park is lit up with over 6 million lights. For amenities, there are group rates available for students to enjoy. A season pass can award unlimited visits, which can be used for groups to attend as well. Silver Dollar also offers discounted rates for school groups and groups of 15+, as well as offering a performance venue for students.

Cedar Point Theme Park in Sandusky, Ohio offers 18 world-class roller coasters in three park areas, with a total of 71 rides. It is the second-largest amusement park after Six Flags Magic Mountain. Cedar Point also offers group tickets for visitors at a discounted rate. It is the only amusement park in the world with six roller coasters that are 200 feet in height –  Millennium Force, Wicked Twister, Top Thrill Dragster, Valravn, and Steel Vengeance, as well as a ride in all four height classifications. Some of the thrilling water slides Cedar Point has to offer include Breakwater Bay, Great Lakes Cove, Lemmy’s Lagoon, and Lily Pad Walk. Cedar Point also offers delicious dining choices from restaurants such as, Beaches & Cream, Crystal Rock Cafe, Dockside Grill, and Muffleshead Beach Bar.

This Minnesota amusement park is home to over 75 rides and attractions including eight roller coasters. The park is owned by Cedar Fair which is a chain that also owns the Cedar Point park. Founded in 1976, it originally featured 20 rides across 20 acres of land with the High Roller being the main attraction. Valley Fair also has a water park called Soak City, which is included in the price of admission. Some roller coasters students can get on are Corkscrew, Cosmic Coaster, and Excalibur. Valley Fair also has thrill rides such as Delirious, Northern Lights, and Power Tower. They also offer popular family rides. Aside from rides, Valley Fair offers dining and shopping experiences. Students can dine at places like Beach Bites, Chicken Shack, and Coasters. Student groups can come to Valley Fair for performances such as Neon Lights. 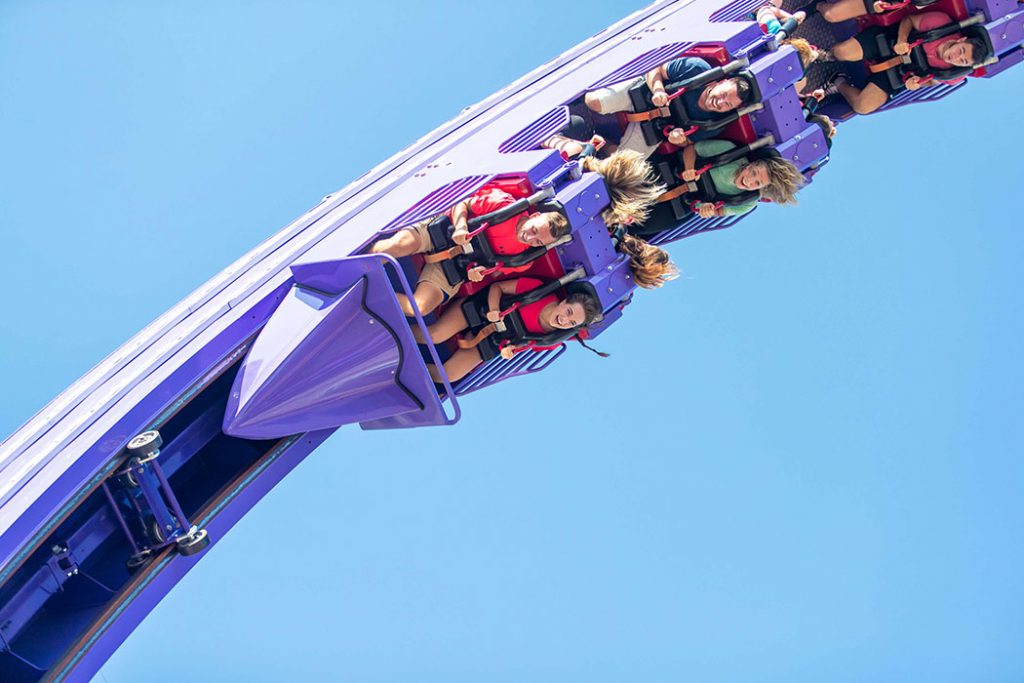 Michigan’s Adventure in Muskegon County, Michigan boasts 52 rides and is the largest amusement park in the state. Michigan’s Adventure offers heart-pounding rides such as Thunderwalk and Shivering Timbers which can be enjoyed by all sizes and ages. All season dining can be purchased for $95, as well as all season drink refills can be used for $32.99. For student performing groups, Michigan’s Adventure offers students the chance to perform in front of a built-in audience in the morning and to play around for the rest of the day. Some rides they can experience include Adventure Falls, Boogie Beach, Commotion Ocean, Corkscrew, and Cyclone Zone.

Arnolds Park in Iowa was discovered by Wesley Arnold, who purchased the property from a Methodist preacher, J.S. Prescott in 1864. In 1874, Arnold began to use the property for large tourist parties, which then changed the course of the area and became known as Arnold’s Park. Students are afforded a plethora of opportunities to perform at Arnolds Park such as Live at the Lake and at the Roof Garden Ballroom. After performing, students can enjoy a host of thrill rides to go on, such as Wild Mouse, Rock-O-Plane, and Log Flume. Arnolds Park also boasts a collection of eateries –  Benit’s Confections, The Funhouse Diner, Bonbon, Ruthven Meat Locker, and Maxwell’s Beach Cafe. 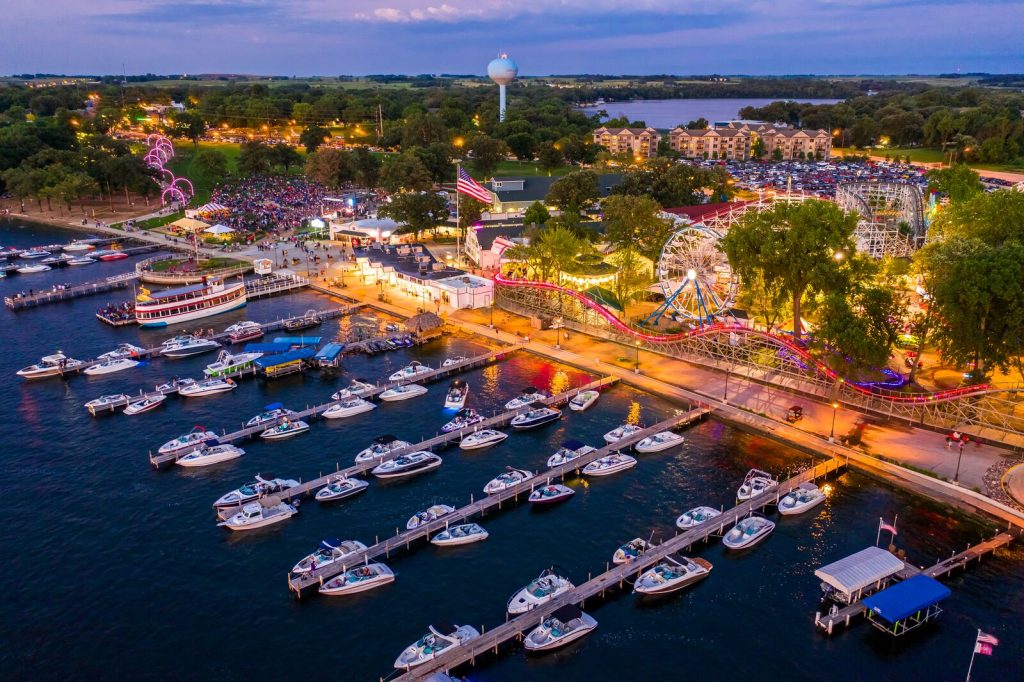 Storybook Island was founded in 1959 by Merle Gunderson and the Rapid City Rotary Clubs. They have been in operation for over 60 years and has free admission in the summer for visitors. Storybook Island is an amusement park for kids, whose mission is “to provide a free, safe, educational environment for those young in years or young at heart to experience the power of imagination”. They also have discounted rates for students to visit.

The second-largest amusement park in Ohio is Kings Island, is on 364-acres and located northeast Cincinnati. Kings Island is also owned by Cedar Fair and opened in 1972 as a greater effort to expand Coney Island, a resort destination along the Ohio River. Since its inception, Kings Island has been featured in numerous popular sitcoms and received praise for its record-breaking attractions. It also boasts a water park called Soak City, which is a 33-acre water park featuring two wave pools and water areas for children. Student performing groups can come here to be a part of Kings Island’s live entertainment. Shopping and dining amenities abound, such as Coconut Cove Cafe, Coney Bar-B-Que, Festhaus, and Graeter’s Ice Cream.