Enjoy Group-friendly Interactive Exhibits at the National Museum of the U.S. Army 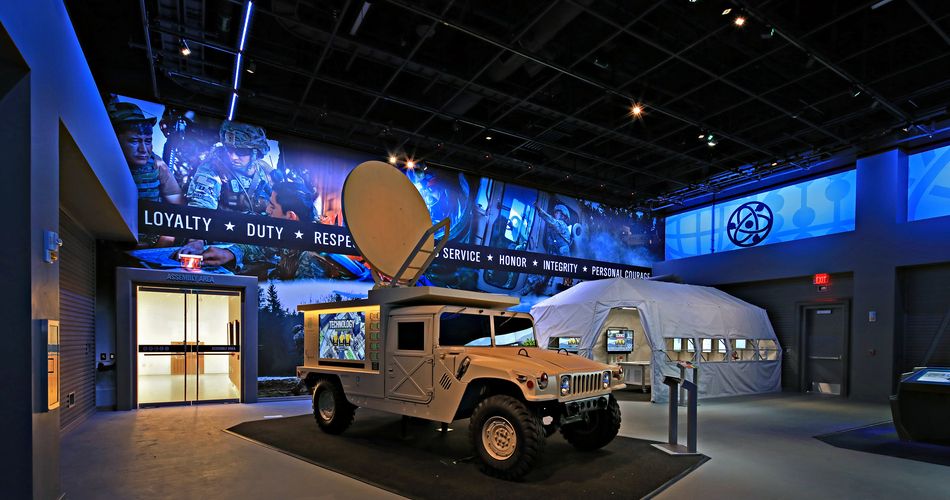 Step into the boots of U.S. Army soldiers at this immersive museum located at Fort Belvoir, Virginia

The National Museum of the United States Army is an enduring effort to tell the Army’s story and honor the accomplishment, sacrifices, and commitment of American Soldiers. It’s truly the first of its kind to display and interpret more than 247 years of Army history through the eyes of American soldiers.

The “Fighting for the Nation” galleries trace the history of the Army, from the Revolutionary War through Afghanistan. These galleries boast a collection of rare artifacts and are backdropped in a completely immersive design, including a simulated World War I trench and a recreated scene from D-Day with one of the few remaining Higgins boats that landed at Normandy.

The “Assembly Area” of the museum includes videos and interactive displays to introduce visitors to the families of the U.S. Army. Children of soldiers give their firsthand accounts of a life defined by their parents’ duty in “Growing Up Army,” and “Brats to Boots” details the lives of “Army brats” who later joined the service when they became adults.

A truly unique exhibit at the museum is “Operation Safe Passage,” an hour-long activity perfect for student groups. Players work in teams to learn how soldiers solve problems, then put those skills to the test in a video game simulation.

The museum is located just a 30-minute drive from the Washington Monument and is free to the public, with timed ticketing required. Its accessibility and focus on educational themes in its exhibits make this museum perfect for student group travel and, for that, it’s a must-add to your itinerary.