Students of the Game 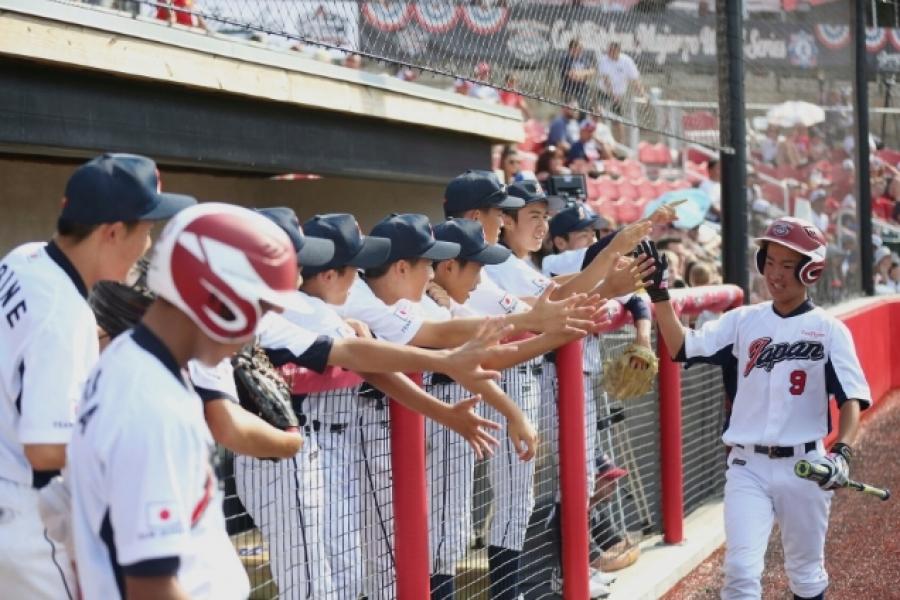 A little more than two years ago, Alan B. Shepard High School had just wrapped up its winter sports season in Palos Heights, IL, as some students had been preparing for an Education First (EF) Tour trip. Well beyond the boundaries of high school sports bus travel, this was to be, for some, the trip of a lifetime across Spain.

“We were set to go in March 2020—then it got postponed to the summer of 2020, to the spring of 2021, to the summer of 2021, and then to the spring of 2022,” says Taylor Burmeister, who doubles as an English teacher and swimming coach at Shepard High School. “My original group was 13 or 14 students, and we had several kids go off to college or drop out. Eventually, we had nine kids go with the EF Tours to Spain.”

The pandemic derailed not only student trips like that of Shepard High—the first EF Tour trip Burmeister had ever signed up to organize—but also youth sports tournament operators at fields and pools around the globe. After 24 months of rescheduling and relearning how to live and travel safely, Burmeister and Shepard High School would eventually make good on the trip overseas.

“It was as close to the trip as I could actually hope for,” says Burmeister, who built an itinerary filled with outdoor activities like bike tours and the flexibility that prioritized free time to experience the culture. “It might’ve even been better because a lot of the kids who stuck with it were sophomores who became seniors, so the kids valued it perhaps a lot more.”

Some of those same sentiments ring loudly in the sports travel segment, which persisted and, in some cases, thrived through COVID-19. Outdoor sports like BMX and golf yielded impressive growth in participation rates in 2020 and 2021, while traditional ball sports like softball and volleyball prioritized more local and regional events to weather the storm.

But while the sports market adapted, student education and music travel had to largely wait it out. Varying parent concerns surrounding the pandemic, school travel budget cuts and the inability to be together in groups to practice instruments made things more difficult.

“There is more of a challenge, especially in music because it’s more audience based,” says Michael Embrey, chief executive officer of FunME Events. “In COVID, it got dissolved. Picture baseball, you can go practice soccer—you can’t practice music virtually. That killed a lot of the music programs—vocal, instrumental, dance, theater—and with that, the population declined. A lot of student groups have changed.”

A significant part of the FunME Events focus is centered on music education. Embrey, a music major in college and former band director at Northern Illinois University, has orchestrated a career in tour group travel operations. Much of his success in the space is the result of a creative bent that’s allowed him to flourish in new territory and under difficult circumstances.

Well before March 2020, Embrey designed and launched GLEE Elitch Gardens, a student music festival leveraging the draw of a renowned theme park amidst a beautiful outdoor destination in Denver, CO. Over the years, the festival has grown to attract thousands of annual attendees from around the country.

“We’re seeing the change of more localization, but the other thing we’re seeing is school groups don’t want to go to Chicago or New York City anymore because of the crime and problems,” Embrey says. “Denver is one of my big sites because it’s a clean destination, it’s environmentally safer and cleaner. It’s about remarketing.”

That willingness to be creative with what you have is what Embrey sees as the biggest opportunity for destinations and operators alike.

Student tour operators like FunME are also finding success in even smaller markets than Denver, many of which amplify their brand through sports tourism. Branson, MO, has a little more than 11,000 full-time residents, yet it’s become a world-class entertainment, leisure and sports destination thanks to attractions throughout the Branson strip and theater district and Ozark Mountains.

The Branson/Lakes Area Convention & Visitors Bureau (Explore Branson) has built a dedicated sports sales and marketing program, hosting major events like the Missouri National Archery in the School State Tournament and the Branson Grand Prix of Missouri Powerboat Nationals during the pandemic. As the sports market continues to compete for and win tournament business, the Bureau’s recommitment to the student market is also paying dividends.

“We started focusing about nine years ago on student travel. Branson was and still is a top destination for motorcoach,” says Lynn Berry, director of communications at Explore Branson. “We went from 15 percent motorcoach travel in the early 2000s down to as low as four percent, especially during the economic downturn of 2008. We started to come back up in 2013 and see it grow. It’s now about seven to eight percent of our visitors who come on a coach (bus).”

And on many of those buses, students, like athletes, are finding their Branson niche. WonderWorks opened in 2020 as an upside-down museum for edutainment before the Aquarium at the Boardwalk began welcoming guests in 2021, complementing a bustling performing arts base from which students of all ages and zip codes learn from.

“Those were my memories, going to Washington D.C. or going to Disney World for that senior trip,” Berry says. “We knew Branson could offer something that teachers could buy into, particularly the show choirs, glee clubs, the drama departments. We went after junior high, high schools, community colleges and universities. It’s made a dent, especially in the Midwest.”

Making that mark can be costly, though, and something that reinforces the value of the draw and familiarity. The investment to participate can begin with a $1,400 saxophone and extend into thousands of dollars for club sports fees alone or a weeklong student educational tour.

“It’s $3,500 for a week and that’s a big deal for a kid, and some of them have to pay for it themselves. If there’s a chance to go to Paris, which you’ve heard of and seen in movies and music videos, versus a place you’ve never heard of, most kids would choose the country they’re familiar with,” says Burmeister, who returned from his student trip to Spain in April 2022. “And then hopefully they get the travel bug in them and grow up to be someone who travels and goes to new places. Maybe more so than on the sporting side, the destination is key. It’s an investment for nothing more than travel.”

Financial and pandemic challenges aside, the sports and student markets continually intersect at the impact gained after boarding a bus or plane. As youth travel, they pick up communication and team-building skills, practice discipline to be the best on the saxophone or softball field and learn what cannot be taught in textbooks.

“When you get here, you’re going to go to the theater and see how everything is set up, and then you’re going to perform for 30 minutes on one evening before the star entertainers take the stage,” Berry says of the Branson experience. “And then the next afternoon, you’re going to come back and learn from the sound guys and light guys, what they did and how they did it. You’re going to talk to the stars about what they did to enter showbusiness. And when you get back on that motorcoach to go back home, you’ve found out that it’s a lot of work.”

That focus on in-depth learning, a feature of the student travel market, adds another important layer of context beyond destination and venue glitz and glamour. And as Embrey can attest, there is something to be learned by visiting any city, regardless of its amenities or size.

“People are looking for what to do in closer and smaller destinations. I would encourage convention and visitors bureaus to come up with more opportunities,” Embrey says. “You don’t have to go to Disney. You cannot name a city where you cannot tell me something cool about it. You can rebrand a city, you just need to know how to do it and you’ve got to make it fun for the kids.”