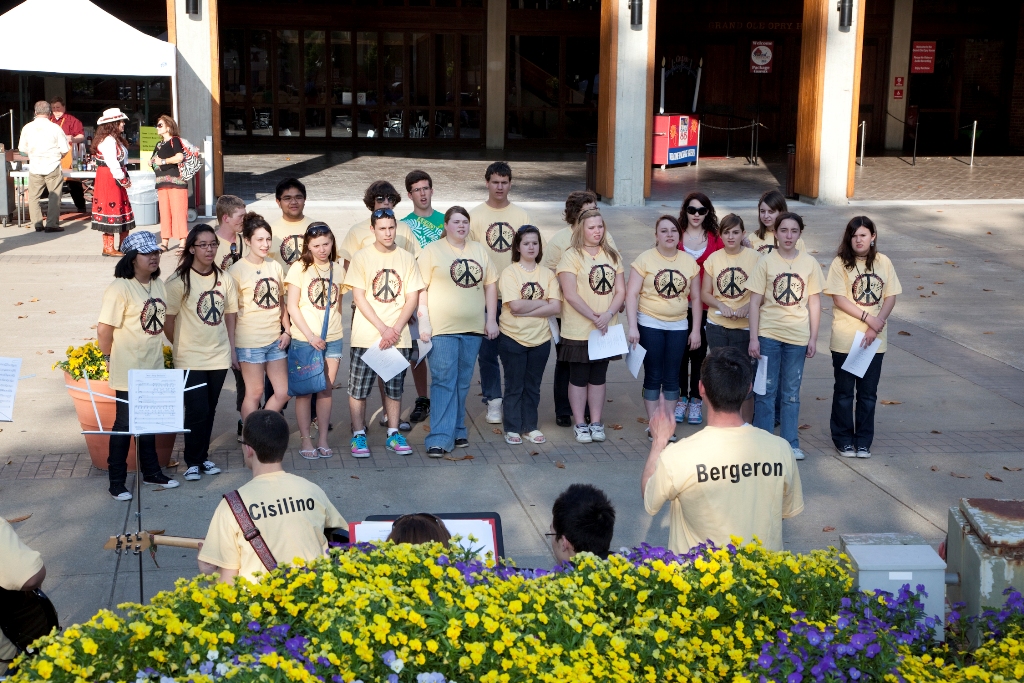 The birthplace of Mountain Dew, MoonPies and good ole Tennessee whiskey aren’t all Tennessee has on its resume. Home to the Great Smoky Mountains, country music and unique animal species, Tennessee is full of educational learning experiences. No matter the subject, student travelers will be enlightened with knowledge and ready to come back again.

Vonore’s Sequoyah Birthplace Museum delves into the fascinating history of the Overhill Cherokee. Family life, customs and beliefs are all explored, including the sadness of the Trail of Tears. Learn about Sequoyah’s influence on the Cherokee Indians, like his creation of the Cherokee writing system. Visit nearby Tanasi, the first capital of the Cherokee Nation and the inspiration for Tennessee’s name.

Typically, most people think “maybe it won’t hit the iceberg this time!” while watching the movie Titanic. Titanic Museum Attraction in Pigeon Forge explores the sinking of this famous ship and the age of immigration, featuring many artifacts that were recovered from the 1912 tragedy. The violin of Wallace Hartley, Titanic’s bandmaster, will be on display during the summer of 2016. 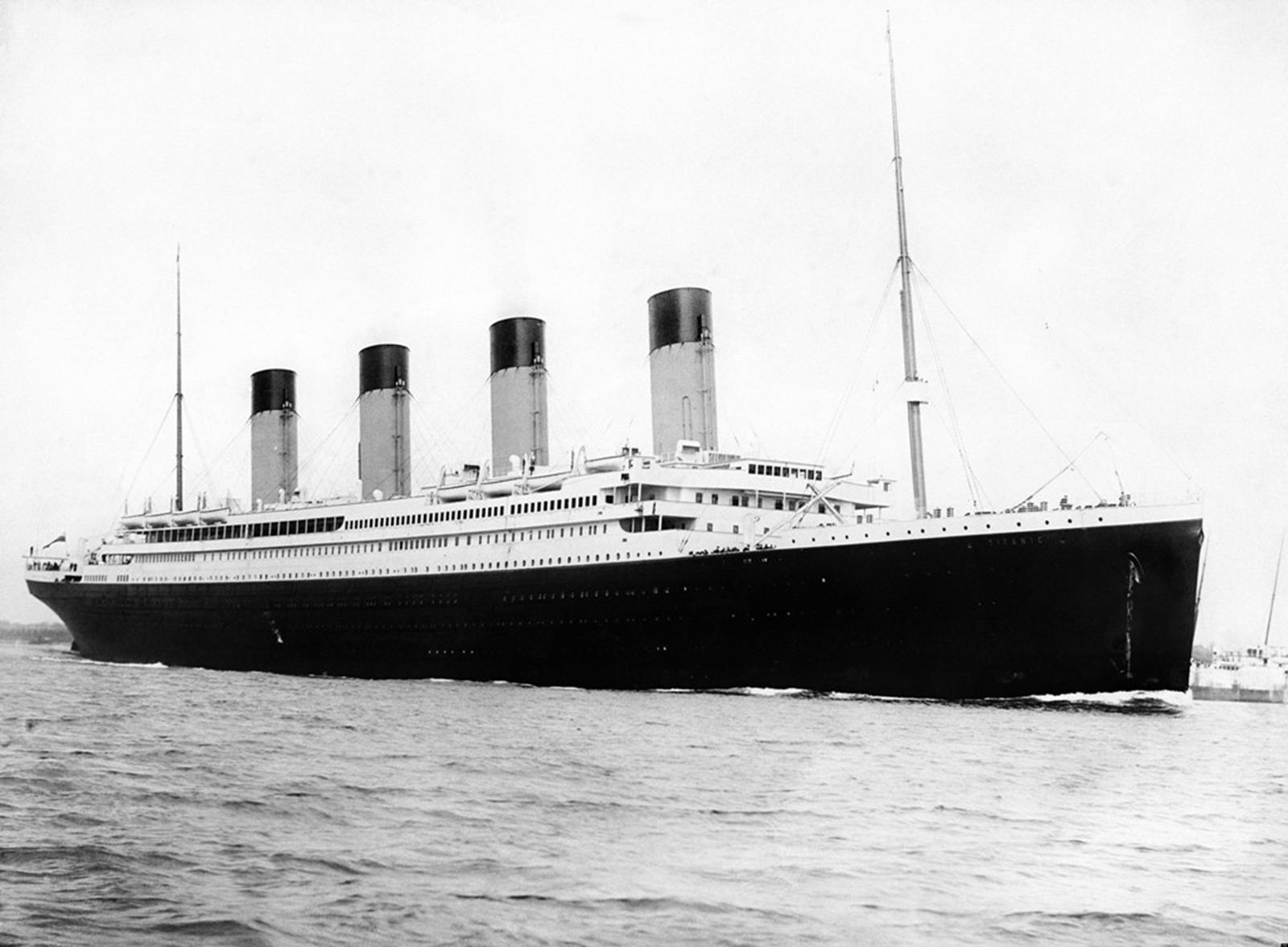 An original photograph of Titanic. Credit: F.G.O. Stuart at en.wikipedia

Get in Touch with Nature

National parks can serve as classrooms, and Yanahli Natchez Trace Parkway in Maury County does just that. Its hills and valleys not only provide a beautiful background for outdoor adventure, but also fossils and stories of Civil War heroes. Hike or bike the trails of “the Dimple of the Universe” to see 52,000 acres of natural beauty. Streams, lakes, woodlands, forests, fields and croplands are abundant in this stunning park.

Duck River is considered North America’s richest river in variety of freshwater animals—151 species of fish, 55 mussel species and 22 species of aquatic snails. Science classes will be amazed by its diversity. Canoe or kayak down sections of the 270-mile-long river to see wildlife, gravel bars, sloughs and bottomlands.

Voted top destination to see penguins by USA Today, Ripley’s Aquarium of the Smokies is a great place to stop in Gatlinburg. Weave through clear, underwater tunnels to observe 12-foot sharks, giant sea turtles and thousands of exotic sea creatures—it’s like being underwater without getting wet. Educational exhibits include Tropical Rainforest, Ocean Realm, Coral Reef, Gallery of the Seas and Shark Lagoon. Witness dive and feeding shows of stingrays and penguins and pet the horseshoe crabs. The Reef Challenge puts students’ critical thinking skills to good use to complete various challenges. 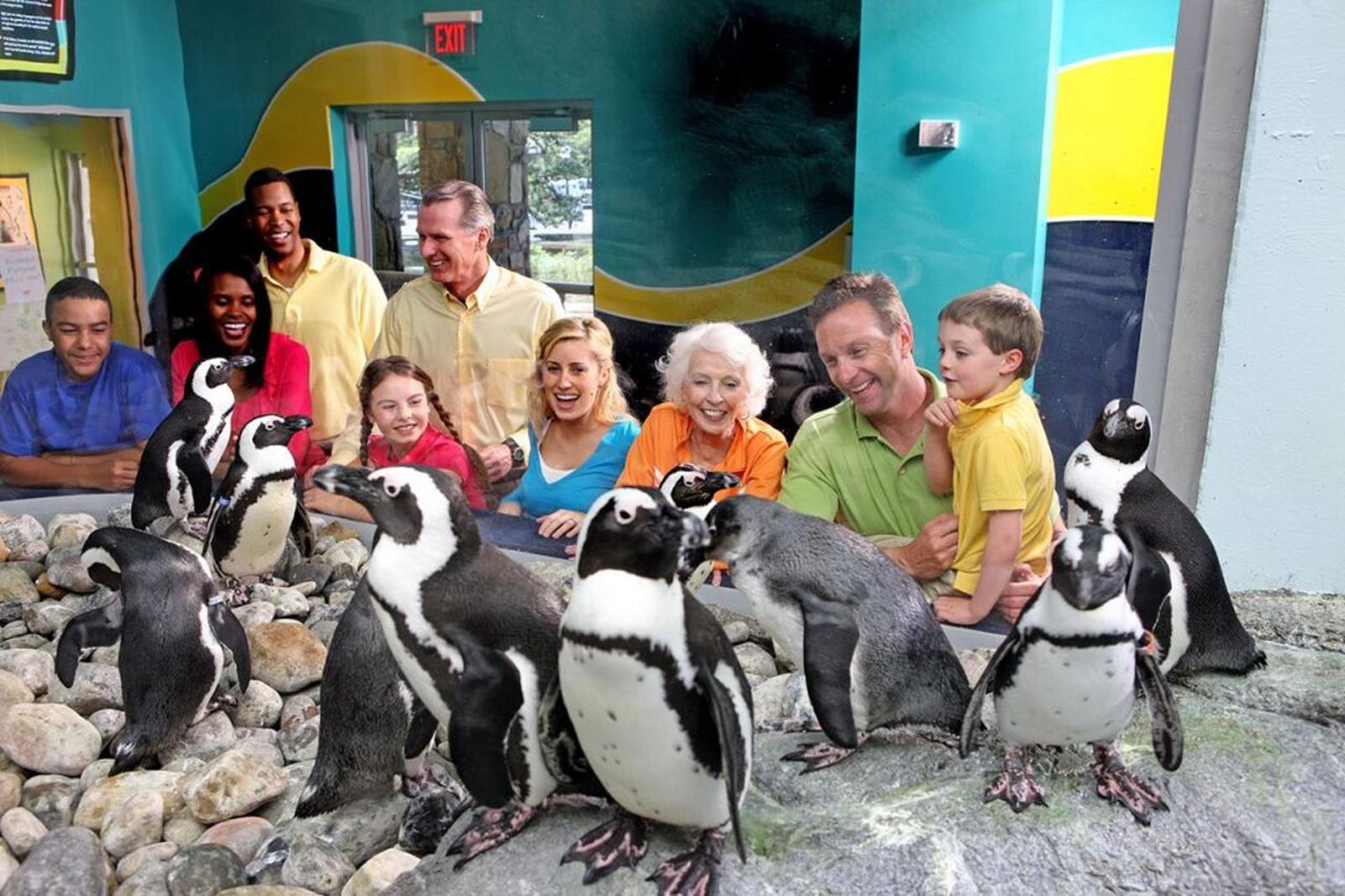 Visitors observing the penguins. Credit: Ripley’s Aquarium of the Smokies

Great Smoky Mountains National Park is renowned for its diversity in plant and animal life. One of America’s most visited parks, it offers endless activities to enjoy. Tour Cades Cove to see historical buildings like a working grist mill, and examine the world’s most diverse salamander population—a whopping 30 species. Biking, hiking and fishing are accessible in almost every crevice of the 800-square-mile park.

The Lost Sea, America’s largest underground lake, is located in Sweetwater. Wild Cave Tours include a glass-bottom boat ride to see giant rainbow trout surface and crawling through the cracks of undeveloped cave rooms. Observe the rare anthodites, a type of cave flower; the Lost Sea contains half of the world’s known formations. View rooms where jaguars once roamed, moonshine was made and saltpeter used to be mined for gunpowder.

Cherohala Skyway, a National Scenic Byway nicknamed “a drive above the sky,” connects Tennessee and North Carolina. Elevations vary from a mere 900 feet to an astounding 5,400 feet above sea level. The Tennessee side starts in Tellico Plains and rises above the Cherokee National Forest. View amazing sites like the 100-foot Bald River Falls without leaving the comfort of your car.

Country Music Hall of Fame and Museum in Nashville has four unique student tours. The Guided Highlights Tour is a multi-layered learning experience that teaches the history of country music and gives opportunities to listen to recordings and view historical artifacts. Words and Music guides students through the lyric-writing process followed by adding melodies to their original lines. Making Waves at Studio B tours the original studio of iconic country singers and the three basic phases of recording: tracking, mixing and mastering. Dazzling Designs focuses on stage costume and instrument design and teaches design details from different eras.

Legendary Sun Studio in Memphis recorded tracks by famous singers such as Johnny Cash, Elvis Presley, BB King and Jerry Lee Lewis—it launched the start of their musical careers and changed music forever. The tour takes you back to the 1950s to hear music that was created in that very same room. Learn how Sam Phillips, the producer and owner, turned a hole in the wall into a face of American culture. While you’re there, order a malt and listen to the classic jukebox. 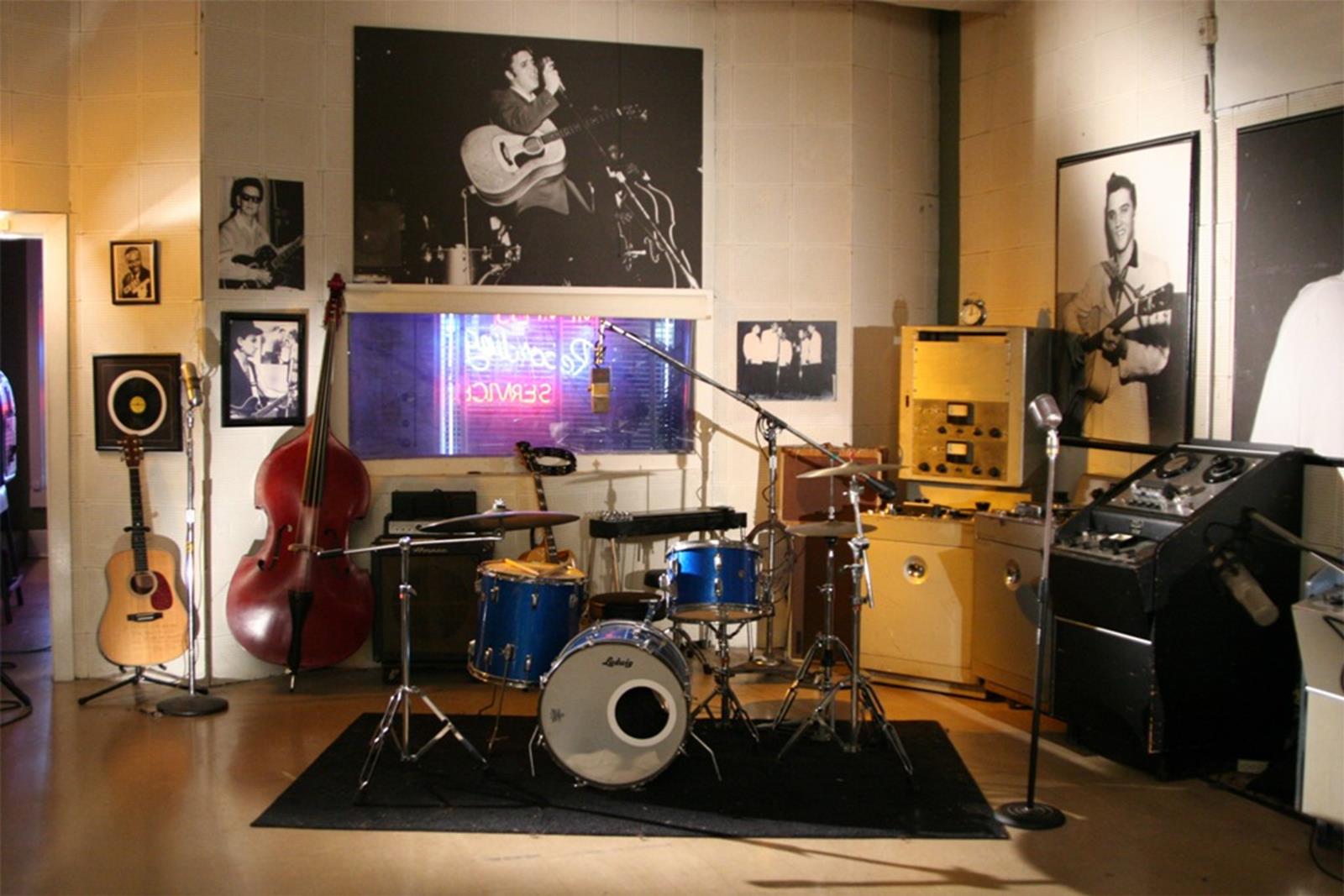 Tour Elvis’ home, the King of Rock ‘n’ Roll, at Graceland Mansion in Memphis. Experience Elvis like never seen before, starting from his humble beginnings to his rise of fame. A typical tour includes seeing personal mementos, movie memorabilia, stage costumes and his famous car museum. 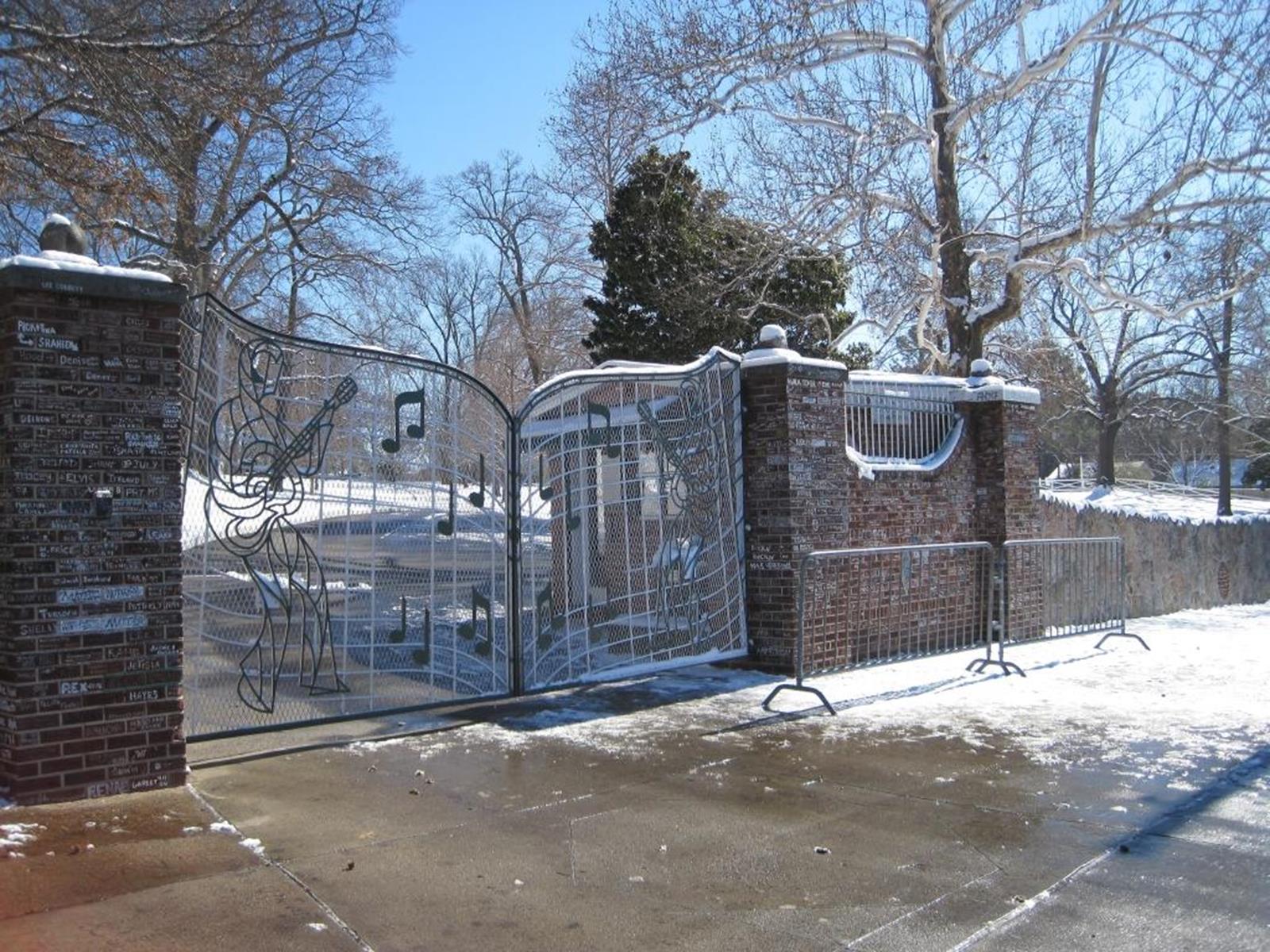 Perform Your Butts Off!

Nashville is home to the longest-running live radio program in the world, the Grand Ole Opry. The show that made country music famous in 1925 provides exclusive performance packages for student groups. The thrill of performing at the Grand Ole Opry House, prime seating at a show following your performance, dining at one of the three Opryland-area restaurants and backstage tours are all included—and recognition from the Opry House for the performance, of course. 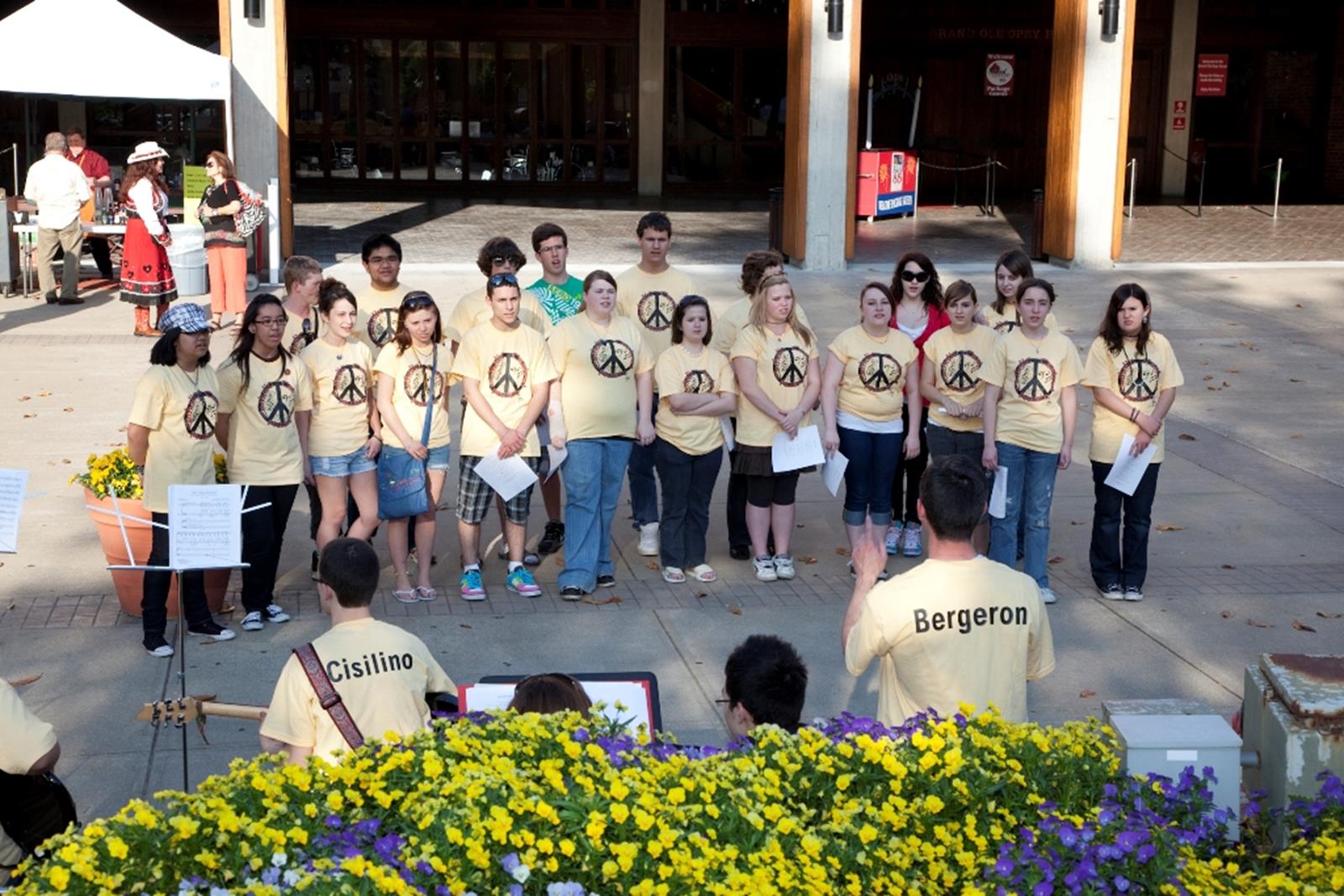 While watching one of the old-fashioned shows at Sweet Fanny Adams Theatre in Gatlinburg, students may get the chance to participate in a vaudeville-style show. The theater also provides classes designed to improve students’ live performance skills: Improv for All, Clowning Around or Vaudeville. 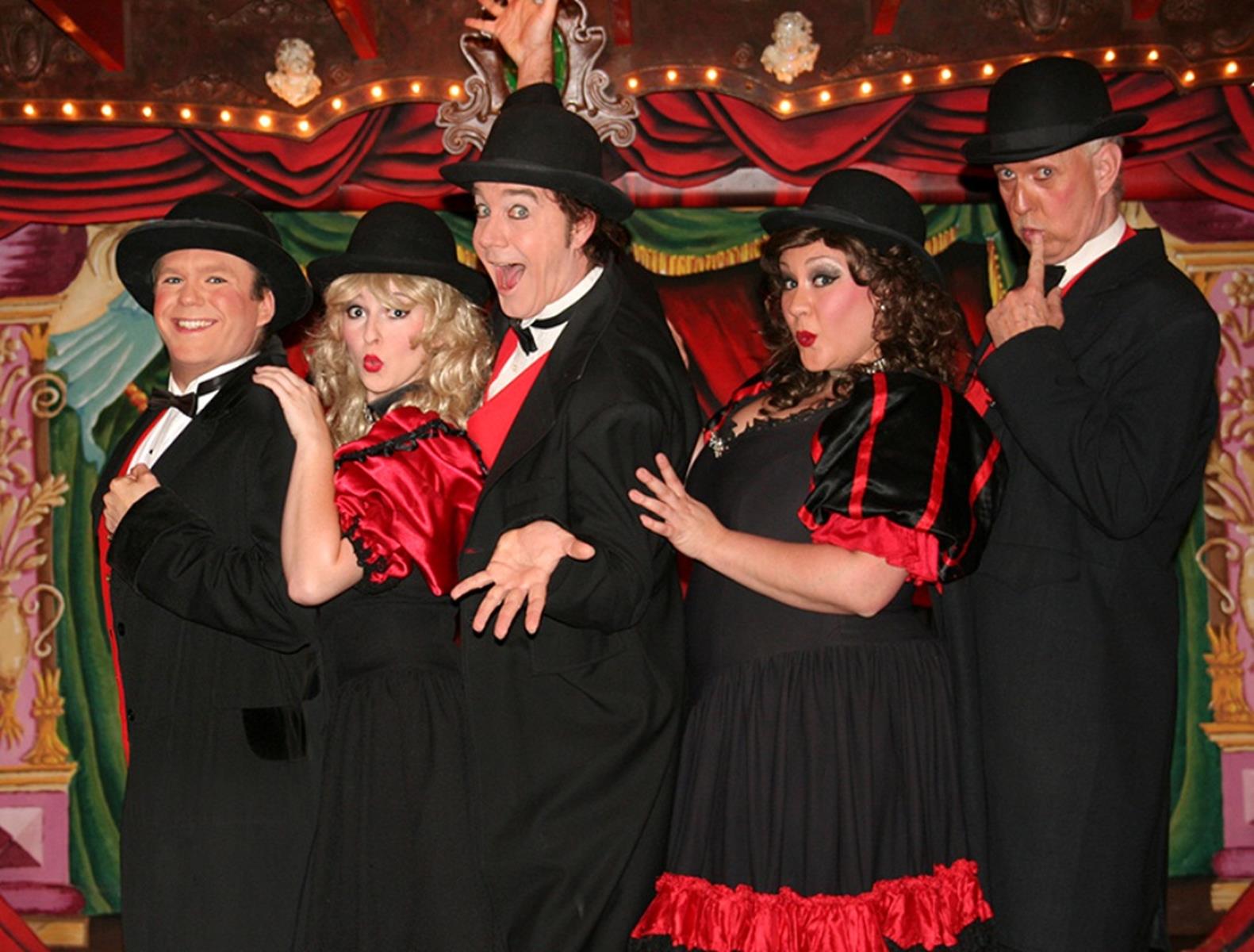 The cast of the theater. Credit: Sweet Fanny Adams Theatre

The Grand Majestic Dinner Theater in Pigeon Forge is superb for student performing groups—two live shows, an all-you-can-eat buffet, a chance to meet the cast and performance opportunities in front of a live audience make for a successful experience. Smith Dinner Show was voted “Best Show in the Smokies” for the last seven years.

From revolutionizing music to having some of the most breathtaking mountain views in the country, Tennessee will give student groups an experience that can’t be beat. Comment on your favorite attraction below.