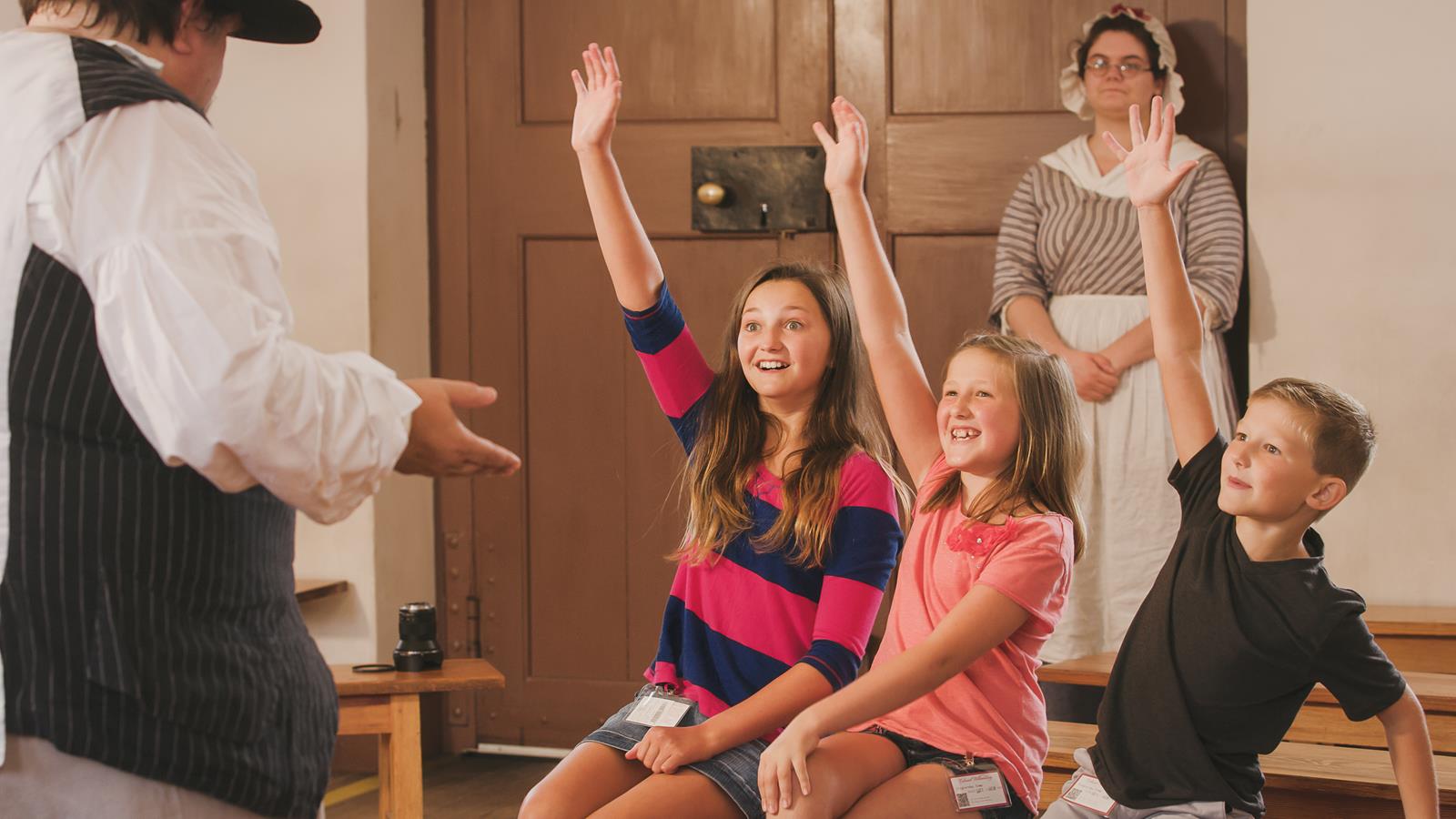 Trying to imagine how life might have been or how people lived their everyday life in the past is no easy task. Sure, you could read a history book, watch a documentary or visit a museum, but none of these so perfectly immerse you in historical life like trip to Colonial Williamsburg.

At Colonial Williamsburg, you don’t just see artifacts like handmade nails, swords or muskets behind glass displays—you can see them created in a blacksmith shop or marched with in a military parade. You can meet and talk with the living museum’s “Nation Builders” like young George Washington and Patrick Henry and hear their firsthand stories through the museum’s mock trials and interactive activities. As the largest living museum in the nation, Colonial Williamsburg isn’t just about learning about the past— it’s about walking in it.

Scouts young and old, boy and girl are called to take part in Colonial Williamsburg’s unique American Cultures Merit Badge Tour. Over the course of the three-hour guided tour led by a certified Merit Badge instructor, scouts learn about the European, Native American and African cultures that co-existed in colonial Virginia and how they shaped the nation we know today. Together they’ll discover the various religions of the time and see how they evolved and changed with American independence and religious freedom. Finally, they’ll visit the home of Peyton Randolph and learn the life and hardships of the many slaves in the area, and how many African-Americans strived and struggled to be free. 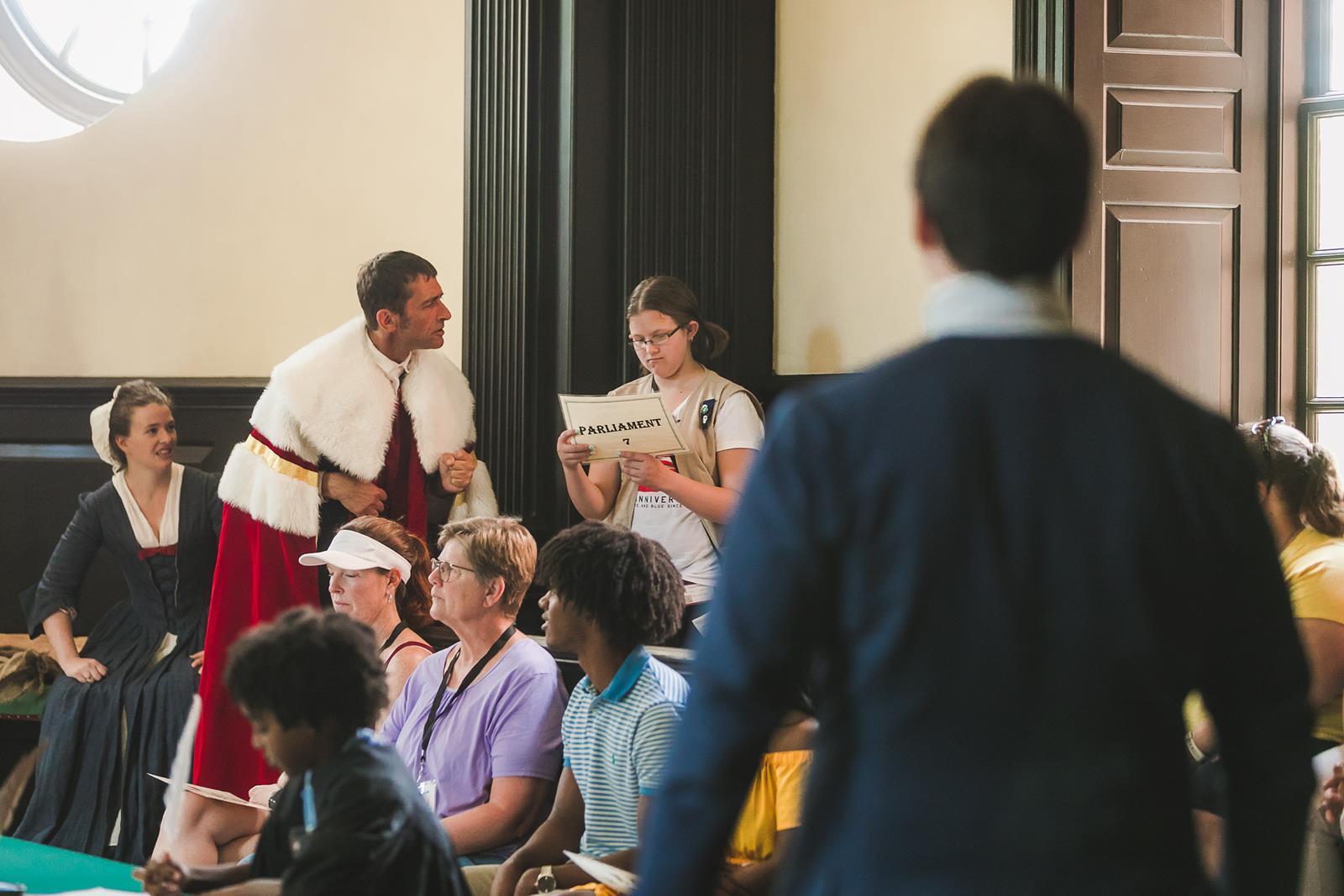 For Girl Scouts, a similar adventure awaits in the Playing the Past Tour. This tour last the same length and is led by a Merit Badge-certified instructor that focuses on the many women that lived in Williamsburg and their stories. Scouts will learn about the daily life of colonists in a world without modern technology or amenities. At the end of the tour, they’ll learn about the diversions (like dancing, storytelling and music) that brought meaning and enjoyment to their lives.

This year brings a plethora of new programs and opportunities to be immersed in the past. Talk with the newly introduced Young George Washington, for instance, and learn about the early struggles and triumphs of his life and how it affected his famous later years.

Emotions like fear and excitement are timeless, and with the help of some of the new museum’s new programs, you can experience both. On the new Shadows of the Past, students are led through many of the sites historic buildings as costumed storytellers terrify them with a mix of tales from the modern and colonial eras. Not a fan of ghosts? Break into groups and take part in the town’s escape room, Spies and Lies, where the clock ticks down and only with quick-thinking and teamwork can a spy’s life be saved from the clutches of King George. 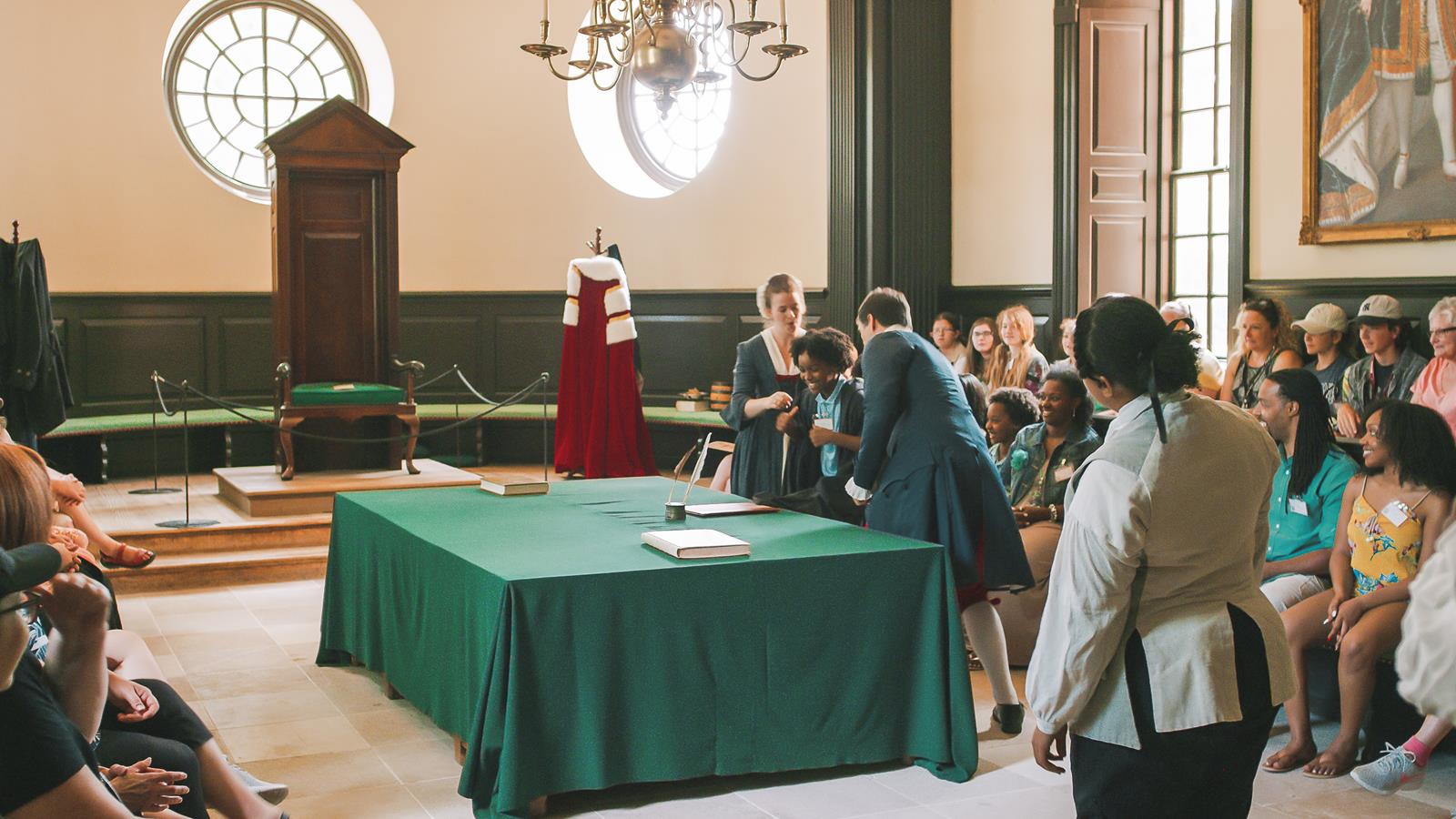 Become part of the show and take part in Resolved, An American Experiment, which transports guests to the 5th Virginia Convention of 1776 (where Virginia created its first constitution and declared itself an independent state). Guests play the roles of Parliament members, Burgesses or even Patrick Henry as the debate for independence rages. The show also explores the dynamics of race, class and gender as they were understood at the time of America’s creation and how they played into the decision for freedom.

Hoping to fit a tour around your current curriculum? The Customized Guided Tour is just what you’re looking for. This three-hour guided tour includes many options for interactive experiences along with pre- and post-activities and general admission into the exhibition building, trade shops and homes of the Revolutionary City. Interactive activities to choose from include mock trials, drilling with the militia, assembling a bucket, trying on period clothing, dancing and more. The museum is ready and willing to help craft the tour so your students come away from the trip with your lessons brought to life and reinforced.

You can spend all day in a library trying to imagine how the past looked and felt, or you can go out and see for yourself. When history is happening right before eyes, it’s hard not to pay attention, and Colonial Williamsburg offers a chance to see just that. Take your class on the educational adventure that will engage them and breathe new life into history, and they won’t soon forget it.