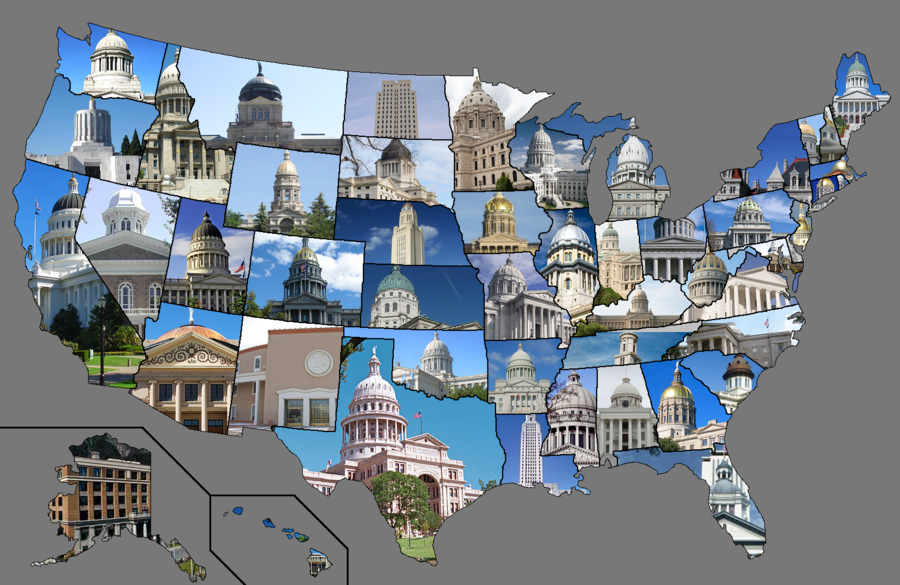 Many buildings, though large and beautiful, look pretty much the same. But these 10 capitols stand out for their architecture, art or unique memorabilia: 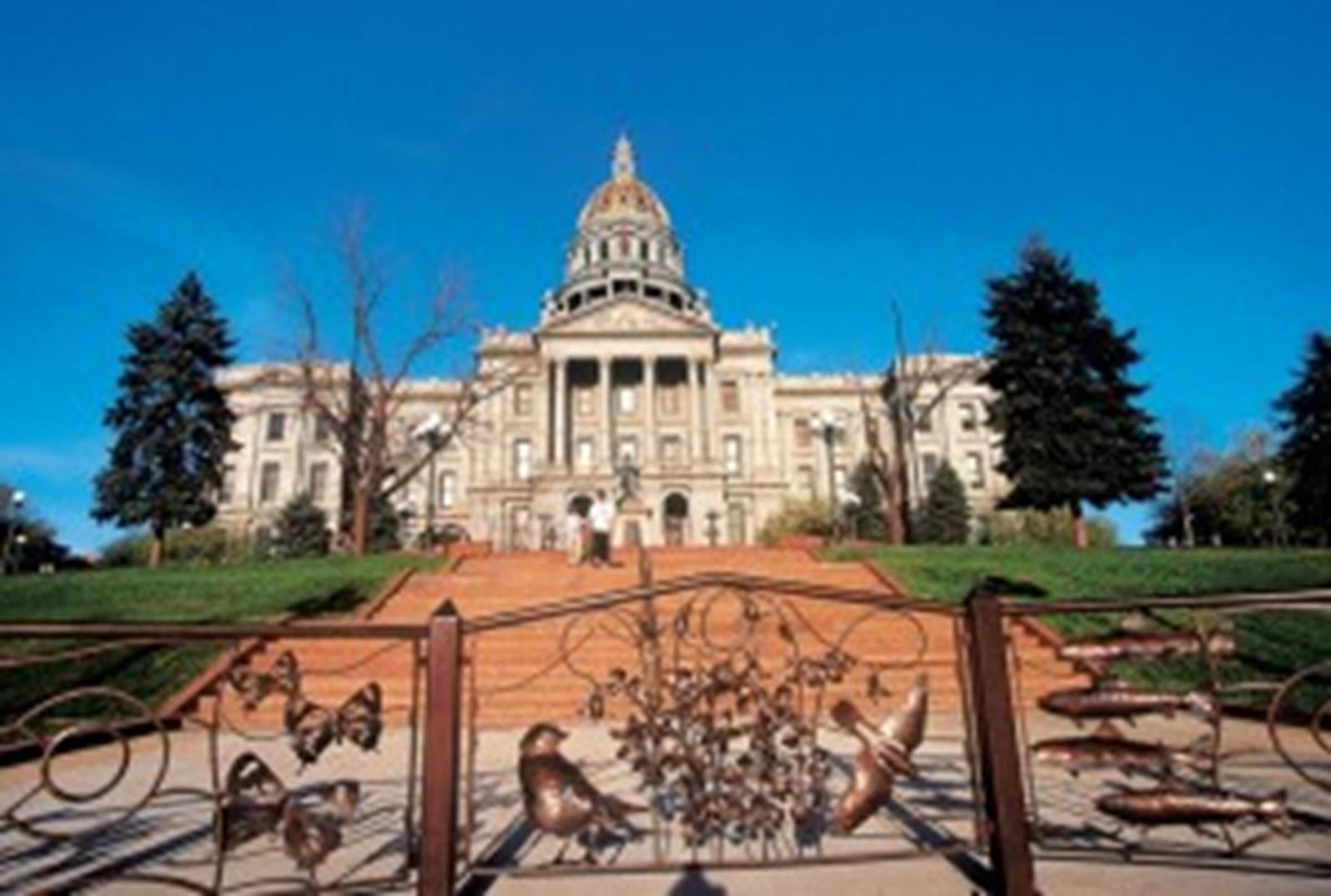 In keeping with Denver’s nickname Mile High City, a marker on one of the capitol’s west entrance steps indicates that it is exactly one mile above sea level. The gold dome’s observation deck affords great views of the Rocky Mountains. Made out of white marble quarried at Yule Creek in Gunnison County, the interior also features Colorado rose onyx throughout. Murals painted by Denver’s Alan True represent the development of Colorado’s water resources. The mural descriptions were written by Colorado poet Thomas Hornsby Ferril. Other features include a gallery of oil portraits of U.S. presidents, a hall of fame honoring significant Coloradans depicted in stained-glass windows and bronze elevator doors portraying the history of Colorado. The building’s exterior is made of Gunnison granite quarried at Beaver Creek.

Lining the halls of one of the oldest capitol buildings in the U.S., designed by renowned architect Charles Bulfinch, hang portraits of Massachusetts governors and murals depicting the state’s heritage. Statues decorate the Boston capitol grounds, which span two city blocks. The building which dates from 1798, also features Nurses Hall containing historical memorabilia, a Hall of Flags commemorating Massachusetts soldiers, state seals on a stained-glass window and a large golden dome.

Interested in Boston? Check out these articles for more great student travel ideas: 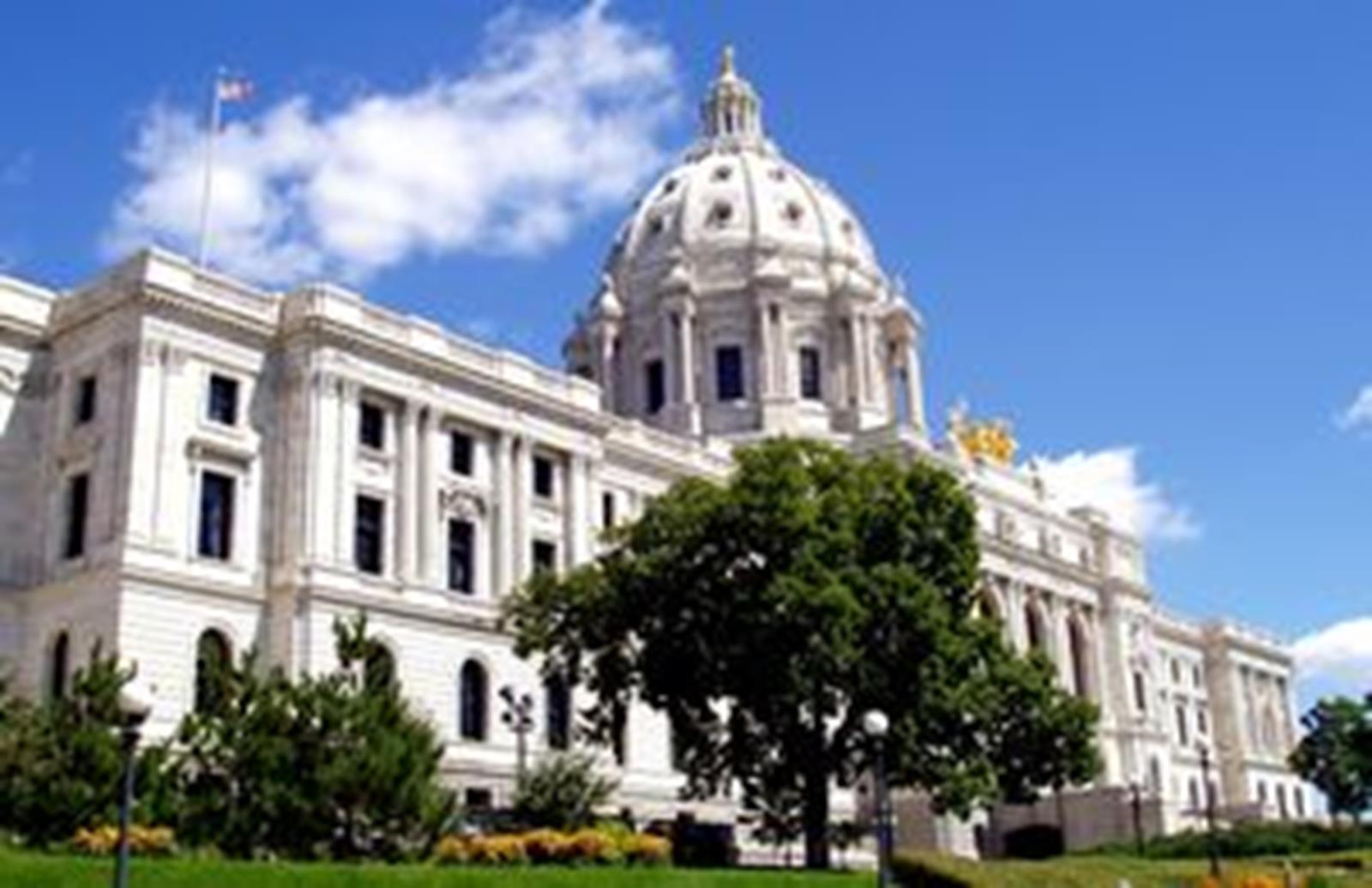 The capitol building in St. Paul provides tours specializing in subjects ranging from art and architecture to women’s history and the Civil War. The exterior features a marble dome and six marble statues above the main entrance. Hand-painted ceilings in the hallways depict grains and fruits grown in Minnesota. Visitors can dine in the Rathskeller Cafeteria, which was designed to resemble a German eating hall. 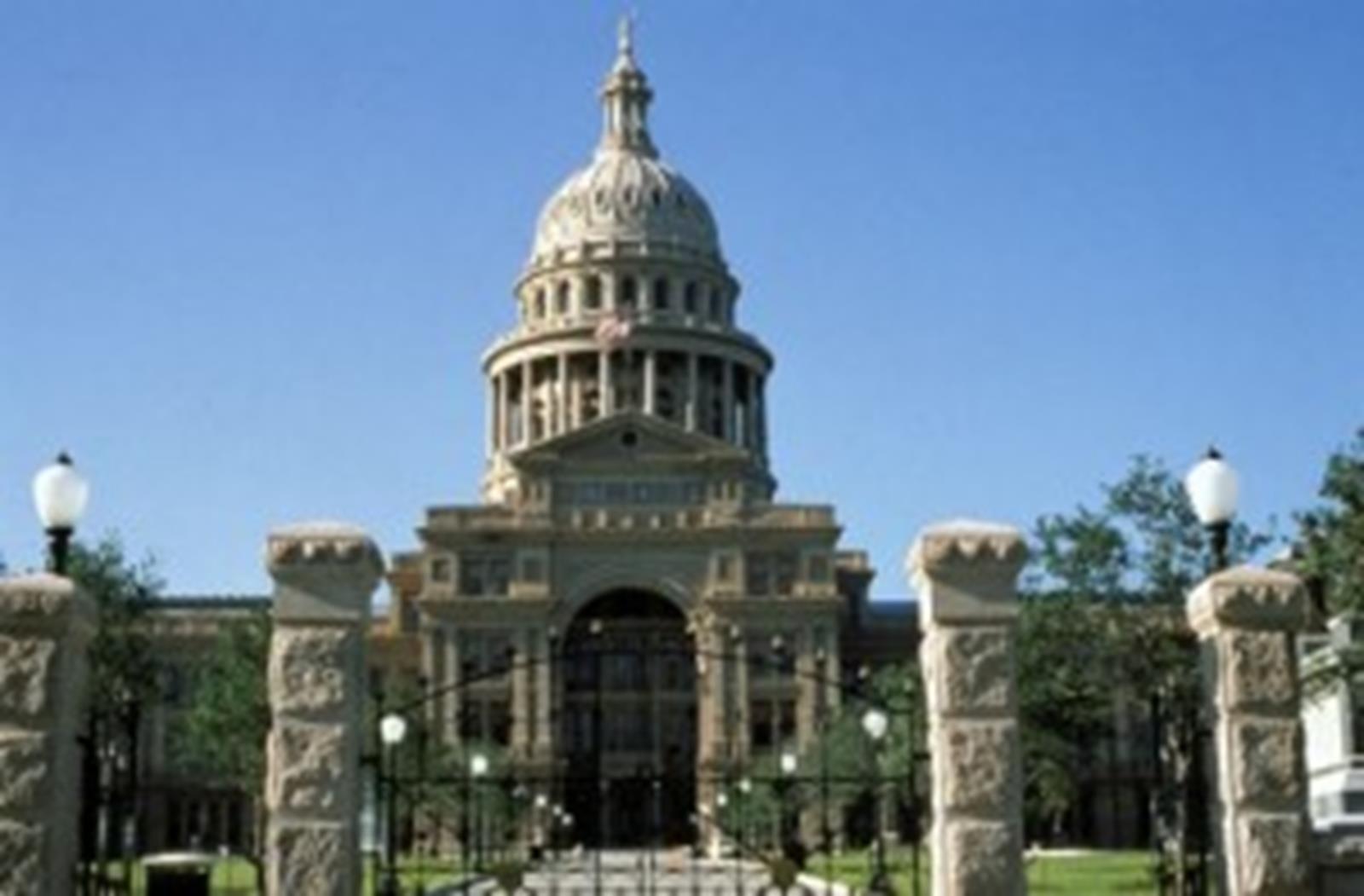 Everything’s bigger in Texas, including the capitol building. It’s the largest in gross square footage of all state capitols and is the second biggest after the U.S. capitol in Washington, D.C. Built in Austin in 1888, the building is located on one of the city’s highest points with impeccable views from atop the dome. The exterior is covered in “sunset red” granite with a limestone foundation. Monuments are scattered throughout the capitol’s 22 acres including heroes of the Alamo, volunteer firemen and Confederate soldiers. 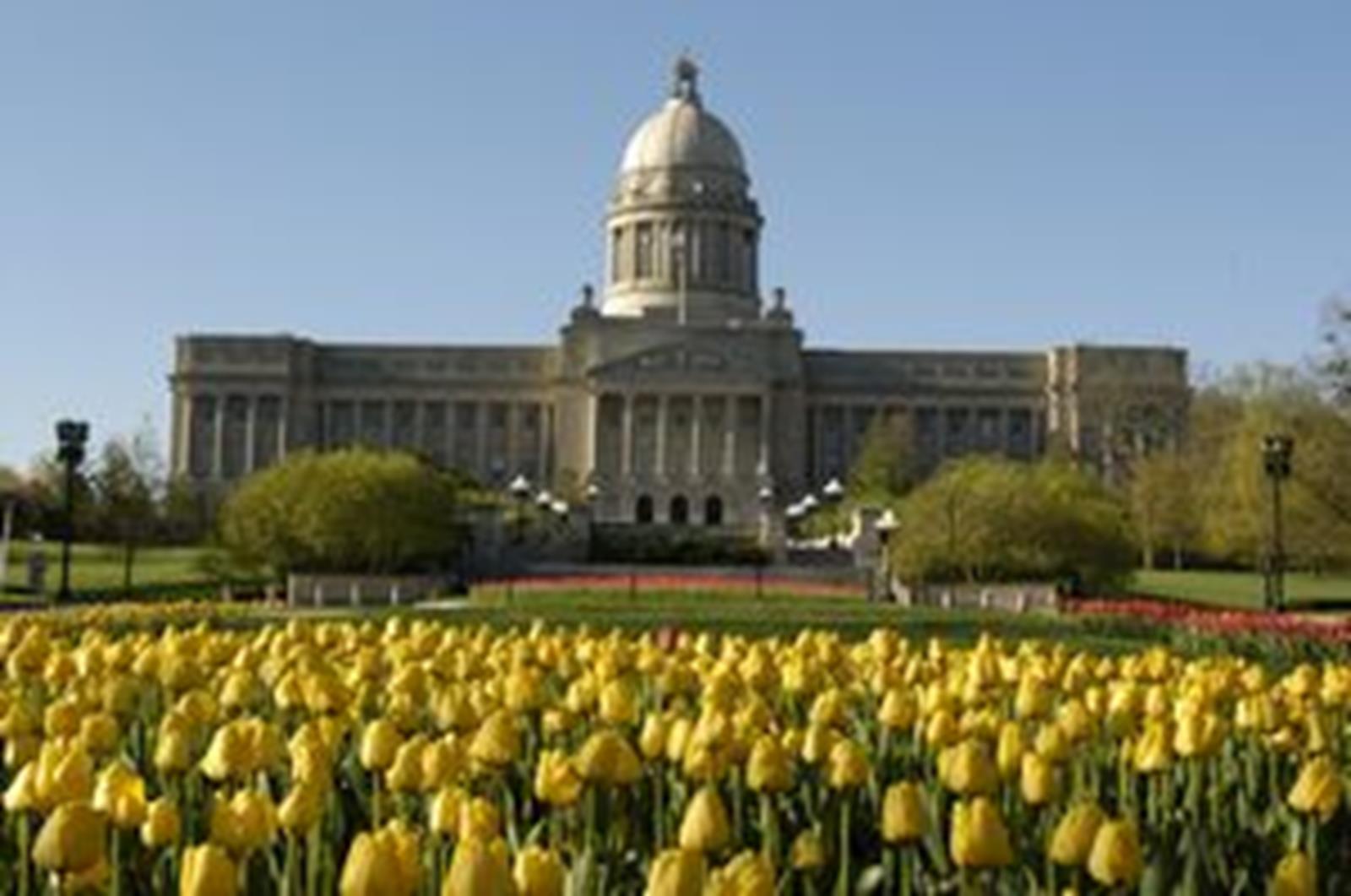 The capitol building in Frankfort was completed in 1910. The walls of the State Reception Room are hand-painted to look like tapestries and the walnut furniture is hand- carved. The interior is made of white Georgia marble, gray Tennessee marble and dark green Italian marble. A hall leading to the rotunda features art glass skylights that light up your pathway. Statues of famous Kentuckians including Abraham Lincoln surround the rotunda. Watch stories unfold with oil-painted lunettes above each staircase depicting frontier scenes with Daniel Boone. The floral clock just behind the capitol is impressive, resting over a pool of water. It is 34 feet wide and contains more than 10,000 plants.

Interested in Kentucky? Check out these articles for more great student travel ideas:

In Hartford’s Bushnell Park stands the ornate capitol building of Connecticut. The Victorian Gothic-style building was designed by a cathedral architect. The exterior is made of Connecticut marble and Rhode Island granite with a gold dome. Stained-glass windows and historical memorabilia decorate the inside. 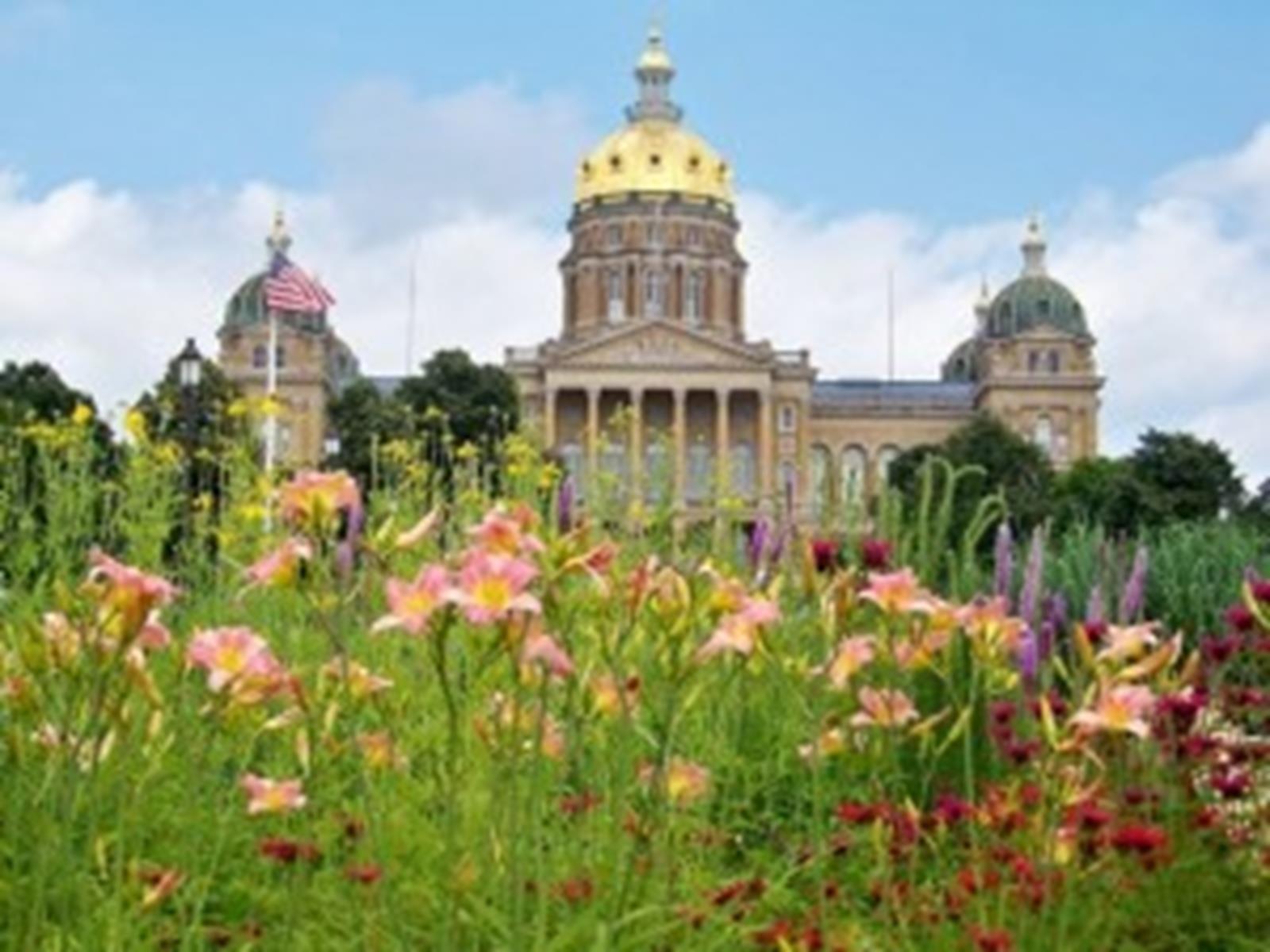 See the glass floor of the Iowa capitol building in Des Moines. (Photo Courtesy of the Greater Des Moines Convention and Visitors Bureau)

The capitol building in Des Moines was completed in 1886. The building features a glass floor on the first level, a golden dome and a grand staircase. Each chandelier in the Senate chamber weighs 500 pounds, and each chandelier in the House Chamber has 5,600 crystals. The interior consists of 29 different types of marble. Visitors will see a doll case featuring replicas of each governor’s wife; a display of battle flags carried by Iowa soldiers from the Civil War, Spanish American War and World War I; and a model of the battleship USS Iowa.

Constructed in three stages, the capitol building in Charleston was completed in 1932. Architect Cass Gilbert, who designed one of the world’s first skyscrapers, also designed the Minnesota and Arkansas capitols. The gold dome is five feet higher than the U.S. Capitol’s and is gilded in 23½-carat gold leaf. 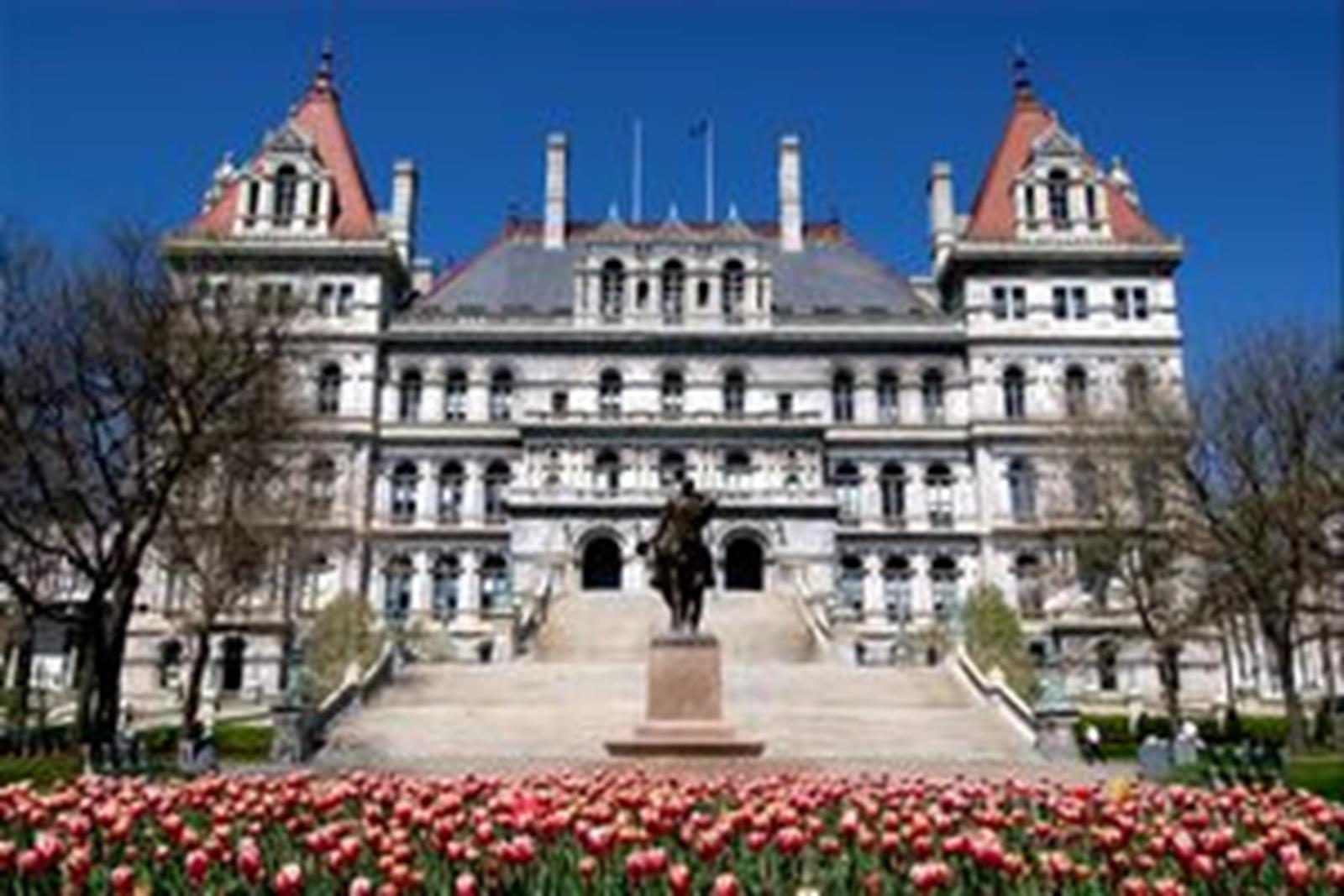 What makes the capitol building in Albany interesting is the blend of Italian Renaissance, Romanesque and French Renaissance styles. The original designer was replaced, accounting for the mix of styles. Though much of the building’s original features were lost in a fire or completely renovated, the architecture and interior design are still impressive. The capitol boasts three indoor staircases intricately carved from different types of stone. 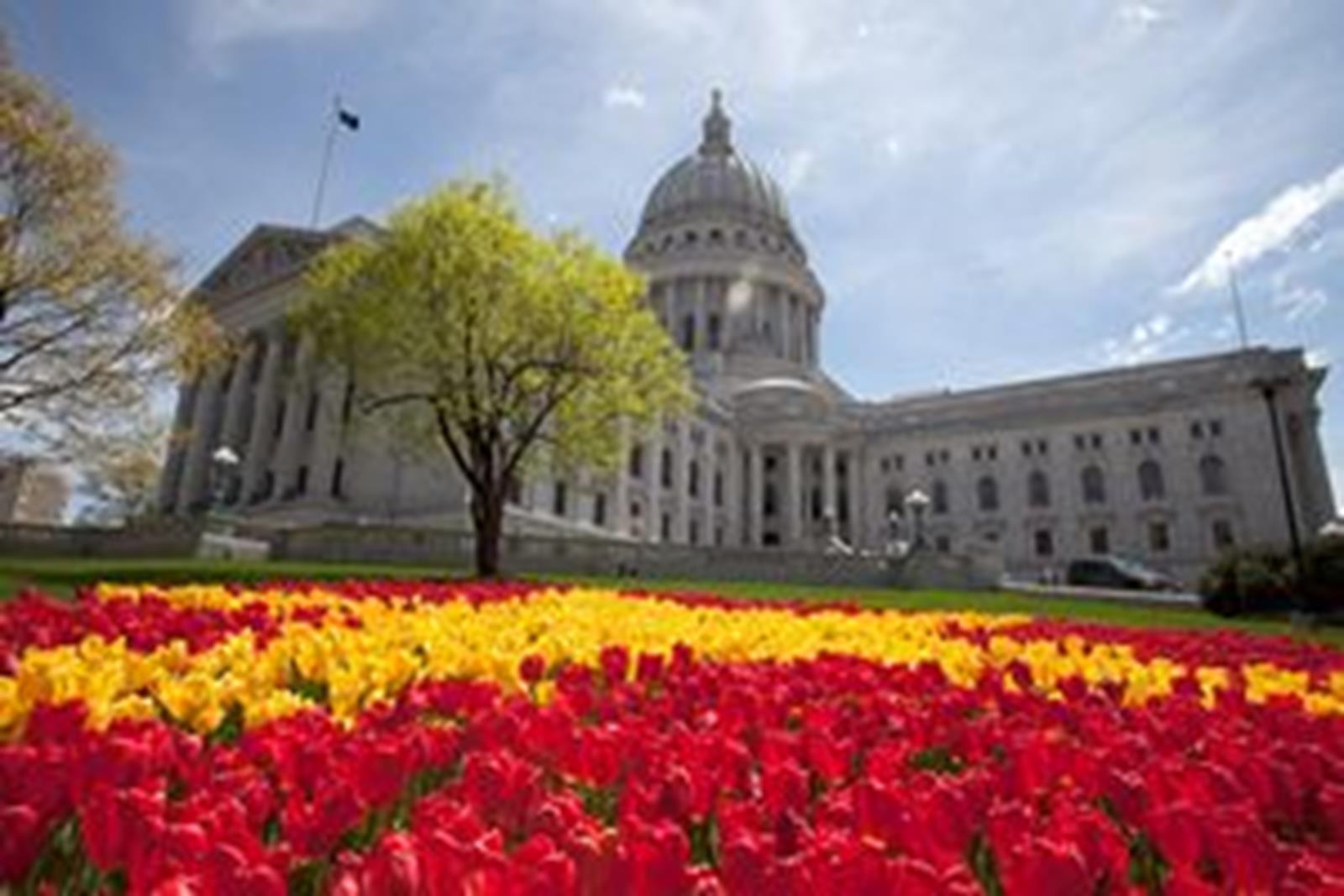 Tour the Madison capitol building is in the shape of an “X.” (Photo Courtesy of Greater Madison CVB/ John Maniaci)

In the shape of an “X”, the capitol building in Madison provides a great view from any angle. It is the only state capitol built on an isthmus and has the only granite dome in the U.S. Murals, hand-carved furniture, glass mosaics and European marble embellish the interior.